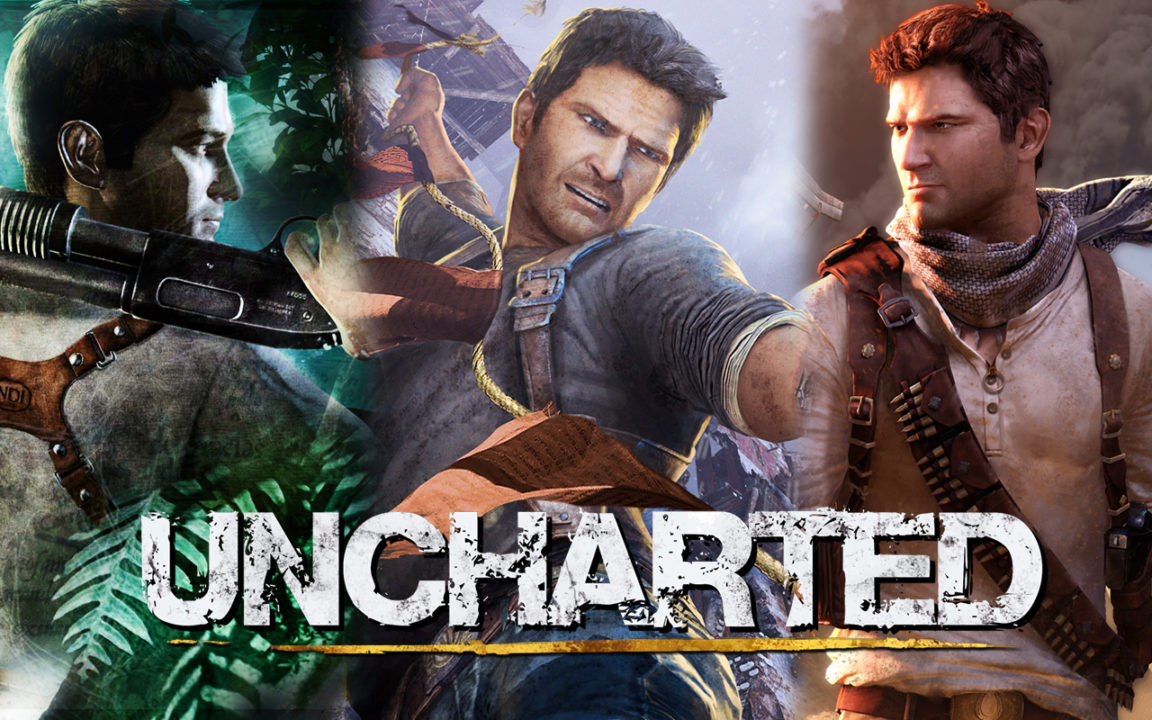 With a few short weeks until we get to play the Uncharted Trilogy on the PS4 and Uncharted 4 hitting shelves in March next year, I thought I’d take a look at some of the best Uncharted moments so far:

Some of the best moments in the Uncharted Trilogy are the huge action set pieces, and while I’ll get to a few of those soon enough, this certainly isn’t one of them. Part of what makes playing as young Nathan Drake so cool and memorable is the surprise of it. It wasn’t promoted at all in any of the trailers and my first experience with it was sitting down to play Uncharted 3 on its release in late 2011. Being the third game the series needed to innovate, not just technically but the narrative as well. Making Uncharted 3 a much more personal story while still keeping those pulp action sequences and pace was a welcome new direction and the young Drake sequence near the start of the game was the best way to do so. Seeing Nate and Sully meet for the first time and begin their unique relationship was great and needed to up our investment in the duo for what comes later in the game. The voice/motion capture actor for young Drake is superb and the character genuinely feels like a young version of the charismatic hero we have loved in the first two games. He’s street smart without already being a gun-toting adventurer. At a gameplay standpoint, the foot chase is different from those we have seen before and, as always in the Uncharted series, the graphics are impeccable.

Now it’s time for one of those big action set pieces and this is without question the best. Unlike the young Drake moment from Uncharted 3, the train sequence was all over the advertising for Uncharted 2 but the main thing is that it didn’t disappoint. Who thought 30 minutes of hopping from one train carriage to another could be so enjoyable. The sequence is incredibly diverse considering the setting (on what seems to be the world’s longest train). Running on top of carriages, fighting inside carriages, sniper battles in a dark tunnel, helicopter chases and the most bombastic derailment in gaming. All while Nate is running through his ever expanding lists of quips and strained grunts. More than just a classic Uncharted moment; a classic gaming moment.

I named this subheading after the subtitle to the sequel to Speed (Speed 2: Cruise Control), I hope you got that. But unlike that film this moment from Uncharted 3 is phenomenal. If boarding a pirate-ruled cruise ship during a storm isn’t high octane enough, Nate soon finds himself going down with the ship as it floods and sinks in the most destructive and visually exciting ways possible. Gunfights, climbing through 90 degree cabins and kitchens and a Buster Keaton inspired moment with a giant chandelier in just a few minutes. Forget the plane sequence and the horse/truck chase, this is the best action sequence of Uncharted 3 by a nautical mile.

Each of the Uncharted games have quieter moments and it’s Uncharted 2 which has the best. It’s the perfect palette cleanser for the train sequence which happens just before. It finds Nate wandering round a Tibetan village run by an ex-Nazi. Instead of shooting endless waves of generic enemies you just follow a local by the name of Tenzin through a village. You can interact with some kids playing hide and seek and some others playing football; you can attempt to talk to other villagers or even sniff the backside of a dirty animal. It’s a magical moment in a game so often filled with violence. The scene is a master class in visuals and sound design to make you feel like you are in that quaint little mountain village. It also builds your attachment to the place for what happens next…

And what happens next is the complete and utter destruction of said village. The children are gone and replaced by those pesky generic mercenaries and a tank that seems to be on a mission to drive through every single wall it can find. More of the awesomely designed village is assessable and this time you can jump, shoot and zip-line your way from one end to the other while trying to find a way to destroy the tank in a village full of nothing but crossbows. And one RPG at the very end. It’s fast paced and like all great Uncharted set pieces it builds and builds to an exciting climax without a single misstep. Unlike most locations, because of the time spent exploring the village and meeting its people, we are emotionally invested in what happens to it without feeling exploited.

That bit with the Gollum-looking things

Probably the scariest moment from the Uncharted trilogy happens near the end of the first game. Eddy Raja has been torn apart by those un-dead zombie things that look like Gollum (I can’t remember what they are exactly because it’s been a while since I’ve played the first game). Now the scary monsters are coming for you; well, for Nate, but you’re controlling Nate so it’s kinda you they are going after. Instead of leaving the creepy tunnels you have to go in even further to switch on the power (or some other over used video game quest). In the dark the mutants creep up on you and you have nothing but a shotgun and limited ammo to fend them off. It’s a scary sequence and unexpectedly so for a game inspired by the pulp adventure genre. It would seem the team over at Naughty Dog drew on their experience of this moment for those even more creepy Clicker encounters in The Last of Us.

So what’s missing from the list? One of my honourable mentions or something else entirely? Let me know in the comments or on Facebook/Twitter @kylebrrtt. Like, subscribe, check out the great content onsite and join me next week for another dose of First Time Writing.

EGX Part One: The Bad News

Tanked Up 20 – Konami ‘City of Gangsters’