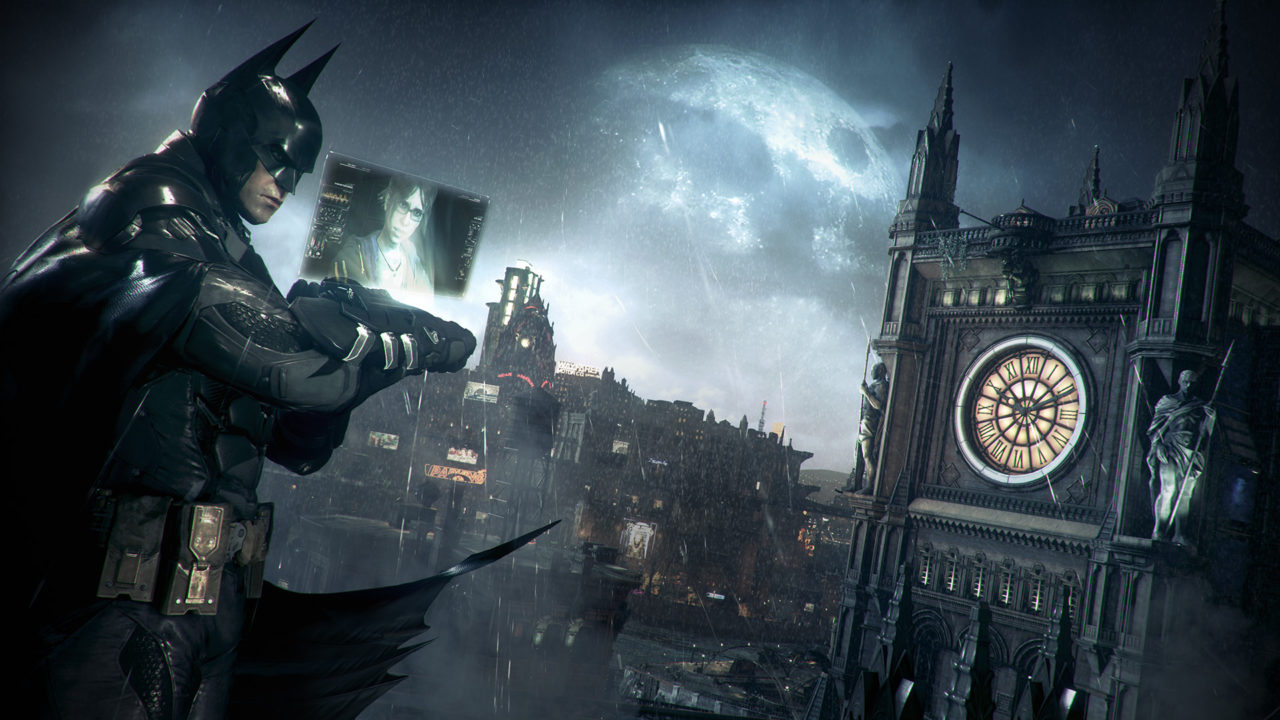 Should the Batman Arkham Series Continue?

I’m a big fan of ambiguous endings; I’m one of those weirdos who even likes the ending of Lost
by Kyle Barratt 29/12/2015

The following article contains spoilers for the Batman Arkham games and the animated movie Batman: Assault on Arkham.

The Batman Arkham series feels unique in the saturated gaming landscape. With the combat of a fighting game, an atmospheric and dense open world and a storyline merging events from the comics and the 1990’s animated show with brand new ideas it’s one of the best game franchises around. Except it’s not around anymore. Or is it? Rocksteady Studios, the developers of the core three games in the series have stated they are done with the Arkham series with Arkham Knight being the big finale. Batman: Arkham Knight was certainly a big finale and its ending was both ambiguous and fulfilling in equal measure. Some may say that Arkham Knight should stay the final game with the storyline told throughout the trilogy (and Origins) wrapped up nicely but I can’t helping thinking there are more places to go with the series.

I’m a big fan of ambiguous endings; I’m one of those weirdos who even likes the ending of Lost and so I loved the ending of Arkham Knight. One of the main issues with continuing the series with a sequel would be that it would make the ambiguity of the ending irrelevant because we would have an answer to who it was we saw at the end of Arkham Knight. No longer would we be able to theorise whether it was Bruce Wayne returning as Batman after faking his death, whether it was someone else taking on the bat mantle (either the reformed Jason Todd or Nightwing) or whether it was no one; maybe the legacy of the Batman lives on and the criminals imagined seeing him or those criminals were at Gotham when Scarecrows fear toxin took hold and is still giving them hallucinations. With a straight-up answer the ending will fall flat and so if the series does continue it cannot be in the form of a sequel.

And so that leaves a prequel. The Arkham series dabbled with a prequel before with the Warner Brothers Montreal-developed Batman: Arkham Origins. Reception of this instalment in the series is mixed and while I don’t think it is as good as the others it certainly has its merits and overall I would say it is underrated. I do think a prequel could work very well with it being set between Arkham Origins and Arkham Asylum. Ra’s al Ghul could be a major villain along with Talia because from Arkham City we know there is a lot of history between them and not just the events early on in the timeline when they trained him. It could be set shortly after Joker ‘kills’ Jason Todd allowing us to see the Batman/Joker relationship in a new way. The game could also include Batman encountering characters like Harley Quinn, Victor Zsasz, Poison Ivy and Scarecrow for the first time. Gameplay would be an evolution of what we have seen before, Batmobile included but this time with less of those tiresome tank battles.

A spin-off is also on the cards; who said a continuation of the Batman Arkham Series had to contain Batman? The ending of Batman: Arkham Origins set up the Suicide Squad with Amanda Waller asking Deathstroke to join the team. We since got a Suicide Squad animated movie set within the Arkham games continuity which included characters like Deadshot and killed off Amanda Waller however Deathstroke wasn’t included. Maybe it’s because we will be getting a game with Deathstroke as a protagonist set between Arkham Origins and the animated movie Assault on Arkham. I’d certainly like to see that especially if Batman were to make a limited appearance.

Another cool spin-off would be a game with another superhero in the lead role, maybe Arrow or Cyborg. It could be set within the same continuity as the Arkham games with Easter eggs and the odd character crossing over while making it its own series with a unique tone. We could also go one further by having the continuation of the Arkham series be a full-fledged Justice League game with Batman as one of multiple lead characters along with Superman and Wonder Woman. It would certainly be tricky, with unique powers for each character having to be balanced without them feeling overpowered and coming up with a plot good enough, but if they got it right it could be awesome.

So who are ‘they’ in this situation? Who should develop the next installment in the Arkham series? If it is a spin-off like a Justice League then it could very well be that Rocksteady are making it because it wouldn’t exactly be a game in the Arkham series. If it is another proper Batman game in the franchise then it would probably be Warner Brothers Montreal because they have had experience with the series and hopefully they have learnt from the mistakes they made with Arkham Origins to deliver a great game this time around. It is also possible that they are making a Deathstroke/Suicide Squad game because of that post credits tease involving him at the end of Origins. Truth is that I’ll be happy whoever does it. Just as long as it’s not a sequel.

Do you want to see another game in the Batman Arkham series? Let me know in the comments or on Facebook/Twitter @kylebrrtt. Like, Subscribe and why not have a look at all the awesome stuff on the site like the many podcasts and blogs. I’ll be back next week so come back then for some more First Time Writing.