When is the right time to release a new console?

"I get the distinct feeling that the estimated 12.6 million Wii U owners are serious Nintendo fans"
by Guest Author 02/05/2016

With the recent announcement of the release date of Nintendos next console concept, the NX, during an earnings call, there has been some speculation as to the fate of the Wii U. Many fans had purchased the older console with the hopes of using it to play a new main entry in the Legend of Zelda series, but have been left disappointed in the knowledge that the game will also be making its way to the NX, seemingly as a launch title. 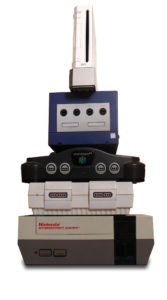 How will the newer console “stack up”?

This got me thinking, when is the right time to release a new console?

Nintendo has, at least recently, released a new home console every 5 or 6 years, so the announcement that the NX will launch in March 2017 doesn’t buck the trend in that regard. Even going as far back as the NES, it was only 7 years before the SNES was released to supersede it.

With regards to the other two gaming giants, last console generation took a slightly longer form, with the PS3 being around for 7 years, and the 360 being on shelves without a successor for 8 (and until very recently was still in production). Couple this with the fact that the Wii kept going for quite some time after the Wii U launched, and you have a public perception that consoles should last 7 or 8 years, as opposed to Nintendo’s regular 5 or 6.

All of this combined with the slow adoption rate of the Wii U is culminating in Nintendo fans feeling like the Wii U has had a short stay in their homes.

There are ways for the big N to remedy this however. They have a great track record for supporting older consoles, mainly through backwards compatibility, with their past few console generations supporting their predecessors in one way or another. If they keep this up, it could help ease the transition between Wii U and NX, and make gamers feel like their time spent buying games and Amiibos for the console isn’t getting thrown away.

What will happen to the Amiibos next generation?

When Microsoft launched the Xbox One, the 360 still sold units, despite having a much more powerful and up to date console on the shelf next to it. I worked in a games retailer around that time, and I still saw parents coming in to buy 360’s as their childrens first console, students picking one up to play a few games of Fifa at the weekends, or people who didn’t even play games who just wanted a box that could play DVD’s and would allow them to have Netflix on their main TV.

This isn’t the case with the Wii U, and I get the distinct feeling that the estimated 12.6 million Wii U owners are serious Nintendo fans. This is a wonderful thing. This is a blessing. Whereas Microsoft had to carefully consider how their end of service plan would affect a wide array of consumers, from the person who had the console since day one and spent every waking moment on Xbox Live, to the person who just picked it up yesterday and had never played a game on it, Nintendo seems to have one type of owner of the Wii U, Nintendo fans.

Overall, there’s never an ideal time to release a new console, as there will always be people who don’t want to move on, but at least with the NX Nintendo has the opportunity to do right by its fans, and hopefully introduce what those fans love, to a much wider audience.