Welcome to the first in what will be a growing list of comic book reading recommendations, beginning with short runs of one or two volumes, and then expanding into medium-length, and seriously long series that require a bit more commitment. This list is designed to be as accessible as possible, so that someone with zero experience with comics can jump on board. If that describes you, then check out A Beginner’s Guide to Comics before you go any further.  If you’re already a reader, you might find some suggestions here that you hadn’t considered before, as books from a variety of creative teams and publishers will be discussed.

For the first entry in the list, let’s start with something fairly basic: 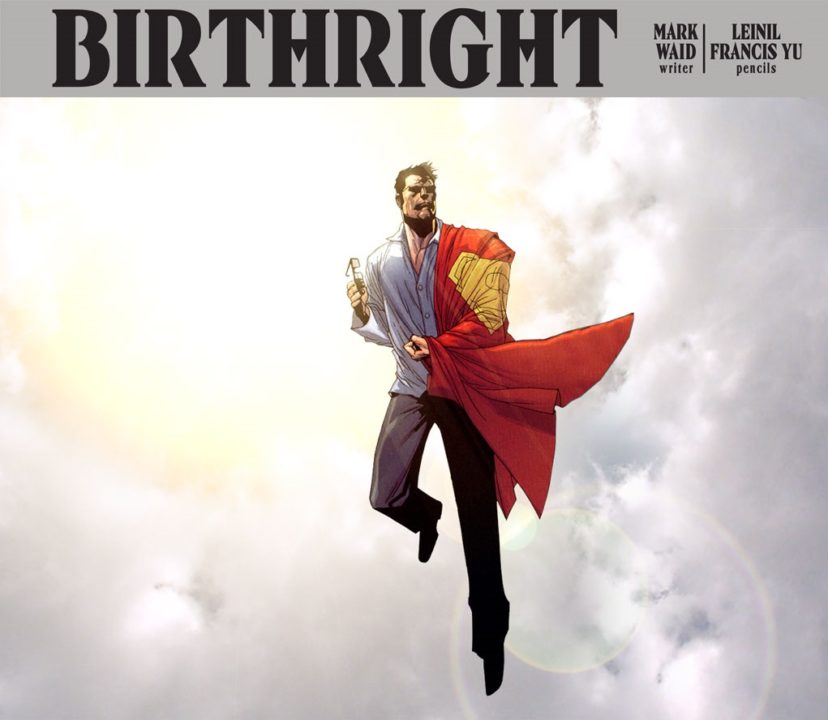 Almost everyone in the world knows the name Superman, but the majority of the general public seem to share the opinion that he is nothing but a boring, overpowered Boy Scout. Warner tried to change this by portraying the character as a conflicted, emotionally unstable man-child with daddy issues, but in the process they kind of missed the point.

Superman is a lot of things to a lot of different people; an orphan, an immigrant, and a messiah, but no matter what else people see in him, he should always be a man of conviction who does what’s right, no matter what. For such a famous and long-standing character, there is an embarrassingly small amount of quality reading material with his name on. There just aren’t that many writers capable of telling great Superman stories, but when they do it’s really something to behold.

Mark Waid is one of those writers; he knows Superman, Clark Kent, and Kal El intimately. He understands what the relationship to his adopted parents should be, and how to create a genuine conflict without compromising his character. Leinil Francis Yu isn’t the most traditional Superman artist, but no one draws Metropolis quite like him, and he has a cinematic storytelling style that makes you wish Warner Bros. had just translated this book directly to the screen. There are a number of Superman origin stories, but Birthright is arguably the best of them.

If you have any interest in seeing why some comic book fans dislike Man of Steel so much, give this book a read and it will probably answer some of your questions. You can find it on Comixology, or buy it in Trade Paperback

for a reasonable price. There are no particularly collectible versions of this book at the moment, but hopefully there will be in the future.

If you enjoy Mark Waid’s portrayal of Superman’s early life, you will no doubt enjoy this alternate-future story about his later years. In Kingdom Come, Clark Kent has taken retirement as a new generation of heroes has emerged. However, the new guard don’t share quite the same values as the old, and something of an inter-generational war begins, forcing Superman to put his underpants back on the other side of his trousers. This book is one of the few to feature the phenomenal painted art of Alex Ross, whose depiction of Superman has become iconic at this point. Kingdom Come just had a new Deluxe Hardcover

released in honour of its 20th Anniversary, so if you’re interested in picking it up this would be a nice way to do it, or you can find it cheap in Trade Paperback

One of the other writers who fundamentally understands Superman is Grant Morrison, and over the course of 12 one-shot issues, he tells the story of the Man of Steel’s last days. He uses the rich supporting cast and rogues gallery to examine the character from multiple angles. Almost every issue is outstanding, and the art of Frank Quitely never disappoints. In fact, he’s one of the only artists to convincingly show how the world could be so blissfully unaware of Clark Kent’s alter ego. You can find these stories on Comixology, in an Ultimate Collection

, which is a little bit harder to find and a lot more expensive, but still probably worth it.

Speaking of misunderstood characters with a curious lack of respected reading material… Doctor Strange is certainly one of Marvel’s more outlandish characters. He has a questionable hairdo, he makes some interesting wardrobe decisions, and he comes out with more nonsense than a man behind a fruit stall at the market. So when you naturally find yourself wondering why Marvel studios have decided to make a Doctor Strange movie, The Oath is the book you will find the answers in.  This magical mystery thriller reinvigorates Stephen Strange for a modern audience, and recaps his origin story all in one go. Brian K Vaughan gives us the definitive modern take on the character in just five issues, and as one of the most creative illustrators in the business, Marcos Martin is the perfect person to bring this story to life. The Trade Paperback

was recently reprinted, so should be readily available, or you can find it on ComiXology or Marvel Comics Unlimited.

This is the first of 20 reading recommendations that will be posted over the next few weeks, the first five will all be fairly short, self-contained stories, and from there we’ll get into longer runs and ongoing series. To keep up with this list please bookmark the original Beginner’s Guide to Comics, where all of the suggestions will be indexed at the bottom of the article. Make sure you check back in a few days for the second entry in the list, and if you do check out any of these stories please leave a comment to let us know what you thought.

The Power Rangers new look has been revealed!