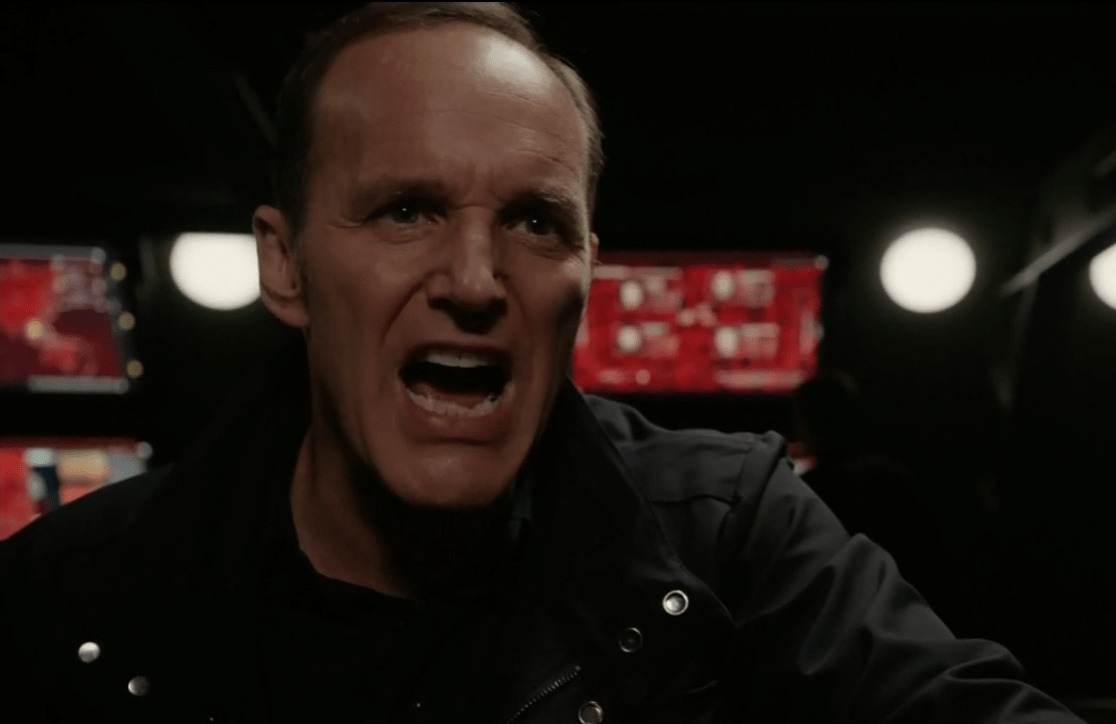 New episodes of Legends of Tomorrow, Agents of SHIELD and Orphan Black
by Alex Waite 21/05/2016

Another great week of TV. The usual suspects all stand strong, but some just a little stronger than others! As always, beware, spoilers below!

This week saw the team face off against another foe sent by the time masters, The Pilgrim. Unhappy with the team changing the timeline willy nilly, the masters decide that eliminating their earlier selves from history will solve their issues. The episode had a lot to offer, with character back story, interesting effect and plenty of emotion. However, the science used was too crazy for me to suspend my disbelief. Whether it is because I am a geek, or I watch plenty of time travel shows, or just because I over think it, I really do get annoyed at the continual goalpost moving when it comes to the ever-precious “timeline”. 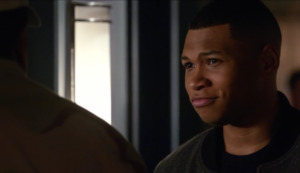 However, let’s first focus on the good. Character back story was the name of the game this week, finally exploring some of the history of Rip Hunter, the enigma. Continued sharp comments from Snart really brought home the fact that we know nothing about the team leader guiding our heroes-in-waiting. Seeing the childhood versions of the team was interesting, particularly delving into the muddy waters of Mick Rory and Jefferson. The scope of emotion showed by Franz Drameh (Jackson) was a refreshing sight. Normally Jackson is so focussed on being angry and brooding that we don’t get to appreciate his skill as an actor. However, his transition between emotions was great to watch, as well as believable, something we don’t always get to experience. Likewise, Dominic Purcell as Mick Rory hammered home the darkness in his past and enlightened us as to where he came from. Fire it seems, really is in his blood. Although he obviously likes to appear proud of his violent history, cracks are starting to appear, and maybe he isn’t all that pleased with how things turned out.

Effects and fight scenes were well executed, showing the viewer some interesting visual aspects to keep things interesting. Watching Caity Lotz was a pleasure, as always, as the only character who really loves to get up close and personal with those whom she is fighting. However, as skilled as the team is, I would expect The Pilgrim, as the Time Masters’ strongest weapon, to put up a little more of a fight than she did. 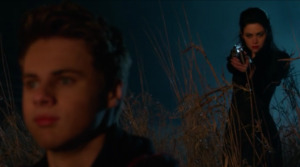 The big failure of this episode was its continued sliding between different theories of time travel. Anyone with more than a passing interest in the genre would lament at what this show did. Without waxing lyrical too much, there are a few theories which cannot really mix, and most people have seen each one somewhere in their travels. Up until this episode, Legends has quite heavily stuck to a “Dynamic Timeline” system. Things which change in the past change the future, all in a straight line. However, this week they added an aspect from a multiverse theory, where The Pilgrim would remove them from the timeline before they become a problem. This would change the future, and not necessitate The Pilgrim being called anyway, leaving them to live long and happy time-altering lives. Eventually, this would result in an infinite loop paradox, and nobody would get anything done. Phew. Understandably, Legends glosses over this, but as someone with a low-level passion for these stories, I struggled to suspend my disbelief (Yes, I know I am watching a group of superheroes battle an immortal through time led by a cowboy time master).

All in all, the episode certainly added to the main arc of the story, bringing the characters a little closer to us, the viewer, and  advancing their stories onward.

After last week’s shocking events with Daisy threatening Fitz, and Jemma filling Hive with a few bullets, this week I was looking forward to opening up exactly where we left off. However, it was not to be, and we were met with the view of a primitive human hunting in the grassland. Just as I was about to check to make sure I was watching the right show, everyone’s favourite aliens, The Kree, arrived. That was to be the start of a huge episode for the show, and an even bigger episode for the characters. It is no secret that I love this show. I love the characters, I think the way that the story has just enough “could it be” to keep you glued to it is amazing, and the cast clearly adore doing what they do. The way in which the whole MCU is tied together is astonishing, but when the shows and movies diverge, while still holding those connections to each other, is where they really shine. This season Agents of SHIELD has moved away from the rest of the MCU so well. Inhumans haven’t really been acknowledged elsewhere, and as far as everyone else knows, SHIELD is dead. Our players really are on their own.

With Hive on his mission to turn the population of the Earth into Inhumans, and now in possession of Radcliffe, the team have to find another way to deal with the ever-increasing threat. With Fitzsimmons working on a vaccine, Coulson trying to find Daisy and everyone else blaming themselves for her change (or not noticing it), not a lot actually gets done. May seems to be the voice of reason, wandering around the base telling everyone to pull themselves together and get the job done. Unfortunately, her speech doesn’t work that well on Lincoln, who rebels, with shocking consequences. Finally, the team gets a lead, and they make their way to find Daisy, who Coulson believes is “still in there”. Unfortunately, they aren’t the only ones, as a pair of Kree reapers, the original duo who kicked off this saga, are also making their way there. In a satellite. From space. Like a wrecking ball. 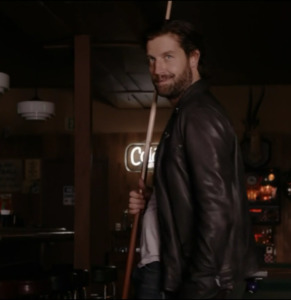 Some great fun is to be had when everyone gets together. Two new previously unseen agents are named, which normally spells disaster for them (I won’t spoil anything). Agent May does a great job intelligence gathering to track down Hive in a great scene with Hellfire. However, Mack holds the honours for performance of the day. While the rest of the team are watching pay-per-view Hive vs Kree, Mack is tracking down Daisy to deliver some home truths. However, as Hive takes the belt, and team redshirt launches a barrage on him instead, Mack finds out that Daisy isn’t all that “in there”. Their chat begins quite civilly, as she tells him the dream of the new world. She delivers some truths of her own, targeting her rage at Coulson and the entity of SHIELD. As expected, their conversation turns to violence. Mack refuses to fight her and Daisy, being Daisy, launches a Cavalry-inspired attack on him. Finally everyone ends up exactly where they started, just a little worse for wear. 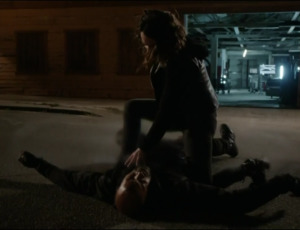 Another great episode descending down the rabbit hole of despair and pain for our team. The hope which was there so strongly at the start was very quickly extinguished and it honestly looks like an insurmountable mountain to climb to beat Hive. However, this is a Marvel show, and we all know that the team will win. That just makes me all the more excited for what is to come. How will they defeat Hive? How will they do it in their weakened state, with their heads down, hopes dashed and off the back of such a horrendous defeat? The communication between Daisy and Mack this week was amazing. Full of emotion and passion, each really drove home their feelings. Daisy, exhibiting all the behaviours of an addict and Mack trying to reach the person he knew, it hurt to watch. There were a few lighter moments, with Radciffe offering some amusing insight and response to Hive and May and James in the bar. However, this episode was dark. I can only be more and more excited for the final episodes now. 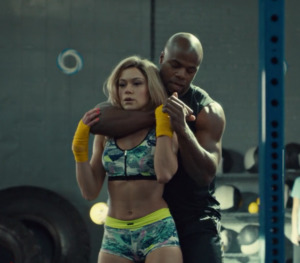 Following on from our introduction to the sinister Brightborn clinic last week, the clone club decide that they need to infiltrate to figure out what is going on. With Beth and Alison otherwise engaged, Cosima and Donnie go in to root out the truth. However, their plans are complicated by the presence of Krystal, another, unaware clone. Krystal’s return was a welcome one. With the absence of Helena, this episode was a little light on the comedy, which Krystal easily topped up. Scenes meeting with Donnie, and the mandatory mistaken identity-meets-parent trap frolics really add to the episode.

This episode did not miss MK, who I still struggle to understand. The show was not lacking without an excessively violent hacker, and I prefer the original group. While not being distracted by a mask wearing crazy person, Sarah was free to cause her own problems. With her focus on Felix and his new sister, she successfully manages to insult everybody she knows (except maybe Kira) and puts excessive strain on the relationship between her and her brother. While all of this is going on, Sarah is firefighting between Art and Alison, the former quite upset that he has been implicated in a drug ring. Sarah, none the wiser, speaks to Alison, who answers, but swiftly diverts the attention elsewhere. One wonders if the pressure of everything is starting to get to her.

Back at Brightborn, Sarah Duncan meets Cosima while posing as a standard staff member. Cosima manages to get some information out of a prepared Duncan, but for the most part, had already made up her mind. Noticing that all of the Brightborn babies have dimples, she knows that something is wrong. Cosima then manages to gain access to the downstairs laboratories and surgeries. There she witnesses the Brightborn programme in full swing and is shocked to see the birth of a severely deformed baby. When she is again intercepted by Sarah Duncan, this time not posing as anyone else, she is taken away, and has a long conversation about genetic manipulation and cloning. Cosima leaves with a difficult decision. Does she give up the genetic material of the original clone and save herself, or does she continue as she is and condemn her, and other clones to death?

I really enjoyed this week of TV. We are rapidly approaching the end of this season, and some shows are completely knocking it out of the park. Whether it is SHIELD with its amazing fight scenes and effects, or Legends of Tomorrow really drawing out some amazing performances, we have a lot to love at the moment! Here’s to hoping that shows can keep up their performance and pace right through their finale! Come back next week, as we edge ever closer to our season finale spectacular!

The Overwatch Beta Numbers Are In