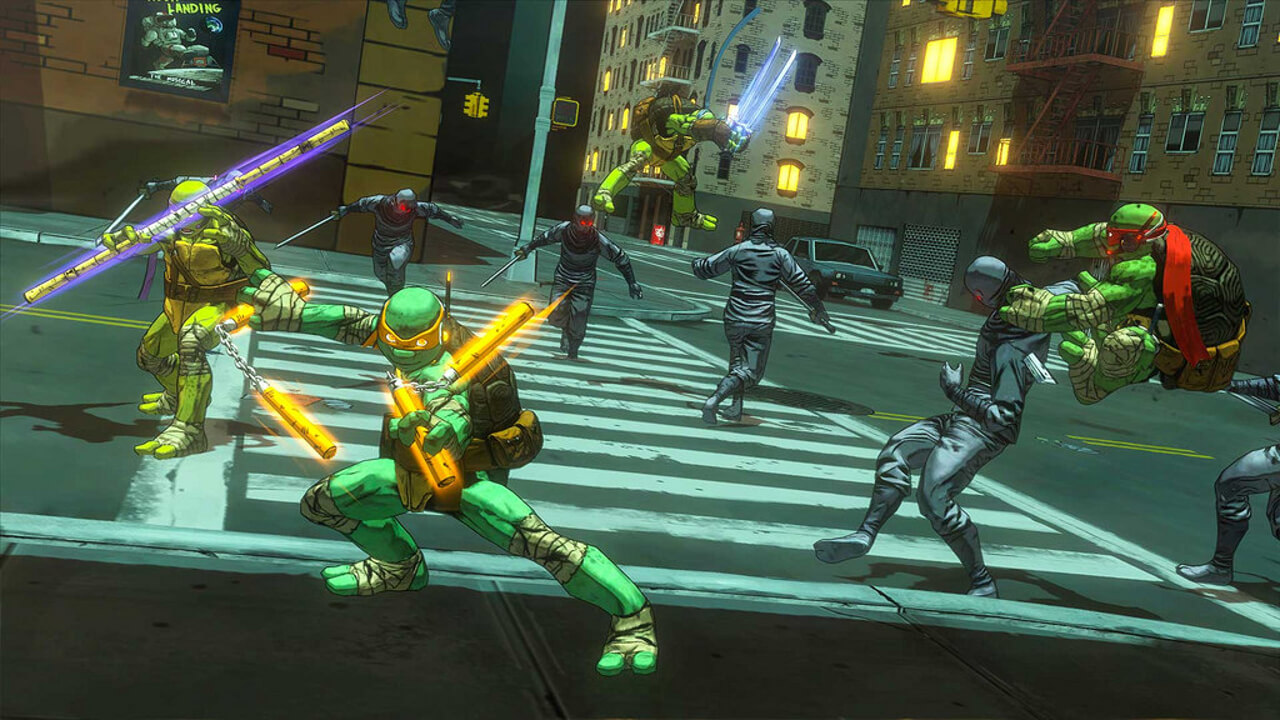 Developed by Platinum games, Teenage Mutant Ninja Turtles: Mutants in Manhattan is an action, hack and slash game in which players control the four titular characters, including Leonardo, Donatello, Michelangelo and Raphael, from a third-person perspective. Different characters have different abilities and powers, as well as different fighting styles. Each turtle also has their own ultimate ability. For example, Leonardo can slow down time, and Michelangelo can perform cheerleading, which reinstates the cool-down of other turtles’ abilities. Players can shift between turtles at will in the single-player campaign. The four turtles also have the ability to parkour and use parachute while traveling around the game’s world.