Last year when it was announced that Bethesda was heading to E3 with their own conference, there was a lot of expectation that a lot of exciting games were going to be announced – and there were. One of the big reveals was the sequel to the hit 2012 game Dishonored.

Dishonored 2 is picking up 15 years after the events of the Dunwall Plague. This time around players are going to be able to choose who they’ll play as through the game, the choice being between last year’s protagonist Corvo or the former Empress Emily Kaldwin. With the added ability to play through as Emily, players will get the opportunity to use all new abilities and powers which will in-turn bring a whole different play style. Also with the addition of Emily you can expect an inevitable second run through as Corvo. Stealth is once again at the heart of Dishonored 2 but there is also the freedom to choose how YOU want to play, being it stealthy with minimal kills or full on attack and taking out all the enemies you can.

On stage at E3, Bethesda showed us brief looks at a couple of locations and one mission. Firstly we got a look at Karnaca described as ‘jewel of the south’, a city that you flee to at the beginning of the game to unearth a conspiracy against you. Filled with grand building and dark side alleys it looked ripe for stealth opportunities. Next, we were taken on a mission to the Dust District where two rival factions fight for control, the religious Overseers and the Howler Gang. Playing as Emily our objective was to take out Vice Overseer Burns and in doing so they showcased a number of her new abilities. The first was ‘Far Reach’ which allowed Emily to pull items towards herself, we were later told this could be upgraded, like all the abilities, to pull enemies towards herself. Secondly, we were shown Mesmerize, a power that allows her to put her foes in an almost hypnotized state so she can slip past unnoticed. Finally, we were shown Domino which allows Emily to tag a certain amount of enemies and then whatever she does to one will affect all the others. 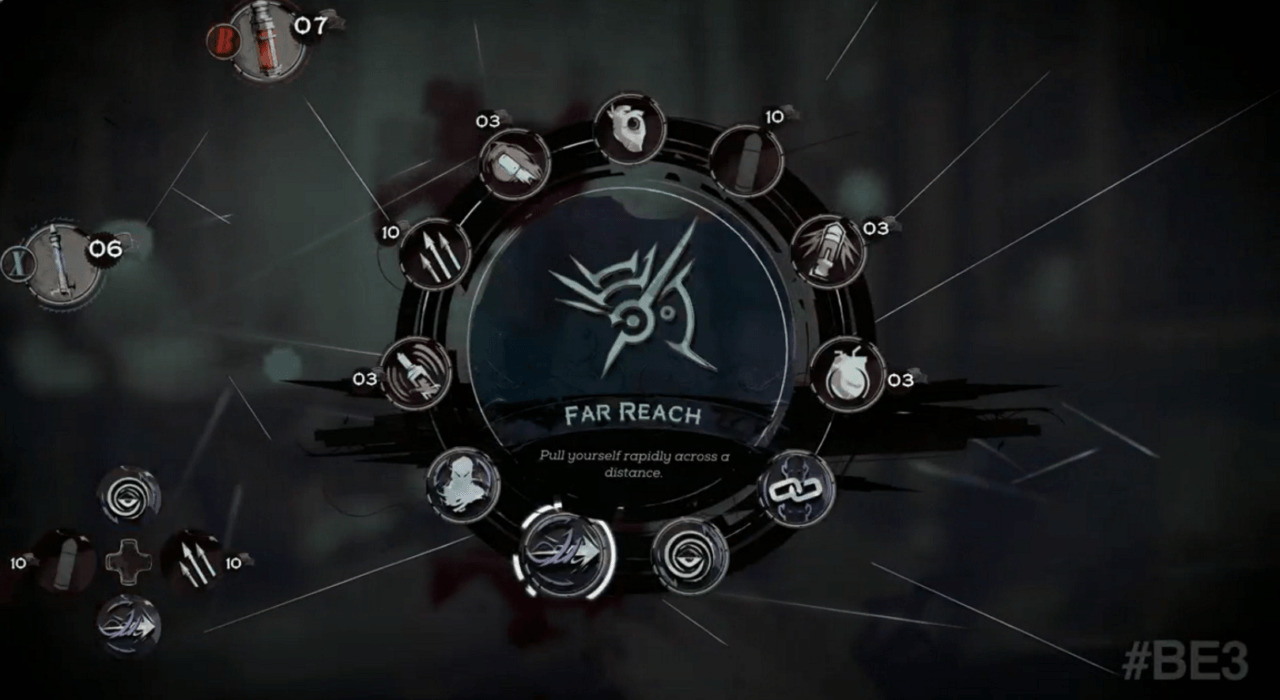 For the last part of the conference, Arkane studios took us on a mission entitled ‘Crack in the Slab’ that takes place in an old rundown manor. What makes this manor different is that reality and time are warped inside due to an occult event. Once in the building, Emily could see through to the past from her present via a device called the ‘Outsiders Time Piece’. Emily could then jump back and forth through time to kill enemies in the past and then hastily return to the present.

Dishonored 2 will be getting 2 Collector’s Editions, one will contain a replica of Corvo’s mask and the other a replica of Emily’s ring. Furthermore, if you pre-order or pre-purchase the game you will get Dishonored 1 free as a digital download.

The game is set for release on November 11 on Xbox One, Playstation 4 and PC.