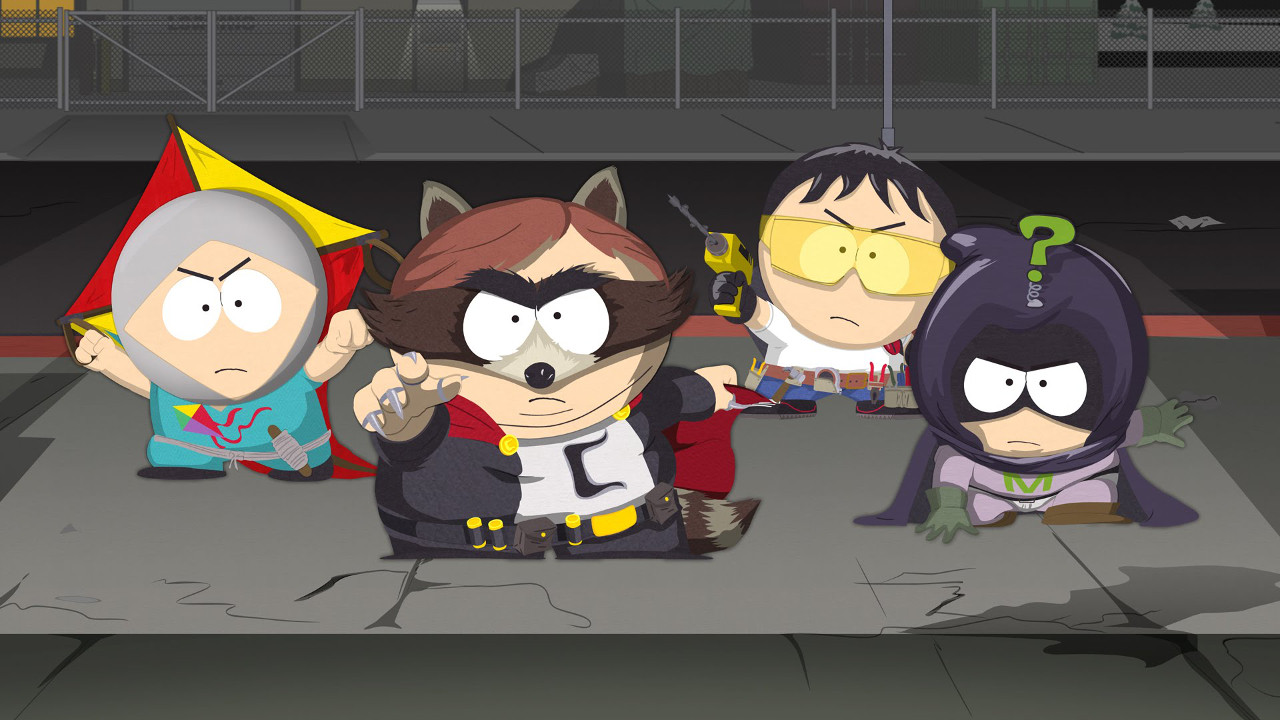 Hands On With The Nosulus Rift & South Park: The Fractured But Whole

This weekend saw EGX return to Birmingham and with it came a slew of new games for us to get our grubby mitts on. My most anticipated of which being the follow up to 2014’s excellent RPG ‘South Park: The Stick Of Truth’. The promising sequel has been pushed back to Q1 2017 so I jumped at the chance to play the game now and rushed to the stand, managing to be first in the ever growing queue of people.

However, Ubisoft didn’t just bring ‘The Fractured But Whole’ to the table, Enter the Nosulus rift.

What exactly is the Nosulus Rift? In keeping with the parody heavy comedy of South park, The Nosulus is a riff on the Oculus Rift, the virtual reality headset. Promising to offer a much more immersive experience, the Nosulus really lets you smell like you’re in the on-screen world but when that game is South Park, that isn’t actually a good thing… I don’t know what I expected, in the demo you are told to take a seat on the toilet, spread your butt cheeks by pulling the analogue sticks in different directions and then pulling both triggers to produce your first in-game fart. My God, the smell. Nosulus Rift follows through (pun intended) with its claims to let you smell the game world, I felt as if I had held my nose close to the little cartoon characters posterior as he let rip, what a time to be alive. The smell was awful and lingered way too long, gagging and with eyes watering, I continued on with the demo. You Look A Bit Stupid, Plus it adds like 50 pounds…

South Park: The Stick Of Truth was well known for successfully capturing the essence of its licensed property, something most licenced games fail at. The Fractured But Hole looks to continue down that path. Picking up right where we left off, only, this time, the South Park boys are playing Superheroes instead. The alter egos will be familiar to fans of the series with Cartman becoming The Coon, Kenny as Mysterion and my personal favourite Butters as Professor Chaos. The animation and writing often make you feel like you are watching an episode of the show rather than playing a game. The voice acting is on point with characters delivering great pieces of dialogue, which encourages you to speak to every character you come across, something I usually avoid in this genre. The move from the fantasy setting of the first game to the superhero theme of this game manages to make it feel both similar mechanically and fresh at the same time. The constant digs and jokes at Marvel’s and DC’s expense hit high and are generally laugh out loud.

The game also boasts a more robust character creation and class set-up however I was not allowed to experiment with this too much. The battle system has also been revised, whilst it’s still a turn-based affair reminiscent of the Final Fantasy games of old, you are now able to move in a grid, allowing for more tactical and strategic fights. Team positioning will play a big part, ensuring you space your teammates out so as to avoid multiple members taking damage with one attack and maximising your damage.

A little later in the demo involved my character using his flatulent butt to reach a roof. I’m ashamed to say I never found out what was on the roof as it was a timed button press puzzle, each button would unleash the Nosulus’ full power up my nose. This proved too much so I gave up. I can’t help but wonder if the Nosulus Rift could actually have a place in the gaming world beyond this spoof product. It will not be made available commercially, but I can imagine a version that would let you smell the burning rubber and gasoline of a Forza game or the dirt and metal of the Battlefield franchise. Couple this with a VR headset and that is two of your major senses tricked into believing the world you are seeing is real.

Sadly it overpowered my nostrils and overshadowed my experience with this game, I’m eagerly anticipating the release of this game but I can happily say I never want to smell a cartoon characters ass again.

South Park: The Fractured But Whole has been pushed back to Q1 2017 with a rumoured release claiming we will see it in January.

Tanked Up 48 – Windlands at EGX