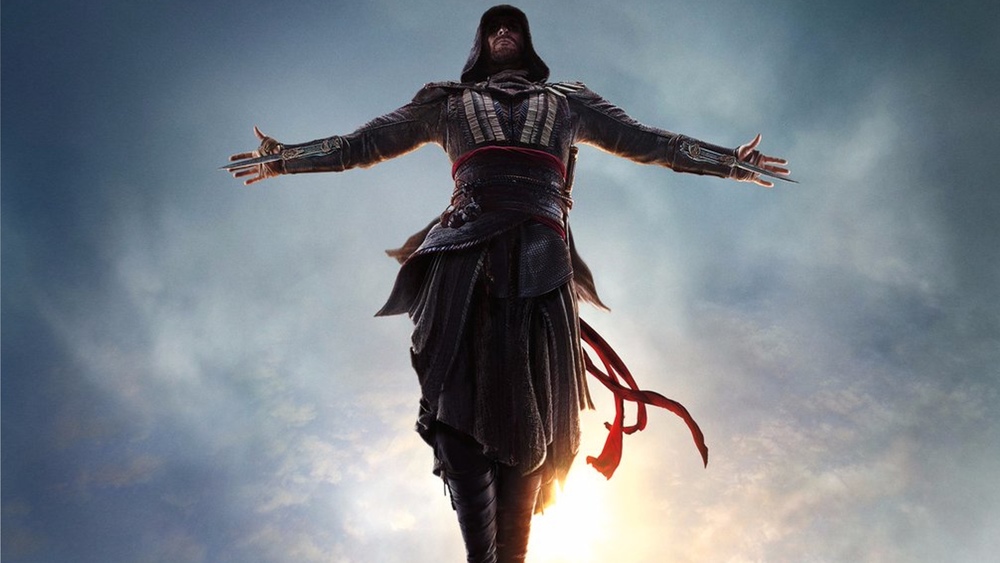 Assassin’s Creed used to be my favourite video game series with AC2 being my favourite game of all time. I really like the first game despite its shortcomings, the Ezio trilogy is fantastic and I’m a big fan of the more controversial Assassin’s Creed 3. Black Flag is fun and Rogue is the hidden gem of the series. Like many fans, I was incredibly disappointed in Unity, it’s world was boring and story near non-existent. It left such a bad taste in my mouth that I didn’t pick up Assassin’s Creed Syndicate until just a few months ago. I’ve yet to complete Syndicate, only going back to it to play a few of hours every couple of weeks finding the gameplay fun but the dull narrative never giving me any drive to play the game, an issue I also had with Watchdogs 2 due to Ubisoft’s recent decision to focus on gameplay and ignore the plot. I’ve only noticed it recently but the settings of the recent two games have also been an issue for me, the cities lack atmosphere and constraining the games to one city is a mistake, once I became familiar with the cities traversal became a bore. Since the Ezio trilogy I was clamouring for a Victorian London set AC game and now I realise it was the wrong choice just like so many of the popular suggestions of future settings are. I’ve put together a short list of ‘alternative’ settings for future AC games; you won’t find the more common choices of feudal Japan or Ancient Egypt anywhere near this list:

Just think of the potential of Ancient Rome as a location for a future Assassin’s Creed game, there is enough material for multiple entries. The political intrigue, the culture, the excess of the vices, gladiatorial battles, the occupation and wars of the Roman Army, Nero’s burning of Rome and the assassination of Julius Caesar. So many events over a large period of time that could fit the Assassin’s Creed model but with multiple protagonists exploring different aspects of the period. Rome would be home base for the game but other locations across Europe could be explored due to the huge expanse of the Empire. Rome was the primary location for Assassin’s Creed Brotherhood but with the different time period they would feel like completely different cities. We could take part in wars abroad, Gladiator battles in Rome and uncover insidious political plots in Assassin’s Creeds’ first true sword-and-sandals epic.

It would piss off and confuse most casual fans but it might just be the game to bring the now distant hardcore fans back to the franchise. The First Civilisation was the precursor race on Earth who created humans as slaves and controlled them with the Pieces of Eden. Two humans (Adam and Eve) escape and create a rebellion causing full scale war between the ‘First Civ’ and the human race. Humanity won after many ‘First Civ’ died in a natural disaster and the world became what we know it to be today. A cool if slightly unoriginal sci-fi idea that would make for a very cool game. A mix of both futuristic technology (laser guns!) and sticks-and-stones weaponry would make for a cool aesthetic and we would see the creation of both the Assassin and Templar orders with Cain and Abel personifying and creating each society. We’ll likely never get a ‘First Civ’ game, although maybe a small section of a game in the future will explore this period, so I guess Horizon: Zero Dawn will have to do for now.

A weird choice this but imagine the events the game could cover. From Assassin’s Creed 2 we know that the Assassins and Templars were secretly involved in just about every major event of the period and with a cold war set game we could finally explore them. Imagine the game starting in an open world Dallas on 22nd November 1963 as we race towards the book depository to stop the assassination of JFK only to discover we are actually the assassin who fires the killing shot. Another location could be the bombed-out city of Hue during the Vietnam War or a snowy Moscow for an undercover black ops mission where stealth is vital. The space race could be explored in the game; hell, maybe even Watergate. There are so many cool interesting ways that the series could explore these historical events making for a unique and fun Assassin’s Creed game.

Okay so maybe this isn’t a straight up ‘alternative’ location become some other weirdos like me have been asking for this for a long time. I really like the modern-day sections of Assassin’s Creed or at least I used to. The last couple of games show Ubisoft isn’t confident in the narrative of these sections and so have decided to limit the modern-day aspects to 2 or 3 very short cut scenes and some collectable audio logs which are all out of order and make very little sense and it’s gotten to the point where I can’t be bothered in trying to understand what it means anymore. I’m of the opinion that they should get rid of the present-day context-less scenes altogether or go ‘whole-hog’ and make a game set purely in the present day. This would give the story some breathing room and have it make sense again, we could see who and where the key players are and maybe have the game conclude the entire present-day narrative leaving future instalments to focus purely on the past.

Out of Rupee’s – Nintendo Switch Spectacular