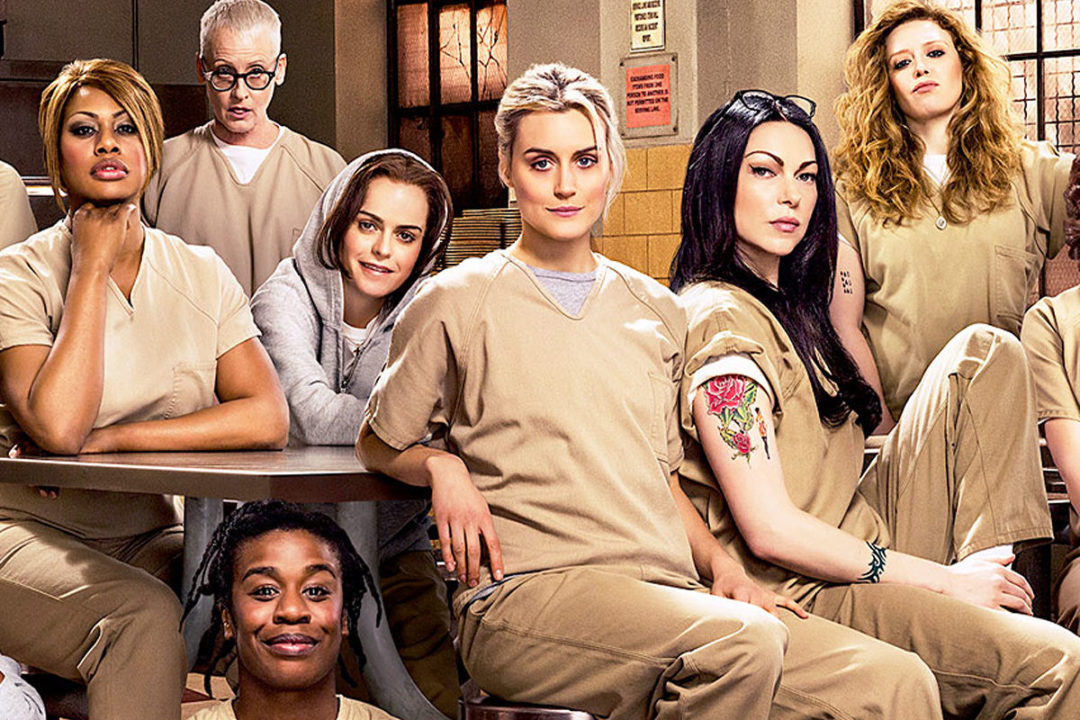 "I hope that the season is made up entirely of the riot that we see instigated at the end of season 4 and the immediate aftermath of such a huge event."
by Kyle Barratt 14/02/2017

The following article contains spoilers for season 4 of Orange is the new black. You have been warned.

I’ve been a big fan of Netflix’s Orange is the new black for a long time now having watched the first season shortly after it premiered and being one of those people who feigned sickness on the release dates of both seasons 2 and 3 to begin my binge watch. However, I’ve only just watched the fourth season, not out of disinterest, quite the opposite, but because I didn’t want to have to wait a year between seasons 4 and 5. Season 3 ended with one of my favourite episodes and with no huge cliffhanger so I bided my time and avoided spoilers until 2017 and decided it was time. With season 4 ending how it did I’m glad I did this because now I have only a five month wait for new episodes rather than a year. Season 4 may have been my favourite season with a conclusion that felt just as earned as it was shocking and emotional. With how the final moments of the season unfolded and all the rumours of what’s going to go down next season I believe season 5 will be the best season yet and here’s why:

Several cast members have confirmed that season 5 will take place over a much shorter time frame than previous seasons with the OITNB wiki stating just a 3 day period. This will stand the upcoming season apart from those that have come before and allow for a different style of storytelling which unhinges the status quo we are used to. While I hope that season 6 returns to the pacing that we are used to I love the idea of season 5 taking place over just 72 hours especially with how season 4 ended. I hope that the season is made up entirely of the riot that we see instigated at the end of season 4 and the immediate aftermath of such a huge event.

With the show having such a large ensemble cast the riot should fill all the season so we see it from all of their perspectives and how each character deals with such an event. With the inmates now in charge of the prison having either locked out or locked up the guards some characters should rebel completely and, if you pardon the pun, run riot while others almost take on the role of the guards trying to stop them getting too unruly with Red still having to cook food for everyone. This leads to some unusual alliances between prisoners and even some of the guards and let’s not forget that Linda, Caputo’s corporate MCC girlfriend, is using the prisoners’ toilet at the time and will be stuck inside with them. Will she befriend anyone? Be used as a hostage? Maybe disguise herself as a prisoner? How will Caputo react with being in a separate wing surrounded by the media? This will all lead to interesting character interactions that we wouldn’t get in a more standard season of the show.

While the riot should be the primary focus there can also be some one-off ‘bottle’ episodes focusing on a specific character who isn’t involved in the riot. Depending on whether Daya decides to shoot the guard Humphrey like the cliffhanger suggests maybe we could follow her mother Aleida Diaz as she reacts to what is happening in the prison after her release last season in an episode. Sister Ingalls is still locked up in SHU and that could make for interesting viewing and we could see how an unaffected part of the prison is reacting to the riot. Maybe we can have a ‘Psych special’ as we catch up on both Lolly and Healy in their respective psychiatric units. Piscatella proved to be a great addition to the show last season and while the temptation is to bring him back early on in the season I hope he returns in the tail end of season 5 having been brought back by Caputo to lead a squad into the prison to end the riot.

Prisoners having smuggled in mobile phones was a pretty big storyline in the fourth season and this could come into play in the fifth season by having the prisoners sending out photos and information during the riot. In the news recently there have been fairly large prison riots in which prisoners took photos of themselves wearing the guards’ riot gear and then put them on social media. Orange is the new black could follow suit with some characters such as Maritza and Flacca trying to get a good photo of themselves for the national news. Judy King will be stuck in prison after almost being released and this would bring huge media attention to Litchfield. It would be interesting if one of the reporters who is based outside Litchfield during the riot could become a main character so we can see more of that world or maybe we can just see it through Caputo’s eyes.

I hope the situation with Daya aiming the gun at the guard Humphreys concludes quickly in the season opener whatever the outcome. I like the situation but I don’t know why Daya is the character in it, it just seems like it was to give her something to do. It would have been much better if it was Maria or Blanca. I like the idea of the gun being a wildcard in the fifth season; imagine if at the start of several episodes we get a flash-forward of the gun being fired. Every time we see the scene we get another piece of information about the flash-forward similar to the black and white flash-forwards we saw in the second season of Breaking Bad. The gun can change hands several times throughout the season and we know that it’s going to be fired at some point we just don’t know when or under what circumstances.

So, there are some of my hopes for season 5 and why it could be the best season so far. Who knows, maybe I’m completely wrong and there won’t be a proper riot in season 5. The events of the fourth season finale could be wrapped up in the first episode but I hope they follow through and make a unique season with a significant shift in the status quo. Orange is the new black returns to Netflix on June 9th.

Do you think the fifth season of Orange is the new black could be the best yet? Let me know in the comments and geek out with me about television on Twitter @kylebrrtt.

Tanked Up 65 – Lost and Flambéd