It’s only weeks to go until the Nintendo Switch is released and whilst I am excited about a brand new Legend of Zelda game to sink my teeth into, other features have also captured my imagination. Most of all the joy controllers. With the JoyCon’s new vibration system in place and the promise of some third party content, I’ve been daydreaming about games I’d LOVE to play with physical controllers. Here are 5 games that I’m desperate to try getting physical with. So they gave us the remastered edition and I thought I was happy. But then the Nintendo Switch presentation revealed that for the first time ever, Skyrim was coming to the Nintendo. Suddenly endless possibilities exploded in my mind. If you haven’t thought about giving up on your real life and virtually moving into this stunning area of Tamriel, are you really a fan at all?

Everyone might be excited to play a portable version of Skyrim, but for me, I actually want to become the Dragonborn. Instead of pressing triggers to shoot magic, I’d love to feel the power flow through me as I burn my enemy to ashes, or maybe I’ll snipe them from the distance, carefully aiming my bow and arrow, with my real body!

Whether I’m smashing an orc to pieces with my two handed battle axe, or sending an army of the dead to do my bidding for me, if Bethesda add in this feature, they can take my money right now! GTA V is a game that has kept me interested for coming on 3 years. If we were given the treat of being able to experience it on the Nintendo Switch can you imagine the depth that it would add? The tennis mini game would basically become the next Wii Sports, trying to drive like a real human being might become possible (probably not) and shoot outs would never be the same again.

The addition of physical controllers can only enhance GTA V; the degree of skill required to shoot would be increased, street brawls would get the adrenaline pumping and committing virtual crime would never have been more satisfying. Rockstar, do you think you can make this a reality? Since the dawn of the dance matt, dancing games have been hot-wired into my gaming life. I’m proud to say I’ve taken part in many jives, putting my premature ‘Dad dancing’ to the test. I fondly remember the day myself and my girlfriend threw ourselves onto the virtual dance-floor as, unbeknownst to us, a crowd of neighbors gathered at the window.

I’m not ashamed of it, though, I’ll happily strut my stuff with the Nintendo Switch edition. What’s not to love about swinging around watching a cartoon person put your samba to shame? Whatever happens, this one seems to already have been confirmed, so it’s time to P A R T why? Because I like it. 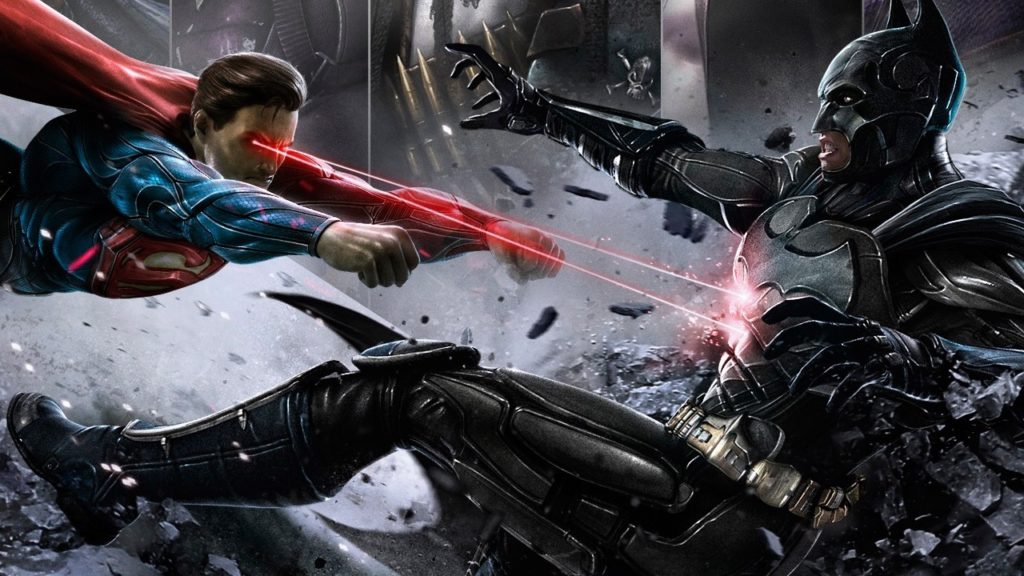 It’s a fighter, but it’s not just a fighter. Imagine being able to harness the powers of your favorite superheroes: running as fast as The Flash, battling with the power of Green Lantern‘s ring and even becoming Batman, whose power is basically being an all-around badass.

This theoretical edition of Injustice: Gods Among Us would throw us head first into the arena, with a whole host of interesting and iconic characters for us to explore beyond anything that films, comics, and games have ever allowed. It’s time we stopped pretending to be a superhero…and started pretending to be a superhero with the aid of a good bit of technologically advanced kit.

Physical controllers could certainly add a new dimension to the way that we play fighter games. Combos don’t need to consist of constant streams of button bashing and if designed cleverly, the further experienced ‘physical gamers’ will easily get an edge. Do you think that the fighter genre is about to be re-written? We should probably watch this space.

Will it finally happen? Will we finally get the perfect Star Wars game, whipping out our lightsabers and fencing our way to victory. Just imagine it, the buzz of the hilt displaying the power you hold in your hands, the sensitivity of movement, made real with a clever use of sound effects.

What about using the force? The more at balance you are with it, the stronger the sensation that bursts through the controller. Apparently, ARMS characters will get increasingly better at fighting for the amount of time you put in, so why not train us all to become a Jedi?

And as for having a lightsaber battle with your friends, how mind-blowingly awesome would it be if you could face off in a similar fashion to the upcoming 1-2-Switch. Your environment would become the battleground and it would be up to you to focus on honing your saber skills, though good luck clearing up the living room afterward!

So there we have it, 5 third party games I’d LOVE to get physical with on the Nintendo Switch, is there any that I have missed? Do you have high hopes for the Switch? Let me know in the comment section below.

Why Acrosplat Could Become My Game Of The Year