Well, it's better than the last one, which isn't saying very much! 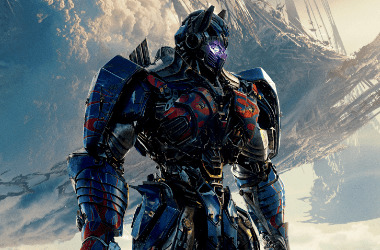 Transformers: The Last Knight is once again directed by Michael Bay and stars Mark Wahlberg. Thanks to all the trailers, this one has Optimus Prime going evil, searching for something on Earth and going against all of his friends and fighting Bumblebee; and along with all that the Humans have to scatter and try to figure out how to survive and hopefully save their planet from the impending doom.

Let’s start with the good, every single movie in the Transformers franchise since the first one has got progressively longer: Age of Extinction which is still the worst one for me, was 2 hours and 45 minutes long, this one is actually the shortest since the first film.

Also, this movie is an improvement over the last one, but that really isn’t saying much. The mythology of King Arthur is pretty cool, even though they make Merlin a drunken fool. Anthony Hopkins actually looks like he is having fun, they dialled down the aggressive product placement, but we still get a hilarious shot of Mark Wahlberg drinking a Bud Light.

Now on to the bad; everything in The Last Knight is probably exactly what you thought it was going to be if you’ve ever seen a Transformers movie: A giant bloated extravaganza with a whole bunch of side characters and extra subplots that don’t need to be there; cringe-worthy humour that thinks it’s hilarious when it’s really not, racial stereotypes, young kids who curse a lot, a very famous actor who doesn’t mind appearing in a film that they may not have much passion for but the older demographic will love to see, a female character with a very specific bone structure and look, and a hero who’s just a normal human but he does superhero stuff and a bunch of military subplots as well.

I don’t hate The Last Knight, I hated Age of Extinction, and this movie does have some genuine attempts at being entertaining. The finale is fun, I can go to a Michael Bay movie and enjoy watching his command over giant productions, he clearly very good at that.

In the end, these movies are basically all the same, there’s nothing new or fresh here to change the series and make it go in a different direction.

There are some characters I don’t understand why they are in this movie like Izabeela (Isabela Moner). You can take her out of this movie and it would still be the same, Agent Simmons (John Turturro) is back, don’t know why.

But the thing that lets this movie down once again is the dialogue. It’s terrible in this movie, the moment Merlin (Stanley Tucci) starts to talk you know nothing has changed whatsoever.

Transformers: The Last Knight is an improvement but not by much and still gets my recommendation to skip it.

Out of Lives Podcast Episode 86 – Top 5 Lists From E3, Plus Some News