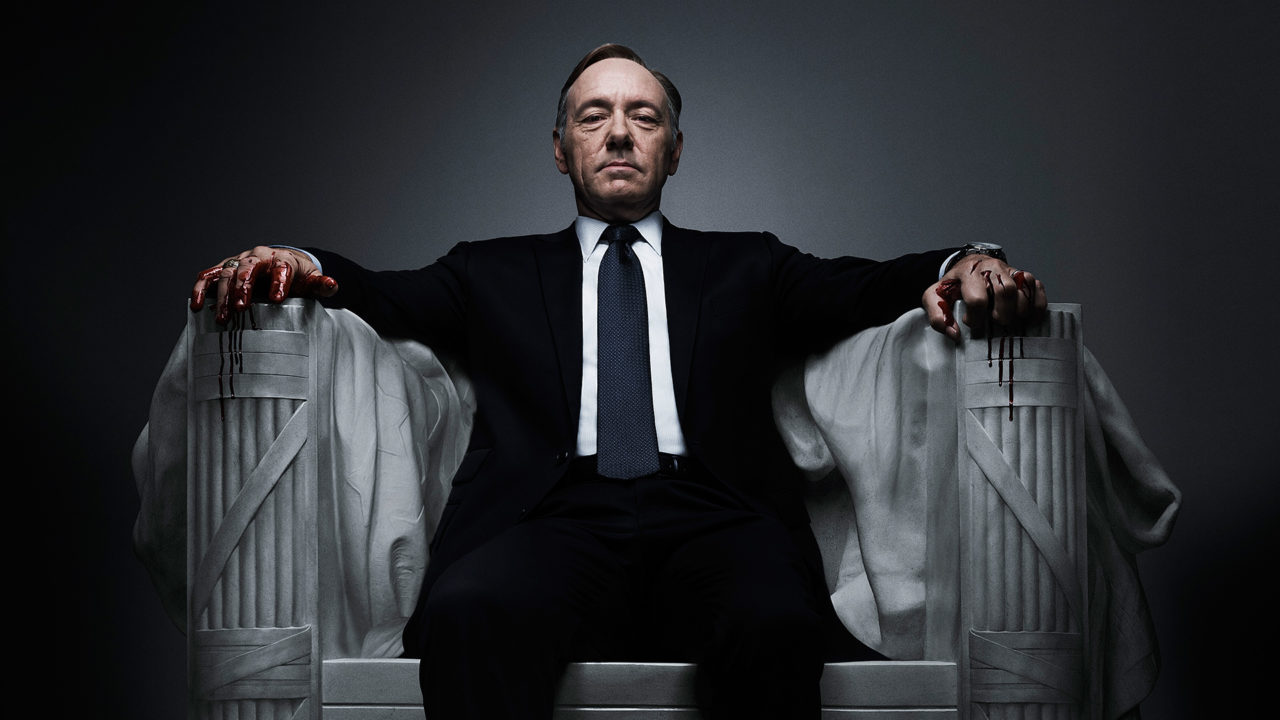 Hopes for House of Cards Season 6

Spoilers for House of Cards seasons 1 through 5 inbound.

With the release of shows such as Orange is the New Black and Glow mere weeks after Netflix dropped the fifth season of House of Cards, the political thriller was lost in the bevy of great content, which is a shame. Season 5 was a very good season of the show, not as good as 1 or 4 but better than 2 and 3, and mixed up the dynamic for future seasons. The election storyline finally ended albeit with a whimper after three seasons dedicated to it and the Underwood’s finally turned against one another. A mad rush in the final 3 episodes left characters dead and plots wrapped up as the show seems to be entering its end game. So, just what will happen when the show returns for its sixth season after the huge events of the fifth? Here are my hopes for the future of the series:

From the final moments of season 5 this seems like a definite for next season but I’ve included it on my list for a very good reason. I previously thought we were going to get this sort of conflict in season 4 after the break up that ended season 3 but I was incorrect. Claire instead gave Frank some demands which he went along with and they got back together on reasonable terms a third of the way through the season. My hope is that this doesn’t happen again in season 6 and that they stay enemies, inciting the downfall of one, if not both, of them. Will the fighting be done secretly or in the public eye? On which side will the supporting characters fall? Will Frank keep his promise of actually killing Claire? I can’t wait to find out.

Judging from the final moment of season 4 I presumed that we would be getting full-on Claire-to-camera monologues in season 5 but this turned out to not be the case. She broke the fourth wall only twice in the season, the first to acknowledge our presence and that she rarely feels the need to reveal herself to us and the second to close out the season with the words “my turn”. I still want more of Claire speaking to camera but if she continues only doing so occasionally in important moments I’ll be fine with it as long as Mark Usher begins to monologue. The soft speaking Mark Usher, along with the similarly nefarious Jane Davis, was a highlight of season 5. We never knew, and still don’t know, his true agenda and it’s fascinating to watch him work both sides for his undisclosed goals to reach a higher level of power himself. He very briefly breaks the fourth wall himself as a little homage to the way Frank does during Walker’s inauguration, with a little wave, and while this could be his only gesture to the audience it could be cool to see it expand. He could take Frank’s role of the earlier seasons in plotting the downfall of the Underwood’s and while his ‘wildcard status’ would be revoked if he explains his motives to us I feel it would be worth it, keeping the show fresh now that we know Frank so well.

The sets for the White House truly are fantastic and immersive on the show but the problem is that after three straight seasons taking place mostly between their walls I’m getting a little bored of the look of the show. I look forward now to seeing the characters go to other locales like Frank’s weekend with Tusk in the woods and Petrov’s offices in the Kremlin just for a little variety. Hopefully now that Frank is no longer tied to the Presidency he can spend more time out and about visiting allies and enemies in season 6. Also, foreign visits are commonplace for presidents so maybe Claire could spend a couple of episodes visiting political summits or maybe even travel to the UK to meet the Prime Minister and give a little call back to the original British show and novels.

The Fate of Catherine Durant

Poor old Cathy Durant. Frank’s long-suffering Secretary of State has been a fairly likable character from the start of the series; sure, she becomes involved with some morally bankrupt political machinations but she feels like one of the few good people on the show who will stand up for what she truly believes. This put her in Frank’s crosshairs in season 4, culminating in him threatening her with death in the Oval Office to keep her in line. In season 5 however things took a more drastic turn as Frank suddenly pushed her down the stairs, in a security camera blind spot, hospitalising her after she plans to testify against him. It was clear the show was trying to create another shocking moment similar to Frank pushing Zoe Barnes in front of the train but this time it felt like the show was trying too hard and left me feeling disappointed rather than the leaping-from-the-sofa shock of Zoe’s death. What’s worse is that she is barely mentioned for the following two episodes and the audience is left wondering what became of her. Quite quickly season 6 should return to Cathy, maybe with Frank visiting her in hospital and finishing the job or once again threatening her to keep her silence.

I included this on my list of hopes for season 5 too and while I love the show I kind of want it to come to an end soon. Getting the large cast together to film 13 hours each year is getting tougher and I prefer shorter narratives with a tight arc rather than shows that only end when they have to after a dip in quality. In one form or another the investigation currently headed by HammerSchmidt (great name) has been building since season 1 and while throwing Doug under the bus (train) slowed the Underwood’s reckoning it didn’t stop it. With Frank and Claire now hopefully fully at odds it seems like the titular house of cards should begin to collapse in season 6. I would be fine with an announcement that the sixth season is the last or if the show will reach a seventh but I currently want no more than that.

What are your hopes for House of Cards season 6? Let me know in the comments and geek out with me about TV and movies on Twitter @kylebrrtt.