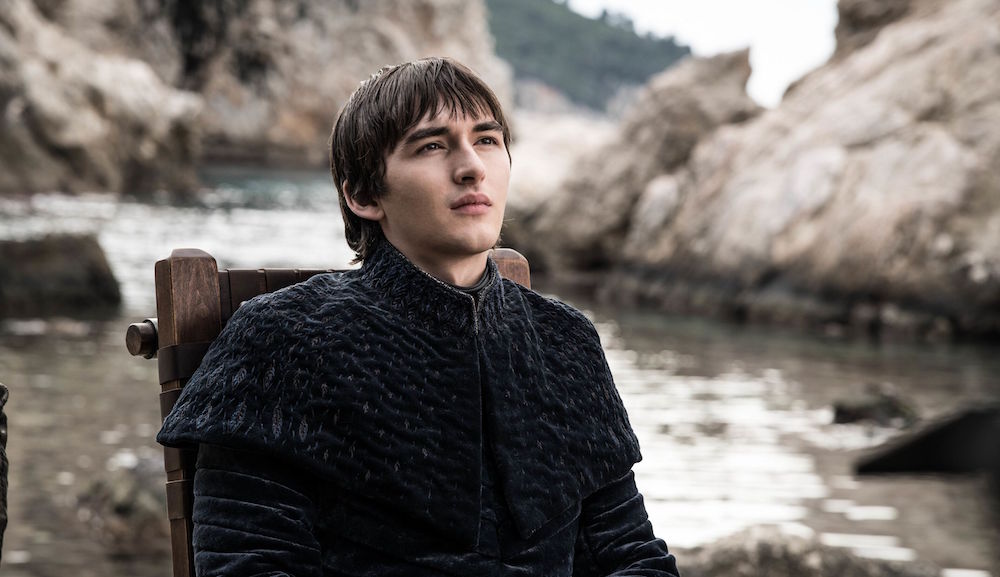 Could Bran be the Key to the Game of Thrones Spin-offs?

Could the new King of the Six Kingdoms be an integral part of the upcoming Game of Thrones successor shows?
by Kyle Barratt 28/05/2019

Like fellow OutofLives writer Ben, I enjoyed the ending of Game of Thrones. Were the final episodes to the same standard of the previous seasons? No, there was a fairly significant decline in quality over the past few years, but considering the silly decision to condense the ending into two truncated seasons, I felt the writers did an admirable job. It certainly could have been better, but it also could have been a lot worse. The finale itself was relatively unsurprising and predictable, but rightly so. It ended in a place that made sense for most of these characters and for the world, rather than spinning out some huge twist just for the sake of it. It’s a solid if unspectacular ending. But now eyes look to the future – or maybe the past would be more apt – of the franchise, with the spin-offs/successor shows soon to be appearing on the horizon. And who better to usher in these new shows than a character who can literally look into the past. I say the finale was unsurprising but there was one big surprise for me: Bran becoming king. Thematically this is fascinating. It’s a way to both break and not break the wheel, while exaggerating the old mantra about learning from history to not make the same mistakes again to the nth degree. But the impact is lessened by just how dull Bran has been these past few seasons. After transforming into the Three-Eyed Raven he became cold and emotionless, cryptically revealing enough information for the plot to continue but bizarrely keeping other information to himself. He became a plot device and not a character, and his ending enforces that idea. What little character work he did get was confusing. One minute he’s emotionless and deemed no longer to be Brandon Stark and then the next he’s telling Theon that he’s a good man. He claims he can never be the lord of anything and then two episodes later he’s the king and apparently knew this would happen, even joking about it. So why do I want the one character I was disappointed with in the series finale be the link to the spin-off shows? Because it kind of makes sense.

The successor shows won’t be sequels, at least according to HBO programming president Casey Bloys. This makes sense to me; the ending needs to be just that, and imagining Arya’s adventures or whether Jon will become King Beyond the Wall is more interesting than actually getting answers, at least to me. So, we don’t know how many of these spin-offs will ultimately see the light of day, but they’ll be prequels that distance themselves from the narrative that has come before. The thing is that Bran is the Three-Eyed Raven and can warg himself into the past, even interacting with it. So why not have him be the entry point to these shows? We don’t need to see what happens to anyone else post-Game of Thrones, or he could even be doing this at some point during the series’ run, but Bran could warg back into the past to the time period of the prequel show. This makes too much sense for the one prequel we know they’re making a pilot of: The Long Night. Set thousands of years before Game of Thrones, the proposed series will detail the early history of Westeros including the conflict with the Children of the Forest and then the first battle against the White Walkers. In the Game of Thrones episode that’s confusingly also called The Long Night, when Bran said “I’m going to go now”, was he simply warging into birds to get a cool cinematic perspective of the raging battle, or could he have been travelling back in time to view the first conflict against the Night King and his army of the dead? Max von Sydow’s Three-Eyed Raven died before he could tell Bran much of anything about the powers and purpose of the Three-Eyed Raven, so it would be interesting if Bran time travels to discover just what his mission should be. This gives Bran answers but also the audience too. I’m sure The Long Night will expand on the motives of the Children of the Forest and the origin of the White Walkers but, considering how Game of Thrones ended, I’m much more eager to learn the history and purpose of the Three-Eyed Raven.

For the most part, these Game of Thrones spin-offs will hopefully try and standalone from the original show. You can’t copy its success and they need to look at Better Call Saul for inspiration. Saul is a very different show than Breaking Bad was but is arguably equally as good. It found its own tone and storytelling style before bringing in more of the Breaking Bad aspects in later seasons. The Long Night should follow suit and initially be a very different kind of show than its predecessor. However Better Call Saul still has the titular Saul Goodman and Mike Ehrmantraut as the dual leads of the show (I almost wrote protagonists but I’m not sure if that’s accurate in this case) while The Long Night is set thousands of years before Game of Thrones. There won’t be existing and known characters, although I imagine there will be Starks and other familiar houses in the series, so Bran being the connective tissue makes sense.

How exactly he’d appear in the series is something I’ve put off discussing to the very end of this article because I just don’t know. A simple bookend in the first and last episode? Creepily lurking in the back of scenes? How cool would it be if Bran is watching scenes unfold for seasons, never being seen by any of the other characters because of his powers, and then a character is introduced who can shockingly see and interact with him: the first Three-Eyed Raven. Or maybe Bran could do his best Ron Howard impression and narrate the show, or act as the Rod Serling of the series and introduce each episode by breaking the fourth wall. I just don’t know, but that’s for far more intelligent people, like the wonderful Jane Goldman who’s writing The Long Night, to figure out.

Do you think Bran could be involved in the Game of Thrones spin-offs? How did you feel about the final episodes of Game of Thrones? Let me know in the comments and geek out with me about TV, movies and video-games on Twitter @kylebrrtt.