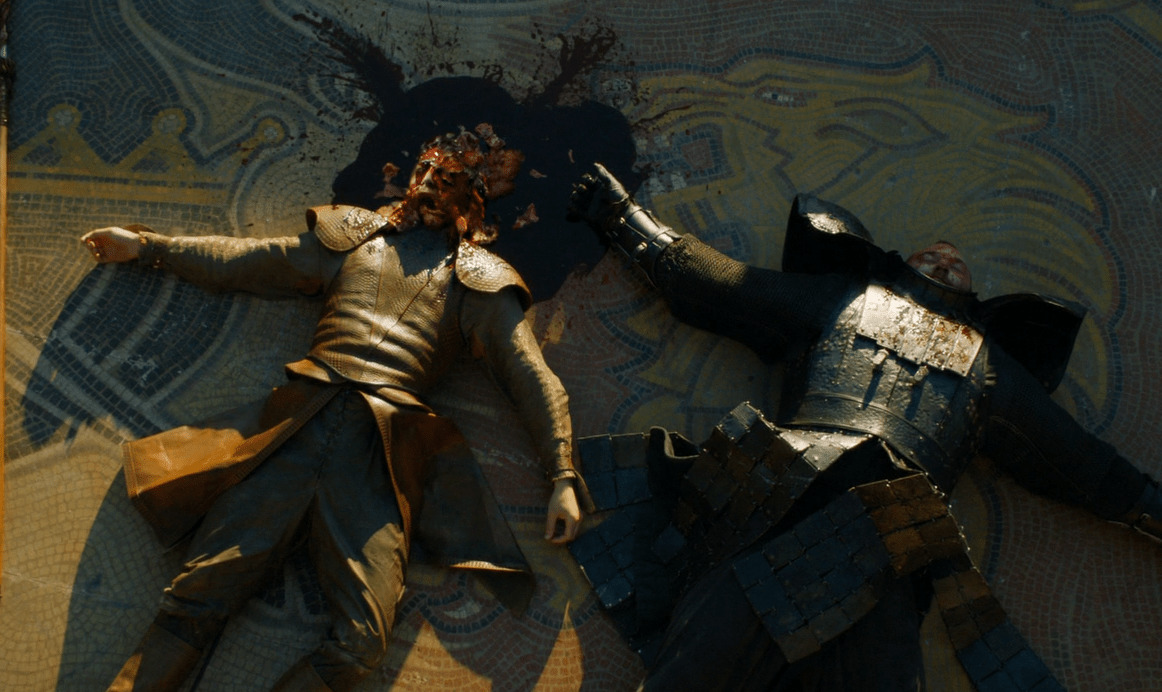 WARNING: Spoilers for Game of Thrones season 1 through 6 contained within!!!

Before I start it’s important to point out that I haven’t read the books written by George R. R. Martin. My knowledge of Game of Thrones is based on what has been established in the HBO TV show and whatever additional details I have picked up from online discussions, changes to the source material, fan theories, etc.

Game of Thrones has become notorious for its depiction of violence and its unforgiving treatment towards characters pivotal to the plot. The finale to season one was when we all realised that nobody was safe. We spent nine televised hours in the footsteps of Ned Stark, only to see him beheaded in the penultimate episode. His execution started a war, or more accurately death started it. Death is what dragged Ned Stark out of Winterfell, when he found out Jon Arryn had mysteriously died; the Red Wedding was a ghastly political move that did not play out in our favour; King Joffrey’s assassination tore House Lannister apart; leaving the Hound to perish was a small victory for Arya. Death has always been a plot device but it was always used masterfully. Sure, plenty of non-descript characters are butchered throughout Game of Thrones but the killing blow has the strongest impact when it matters – or it used to at least.

It’s been some time now since I witnessed someone dying and it’s had any impact. The last time it felt like it mattered was when Jon Snow died ‘for the Watch’. It mattered because we’ve been with Jon Snow from the beginning – it’s the same reason it mattered with Ned, Rob and Catelyn. It mattered with King Joffrey because it propelled the story in a different direction. In stark contrast to their deaths are Stannis Baratheon, Balon Greyjoy and Doran Martell. When Brienne slayed Stannis it felt rushed and convenient, like the showrunners were trying to neatly tie up the end of season 5. Balon was the last of the 5 Kings to die but when he was thrown off the bridge it made little difference; we haven’t seen him for at least two seasons. Then when Doran Martell was killed in his wheelchair it didn’t feel like he had been usurped by his brother’s mistress. As an audience we never witnessed Ellaria and the Sand Snakes plot their (presumed) military coup.

Maybe it’s because it’s fresh in my mind but season 6 seems to be using death less as a plot device and more as an opportunity to show gratuitous violence. Characters are introduced to have their skulls smashed against a wall for no other reason than to give the viewers a cheap thrill.

Death in Game of Thrones used to have weight. Death used to be permanent. A character’s demise had backstory. Murder was a last resort that had a butterfly effect on the world. Now death is the first course of action and sends no noticeable ripples through Westeros. And to put the icing on the cake the inevitable resurrection of Jon Snow counteracts the permanence of death. We already know resurrection is possible in the Game of Thrones universe but when the poster child of the saga has evaded his mortality it takes away the power death once had over the show. It’s doubtful that we’ll see anyone else come back from the other side but we’re in uncharted territory now – typical TV tropes are bound to float to the surface in abundance now that the reins have been cut loose.