A little while ago leaks appeared revealing what was apparently the next big expansion for Destiny. According to the leak, the newest piece of DLC would be called ‘Rise of Iron’ and the images shown were of Lord Saladin, of Iron Banner fame, holding his mighty axe. Not long after the information hit the internet Bungie announced they would be live streaming on Twitch to showcase “what was next” for Destiny.

Now that time has arrived and it appears the leaks were correct. Rise of Iron will be arriving September 20th, 2016 and will cost $30 (we have no price in GBP as of yet). Unfortunately, the game won’t be coming to previous generation consoles (PS3 &  Xbox 360).

This latest expansion will include plenty of new stuff, from weapons and armour to raids and strikes. Luckily we have a screenshot showing you exactly what you can expect from ‘Rise of Iron’. Rise of Iron will feature the Fallen as your mortal enemies, but this time around they won’t be any ordinary Fallen, these Fallen have unearthed a technological plague and have now become one with technology.

“Every Fallen House has Splicers – body hackers and bioengineers who fuse metal and flesh – but the Splicers of the House of Devils have uncovered the ultimate technology: SIVA, a Golden Age breakthrough in self-assembling, self-replicating nanotechnology. The Fallen have always worshiped machine gods. Now, armed with SIVA, the Devil Splicers are becoming machine gods themselves. Confront the Fallen Devil Splicers in the Plaguelands, find the source of the SIVA, and contain the outbreak at any cost.” 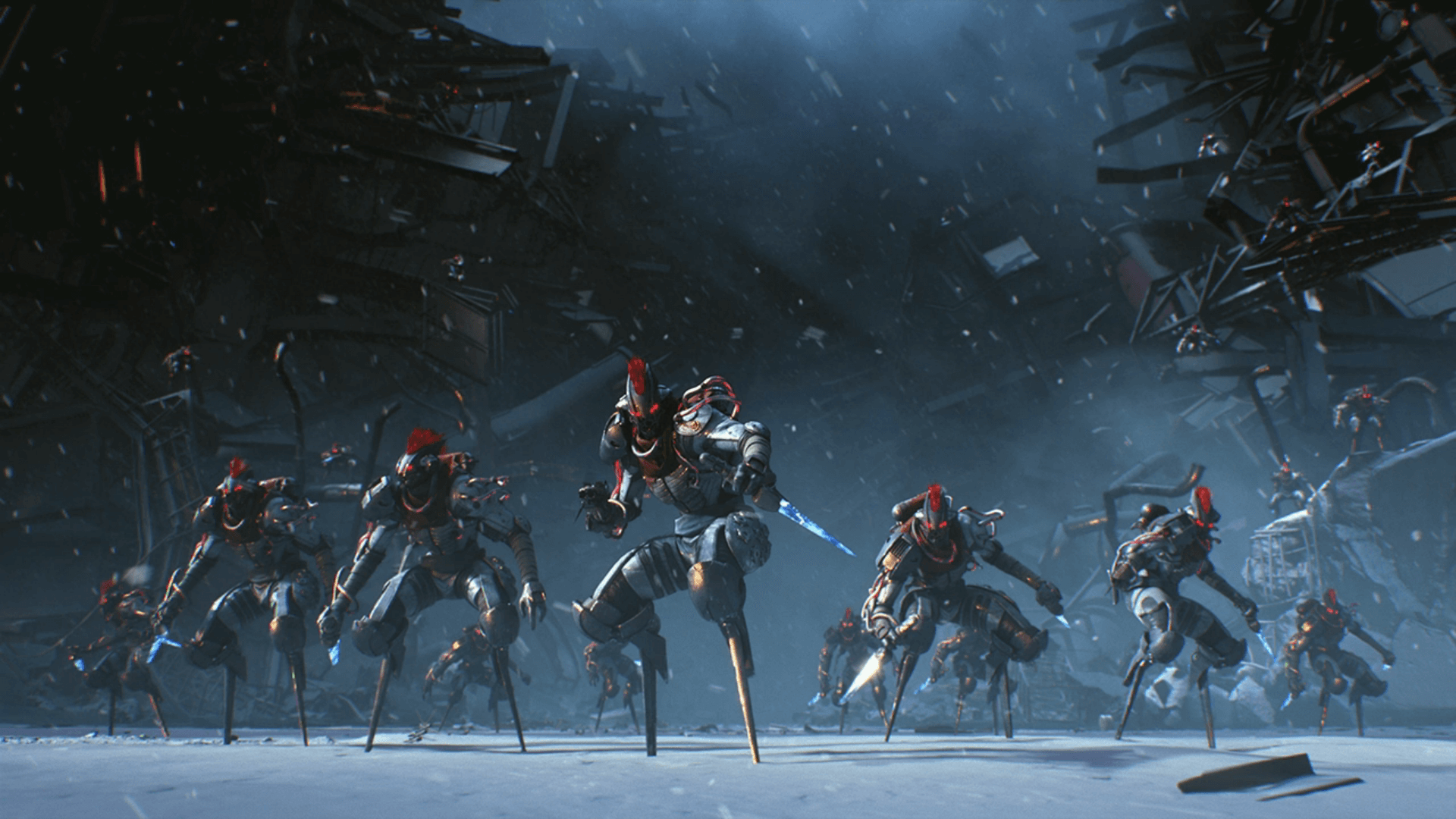 This latest expansion will also include new ‘Relics’. These awesome looking weapons were described as having a limited one-time use, much like the Scorch Cannon. The only weapon shown on stream was a large flaming axe. As well as all the new weapons we will also be seeing the return of a beloved favourite, the Gjallarhorn, and there won’t only be one, but two versions available. The first is Iron Black and will only be available if you pre-order Rise of Iron, and the second will be a regular one which guardians will get by completing a quest. One of the devs on the stream said, “You’ll forge it from the armour of fallen heroes”, whether that means it will only be obtainable through crucible quests is open to interpretation.

Finally, it was revealed that there will be a “substantial increase to light level” but as of yet they are “still dialling it in”, so expect an announcement about that in the future. The team over at Bungie will be at one of the E3 conferences this year, most likely Sony’s, and they’ll be revealing more Rise of Iron details, so make sure you come back and we’ll break down all the latest news.