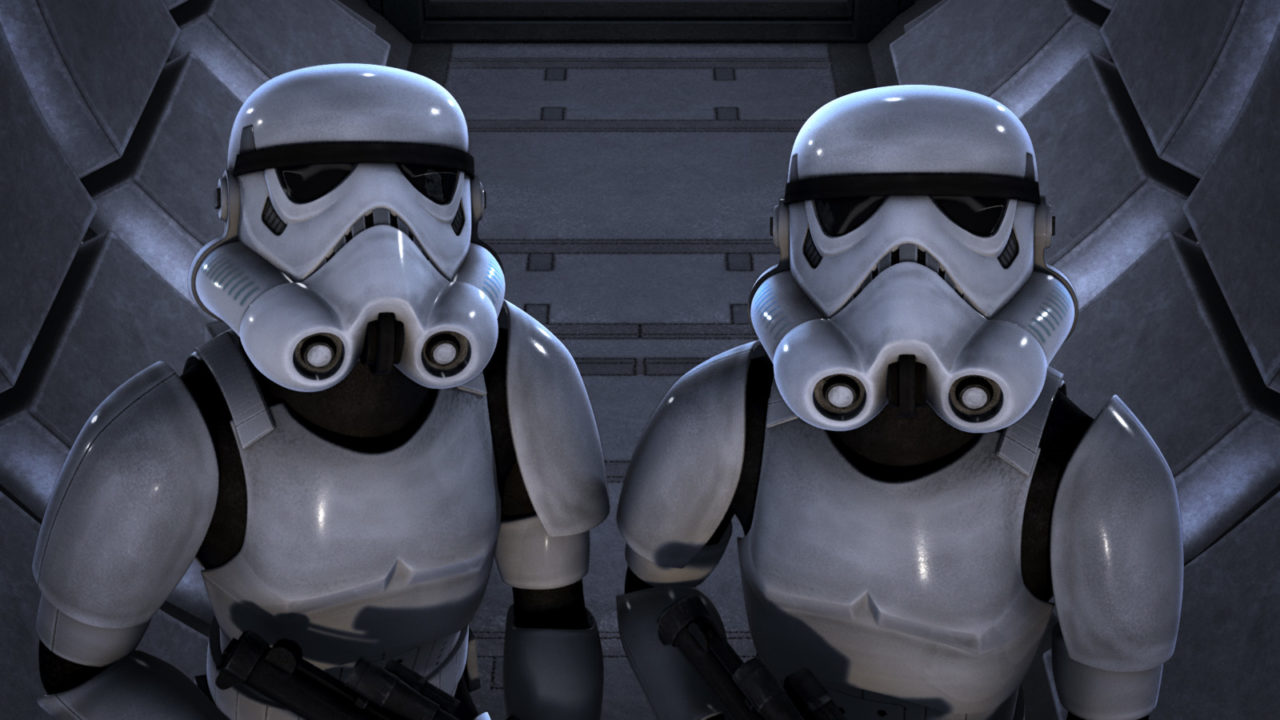 Characters who should appear in Star Wars Rebels: Imperial Edition

As the hit animated show Star Wars Rebels propels towards events we know (the original trilogy) and events we will soon know (Rogue One) the likelihood of characters we are familiar with popping up increases tenfold. We’ve already met animated versions of Lando and Leia but whose next? Last time I looked exclusively at members of the Rebel Alliance who should appear (which you can read here) but this time it’s the turn of the baddies: The Empire. Expect to see classic movie characters as well as new characters introduced to us through the recent comics and novels.

The main man. The top dog. Sheev Palpatine himself. Considering that his name sounds like a brand of toothpaste Palpatine has done alright for himself, ruling over the galaxy with his white clad troopers and his right hand man Darth Vader.  Palpatine’s screen time in the original trilogy was limited to leave room for Vader and because like all classic movie monsters the less we see the scarier he is. However the prequels and The Clone Wars gave us a lot of the man who would become Emperor as we were privy to his murders and machinations and so I feel keeping him in the shadows is a lot less important nowadays. Now don’t get me wrong, I don’t want to see lots of the Emperor, quite the opposite in fact. I’d like to see him briefly berating Vader for missing another chance to wipe out the rebel scum or maybe the Emperor’s appearance would be the perfect way to set up Thrawn. What better way to introduce how respected Thrawn is within the ranks of the Empire than for him to have a scene with the Emperor early on in season 3 in which we see how much faith in Thrawn Palpatine has and to see an Imperial officer actually have a one-to-one, face-to-face conversation with the Emperor would show how high up in the food chain and respected he is compared to others including Vader, who we have only seen communicating with the Emperor via hologram in his brief season 2 cameo.

Father of General Hux from The Force Awakens, Brendol, during the time period of Rebels, was the commandant of Arkanis Academy and helped train some of the Empire’s toughest warriors. However in Aftermath: Life Debt, the most recent novel in the new continuity, he becomes a member of the Shadow Council of the remnants of the Empire after Palpatine’s death. I won’t say anymore because I don’t want to spoil the book for those who haven’t read it but it shows that Hux is a very important member of the Empire and will no doubt reappear, along with his baby son, in the third and final Aftermath book – Empire’s End – next year. What better way to explore why he is so respected than to show both him and his academy is season 3 of Rebels. I don’t want Brendol to be a recurring character but by having him as a cool one-off villain the connected continuity over multiple media platforms will grow tighter and also bring more film fans towards the show, considering his connections to the new trilogy. One way or another he is actually connected to Rebels already with Zare Leonis who appeared in a season 1 episode going to Arkanis and meeting Hux in a series of canon young reader books so it makes sense for him to appear and wouldn’t make the galaxy seem small like some unnecessary cameos would.

My favourite character from the new canon, Rae Sloane has appeared in short stories, several novels and even the Kanan comic book so an appearance in Rebels wouldn’t hurt. As the best character called Rae/Rey in all the Star Wars lore (that’s right, she’s that good) Sloane first appeared in A New Dawn in which she was a young Star Destroyer Captain who became entangled in the lives of Kanan and Hera from Rebels. A likable foe but an antagonist none the less she next appeared in Kanan’s own comic book set between seasons of Rebels; not only is she an important Imperial during this time period but her past run-ins with the Rebels means it makes perfect sense for at least one appearance in Rebels. She could be brought in by Thrawn and questioned about everything she knows about the pesky band of Rebels so Thrawn can do his classic thing of defeating his enemies by getting to know them. Sloane is also the star of the Aftermath books taking a very large role in the Empire’s future (the biggest role there is) and so having her appear in Rebels is cross continuity at its best, enforcing and celebrating the positives of the new canon.

I don’t want all of them. I don’t need any of them. But an appearance by one of them would be cool. Memorable, if not slightly useless, these three Imperials all appeared in the original trilogy with Ozzel and Veers both meeting their ends in The Empire Strikes Back (Veers in an exploding AT-AT, Ozzel from Vader’s anger) while Piett is the only Imperial Officer to be seen in more than one original trilogy movie and managed to make it through ESB and most of Return of the Jedi before dying on the bridge of his Star Destroyer. All three died before we got a chance to get to know them and Rebels would be the perfect place for them to pop up and give them more backstory making their appearances and demises all the more meaningful in retrospect and upon re-watch. It’s not necessary but they would be cool cameos if nothing more and such cameos are getting more and more likely as we approach the battle of Yavin and beyond.

That’s it for now but keep your eye on the site for more characters I feel should appear on Rebels in the coming weeks including more Imperials, a certain armoured bounty hunter and a dark Jedi. Which characters do you want to see pop up in Rebels? Let me know in the comments and geek out with me about Star Wars on Twitter @kylebrrtt.