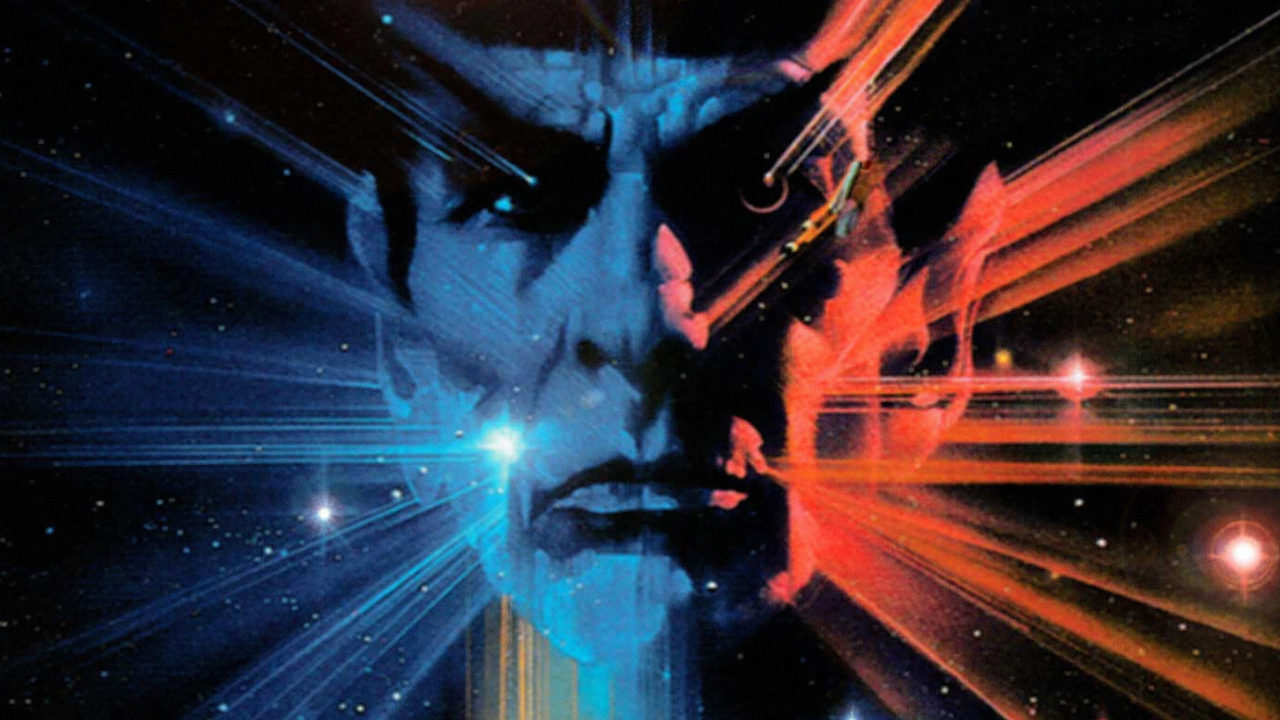 The ‘fact’ that all even numbered Star Trek films are good while all odd numbered Star Trek films are bad ingratiated itself into the common parlance of geek culture many years ago but the truth is that this is nothing more than a snappy sound bite and is proven wrong with recent Star Trek film entries – the 2009 reboot (Star Trek 11) and Beyond (Star Trek 13) are both great while Nemesis (Star Trek 10) and Into Darkness (Star Trek 12) are both near the bottom of overall rankings – and is wrong as far back to the start of the film franchise. While The Motion Picture is a grandiose and beautiful piece of cinema it has its fair share of problems but the true odd numbered masterpiece is nestled between two of the most memorable Star Trek adventures and therefore has become forgotten. Whether you’re a hardcore trekkie, a sci-fi enthusiast or just a film fan The Wrath of Khan and The Voyage Home are immensely memorable. WOK is the taut and tense battle of wits and starships between Kirk and Khan while TVH is the comedic one about saving the whales. Why The Search for Spock is often overlooked is because you can’t sum it up in such a concise and memorable way and even the title doesn’t do the movie justice.

Being a sequel of Wrath of Khan is both a blessing and a curse for The Search for Spock because while the film is always going to be in the shadow of its predecessor the fact that it is a direct sequel of WOK – requiring a little reminder of what happened last time at the beginning of the movie – is one of its best attributes. It is refreshing to see such a direct sequel in such an episodic series because it allows the film to carry over and further develop the themes of WOK. The theme of ageing continues with the Enterprise being retired and the crew being told to move on with the theme later being encompassed and reflected by the rapid ageing of both the Genesis planet and Spock. Loss is also a major theme with Kirk and the core crew having to deal with Spock’s death and what they risk on their journey to bring him back and in that aspect the film has very little to do with Spock at all. Kirk is front and centre as he descends through several layers of hell to recover his friend, losing his ship and his son along the way culminating in a battle with a representation of the Devil in very hellish surroundings. It’s a film full of religious and spiritual imagery, most noticeably with Spock’s resurrection,  but it never beats the audience over the head with it and is more subtle with its subject matter than Star Trek has been with its social and cultural commentary in the past.

Killing off a primary and beloved character in one film only to bring him back in the immediate sequel is a tough feat to pull off in a satisfying way but Harve Bennett and Leonard Nimoy manage it by exploring the resurrection from multiple angles transcending it from being a gimmick. The film earns the resurrection because it doesn’t come out of nowhere from a magical macguffin but the entire film builds on the ‘clues’ left from the end of Wrath of Khan and uses the entire running time before we actually get the Spock we know and love back, and it’s not until the next movie that Spock truly returns as his former self.

For me The Search for Spock is the most moving Star Trek film beating the ending of The Wrath of Khan. Not only do we experience the heart-wrenching death and funeral of Spock again at the beginning of the film but we explore the after effects of his passing in relation to those he left behind. The scene in Kirk’s apartment between Kirk and Sarek in which they relive Spock’s death through a mind meld is one of the most emotional, haunting scenes in the Star Trek lore and the reunion between Spock and Kirk during the film’s climax manages to be tearjerker despite its obviousness because of just how attached we are to the characters at this point. I’m even a sucker for the much ridiculed Kirk-missing-his chair-and-landing-on-his-arse scene when he hears of his son’s death; I’ve always been drawn to Shatner’s acting and line delivery so “That Klingon bastard killed my son” works just as well as his stifled delivery of “human” during Spock’s funeral in WOK.  And let’s not forget about the destruction of the Enterprise  and unlike the recently released Star Trek Beyond we don’t see a new one built in mere seconds at the end of the film, as far as the viewer knows the Enterprise is gone forever. In The Wrath of Khan Spock gave his life for the Enterprise and in The Search for Spock the Enterprise returns the favour with the shot of the crew watching the ship enter and burn in the atmosphere being the greatest ever shot in Star Trek thanks to Leonard Nimoy’s amazing direction.

Klingon culture is now a global phenomenon and The Search for Spock is the origin of a huge amount of it. Original series Klingons are very different from what they would later become and the well known versions with the ridged foreheads and a harsh language made their debut at the beginning of The Motion Picture. It is in The Search for Spock however when the language, characteristics and culture of the Klingons begins to be explored and is quite clearly the origin of how the species would be portrayed in The Undiscovered Country and The Next Generation. Christopher Lloyd brings his fantastic manic energy to his portrayal of primary villain Kruge who is in the pantheon of all time great Trek baddies but is overshadowed by Khan who was understandably still in people’s minds. One of The Search for Spock’s greatest attributes is how it turns The Wrath of Khan on its head during the third act with Kirk seeking revenge on Kruge while still using the same techniques he used in WOK by trying to bring his opponent down on the planet for a face-to face fight and this time his opponent agrees. If I have to point out a negative of the film it is the fight choreography which is worse than some of the stuff we saw in the original series.

The Search for Spock has a reputation of being a dull film but it’s quite the opposite with Nimoy’s direction adding flair to the fun mixture of adventure (the theft of the Enterprise being a stand out sequence), comedy ( McCoy in the Star Wars-esque cantina trying to get the alien with the Yoda-esque speech patterns to take him to Genesis) and science fiction ideas that add greatly to the Star Trek lore we know and love today. If it’s been a while since you’ve seen it, do yourself a favour and revisit The Search for Spock and maybe like me you’ll agree that it’s Star Trek’s forgotten masterpiece.

What are your thoughts on The Search for Spock? Let me know in the comments and geek out with me about Star Trek on Twitter @kylebrrtt.

The world is full of mysterious creatures whose existence spark constant debate. Scotland have the Loch Ness monster, North America have big foot and the Himalayas have the Yeti but none can hold a candle to England's mythical beast. The Kyle Barratt has eluded scientists for decades, many doubt he even exists and is really a man from Ealing named Carl. Yet time and time again proof arrives in the form of completed and well written articles.
5 Comments on this post.