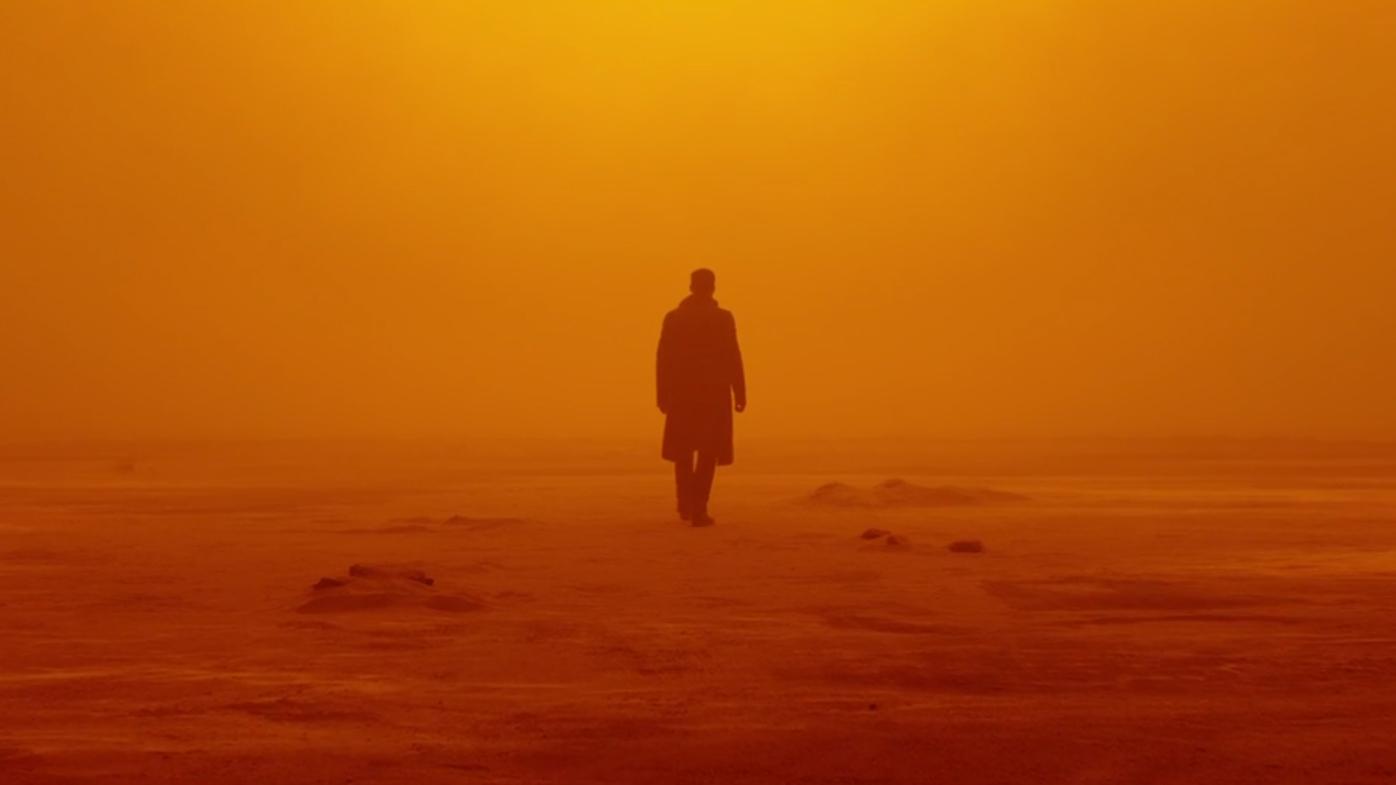 How the Alien and Blade Runner films could be connected

"With the long-awaited sequel to Blade Runner and Alien Covenant both releasing this year could we see some kind of crossover?"
by Kyle Barratt 21/02/2017

I fell in love with Alien the first time I saw the film when I was about 12. Its stripped back feel and tone made for a perfectly contained sci-fi horror while still hinting at an interesting wider universe full of dangerous alien races and even more dangerous earth-based corporations. It wasn’t until a few years later I first watched Blade Runner and while I’m not as much as an enthusiast for the film as I am with Alien I love the film’s version of a bleak and yet visually stimulating future landscape. As I watched the sequels to Alien for the first time I became very disappointed, not just in the diminishing quality but in the fact we never properly explored this fictional universe particularly what Earth was like. Then came Prometheus and I enjoyed that it was open ended, because it meant we were getting another film and I’m a fan of ambiguity, but once again disappointed that we didn’t see much of Earth. Then when rooting through the Blu-ray special features like the nerd I am I found information about the Alien version of Earth and from the information it seems like we have already seen it and never realised it. It seems that Blade Runner and Alien share the same fictional universe. And with the long-awaited sequel to Blade Runner and Alien Covenant both releasing this year could we see some kind of crossover?

First of all, let’s look at what this Blu-ray special feature actually says. It’s a simple text fact file giving us information on the background of Charles Weyland, portrayed by Guy Pearce in the film, who runs the Weyland Corporation which has its fingers in multiple pies including building synthetics like David from Prometheus and Ash from the original Alien. The fact file is written by Weyland as he describes his “mentor and long departed competitor” and how this competitor “ran his corporation, like a god on top of a pyramid overlooking a city of angels”. Weyland also states “I always suggested he stick with simple robotics instead of those genetic abominations he enslaved and sold off world”. All of this is quite clearly implying that this “mentor” was Tyrell from Blade Runner who lived in a pyramid shaped building on the Los Angeles skyline. Tyrell was the creator of the Replicants who are clearly these “genetic abominations” Weyland speaks of. The events of Blade Runner, or maybe even Blade Runner 2049, could turn the populace and conglomerates against the idea of Replicants after seeing it blow up in Tyrell’s face, or literally blow up Tyrell’s head, and wanting a more obviously robotic workforce and so Weyland became rich and powerful becoming the corporation we see in the Alien movies. 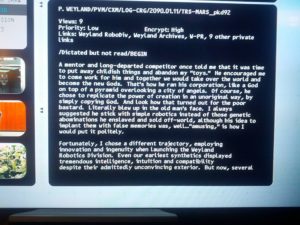 The discussed special feature from the Prometheus Blu-ray

Now timeline wise this does just about work because Prometheus is set in 2093, about 25 years before Alien, and we see Charles Weyland as a very old man meaning that he would be the right age to be the understudy of Blade Runner’s Tyrell before his death in 2019. The main question is whether the Blu-ray special feature is canon or not. The canon in the Alien films is a little screwed up already because the abysmal video game Aliens: Colonial Marines is considered canon and that rewrites parts of Alien 3 by making Hicks live instead of die like he does in the third film and there was even talk of the studio forgetting completely about Alien 3 and Alien Resurrection and making a fifth film set after Aliens. Just keep all of this in mind when we talk about the canon of the series. The producers in charge of the special features could have just come up with it themselves and included it as nothing more than a little easter egg for people like me to discover. Or Ridley Scott himself could have requested the connection to subtly set up some kind of crossover in the future.

I can’t imagine there being a crossover in the upcoming Alien Covenant because that film takes place on some far away planet and is concerned more about continuing the story of Prometheus with the Engineers and Xenomorphs than anything set on Earth. Blade Runner 2049, which is produced by Covenant director Ridley Scott, could feature a soft crossover of sorts to subtly link the films by maybe having a billboard for the Weyland corporation in the background. Or maybe the film could feature the Yutani corporation which will later merge with Weyland to become Weyland-Yutani, the company from the Alien movies.

One day I hope to see Earth in an Alien film and it would be cool to see a Xenomorph loose in Blade Runner’s version of a dark and dense Los Angeles. Just imagine how cool it would be visually seeing a Xenomorph stalk victims in the never-ending rain and the glare of the neon lights on the creature’s goo slicked head. Maybe we get this film eventually because I subscribe to the theory that the Engineers in Prometheus created life on Earth to be nothing more than a breeding ground for Xenomorphs which they use as biological weapons in their wars. The crew of the Covenant could discover this in the next movie and in the far future we could see the Engineers’ plan succeed with Xenomorph eggs (Ovomorphs) being dropped and unleashed on Earth. An alternative ending to Alien Resurrection presents a destroyed Paris, maybe the whole world is in a similar state and a war with the Xenomorphs could have been why.

I guess we’ll just have to wait and see whether the link between film series is just a cool nod or set up for a combined future for both sci-fi franchises. Do you think the worlds of Alien and Blade Runner are connected? Let me know in the comments and geek out with me about sci-fi on Twitter @kylebrrtt.

Tanked Up 66 – Switch Off PewDiePie