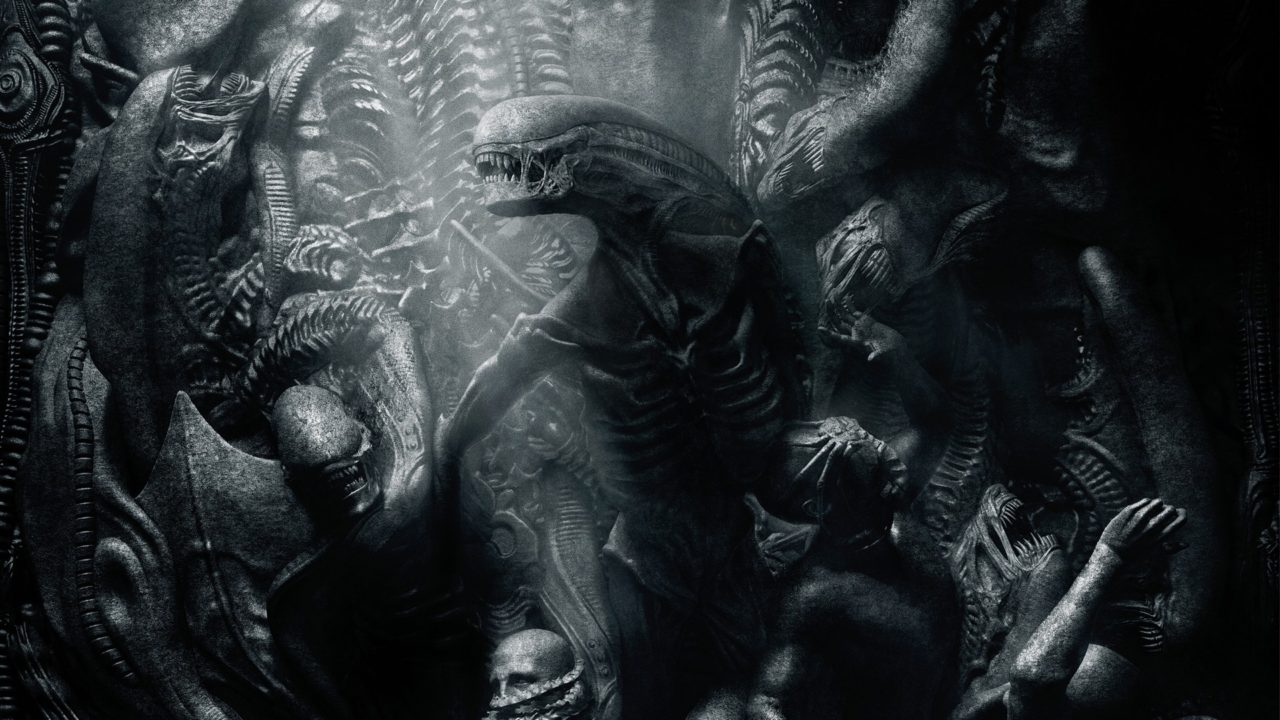 When Prometheus was released in 2012 it left us with a lot of questions and the promises of answers. 5 years later and we finally have a sequel (of sorts) with Alien Covenant and did we get the answers we were looking for? For the most part no but Covenant did change my perspective on such questions while posing new ones; Covenant clearly shifted the original storytelling plan which Prometheus started to a new direction and the possibility of answers now looks in doubt. So, let’s take a look at just some of the questions both Covenant and Prometheus left unanswered and explore possible answers and whether getting answers is even a possibility at this point.

How do the eggs end up on the Engineer ship on LV-426?

Now that we know David is responsible for the creation of the Xenomorph as we know it, we have to look at how that affects the continuity. In Alien, the crew of the Nostromo explore ‘The Derelict’ on LV-426 and discover the Xenomorph eggs (Ovomorphs) and the ship is guessed to be a several millennia old. Covenant is set about 15 years before Alien so how exactly did these fairly newly created Xenomorph eggs get on a ship that has been crashed for thousands of years manned by an Engineer who was killed by a Chestburster? I see two possible scenarios. Number one is that the age of ‘The Derelict’ is retconned and it’s only a few years old rather than thousands. The age is determined by some space truckers in Alien not scientists and the mummification of the body could simply be the crew mistaking the flight-suit for the real life form within. Number two is that the Engineer was killed thousands of years ago by a Neomorph Chestburster (similar to Proto-morph at the end of Prometheus), crashed the ship and then David or someone else used the ship – with its blue stasis shield – to store the eggs years later.

Why did the Engineers create and then want to destroy Humans?

The big leftover question of Prometheus didn’t even get mentioned in the sequel but I’ve finally discovered something: it doesn’t matter. Sure, from a story perspective it still would be interesting to find out but thematically, which is all Covenant is interested in, the only important thing is that they did create and then want to destroy us not why. The Engineers created humans, humans created synthetics and now a synthetic created the Xenomorph. Each striving for perfection but failing and then trying to stop their creation apart from David (so far). The Engineers maybe felt we weren’t good enough or we were too much like them and so wanted to wipe away their mistake. Humans created synthetics like David only to realise it was a mistake to make them so idiosyncratic and so wiped away their mistake by making them more robotic like Walter. David, after his experiences with Weyland and the events of Prometheus, and because he’s a little crazy (getting confused between Shelley and Bryon: rookie mistake!), creates life of his own in the Xenomorph which is described in multiple films as a ‘perfect organism’ and kills the Engineers and humans because he finds them flawed. Thematically the question isn’t a question at all but rather a statement: Engineers created Humans and then wanted to eradicate them.

Having said all that it would be interesting to get an answer in a future film whether it’s the true that the Engineers created Humans just because they could like David prophesises in Prometheus or that there is a greater story. The Engineers who created humans as seen in the Prometheus prologue had a different ship than the classic horseshoe shape so maybe one group of Engineers wanted to create life while another group thought that was a mistake and so sort to undo such creations.

Why did the Engineers create the virus?

While David created the Xenomorphs it was the Engineers who created to bio-weapon from which they are created from. Depending on exposure it breaks down victim’s DNA killing them or can make them ‘give birth’ to monsters like the Neomorphs which will kill the rest of the populace. Why did the Engineers create the virus in the first place? It could have been to wipe out their creations but I believe Aliens: Colonial Marines holds the answer. Yes, I’m talking about that awful game but you have to remember that the game is canon and the creators even spoke to Ridley Scott about Prometheus while it was in production. In the video-game, there is an easter egg which shows a holographic battle between ‘The Derelict’ and another ship which ends with the ship crashing on LV-426. This shows the Engineers were at war with someone and so the virus may have been created as a weapon against these unseen enemies. Plus, the other ship in the video looks very much like the one seen in the Prometheus prologue giving credence to the idea that it is a civil war between the Engineers.

Is the black goo from the Prometheus prologue the virus?

The Prometheus prologue shows an Engineer drinking a mysterious black liquid before he falls apart and his DNA reforms to create life on Earth/an Earth like planet. It was presumed that because Prometheus was all about a mysterious black liquid which turned out to be a bioweapon that they were one and the same. But as Covenant confirms they do very different things and so what that drink was is now a mystery. With the drink killing and then giving birth to humanity maybe it was later weaponised to kill and create the neomorphs instead. I feel Prometheus was hinting that it was the same liquid but now that the plans of the films and mythology has changed it could be something else entirely.

Why wasn’t the Engineer planet previously discovered by the Covenant crew?

When the crew of the Covenant hear the transmission that sends them to the Engineer planet they express their surprise about how they never discovered the planet previously especially with them looking specifically for habitable worlds. It’s made a big deal of, so much so that you think it’s going to become a plot point only for it to be dropped entirely. So why was the planet not known to the crew? David didn’t have anything to do with hiding it because he wanted the opposite: to attract humans so he could create and spread his Xenomorphs. The Weyland corporation usually want people to travel near Xenomorphs so they can acquire them for weaponization so why would they hide any record of the planet? I think the Weyland Corporation (or Weyland-Yutani by this point) did hide the planet from commercial/civilian vessels because they were planning on traveling to the planet themselves to find out what happened to Shaw and David after picking up the same transmission as the Covenant did. Also, I wonder whether that planet was the homeworld of the Engineers or just a colony?

Why make James Franco ill in the Prologue?

So, James Franco was in Alien Covenant but he had more to do in the promotional ‘Last Supper’ prologue than in the actual film. We see the crew before the events of the film and Franco misses out on a party because he is ill and decides to go in his sleep pod early. Him being ill is an important thing and feels like set up for something in the movie but it has absolutely nothing to do with the events of the film or his death at the very start. It was probably just written into the prologue to create a sense of foreboding but feels cheap to not have it pay off. Although I guess it was worth it just to have him say “I’m just burning up” which is some humorous foreshadowing to his actual fiery death.

Have you got any cool theories about Alien Covenant and Prometheus? Let me know in the comments and geek out with me about Alien on Twitter @kylebrrtt.

Out Of Pods – Something True