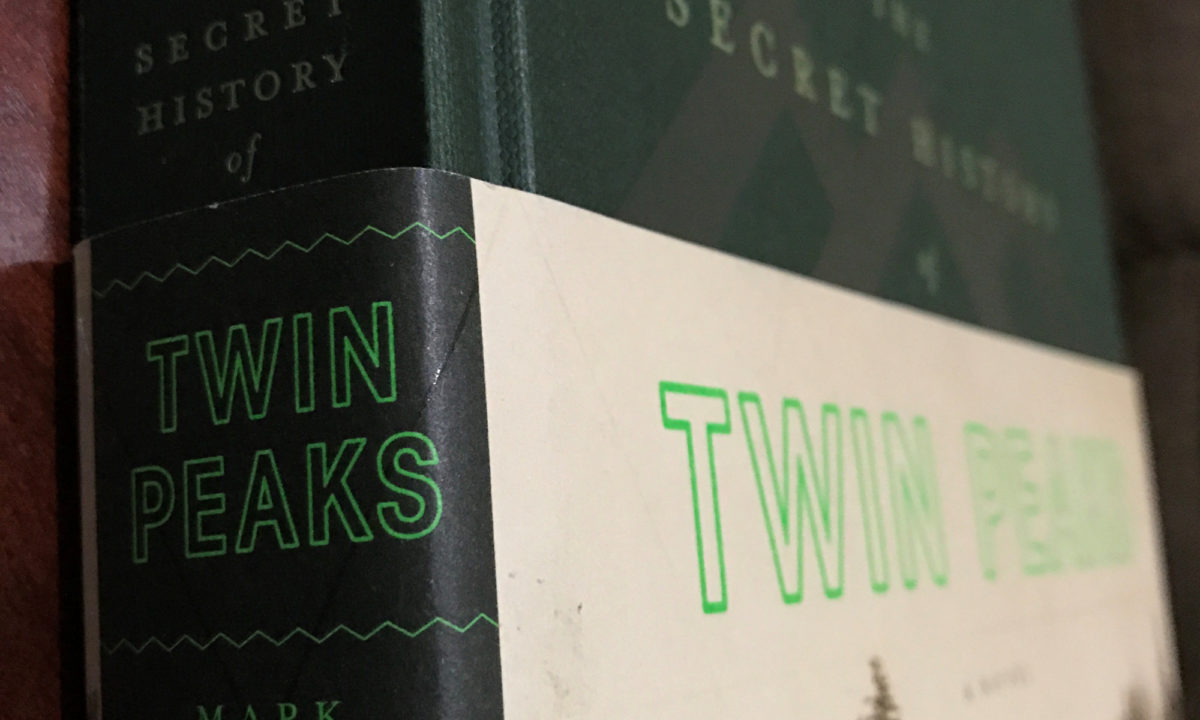 Why you should read Mark Frost’s Twin Peaks books

The television industry is very much in a phase of recycling old shows in the hope of cashing in on fandom and the nostalgia audiences have for them. There have been failures (Heroes Reborn) and successes (The X-Files) but the return of Twin Peaks was something different from this manufactured nostalgia. Twin Peaks returned because of a creative vision between Mark Frost and David Lynch and should be classed as art before anything else. The returned show transcended its lovable quirky origins as part-detective drama, part soap-opera spoof and barreled full force into the bizarre supernatural and metaphysical world introduced in the original show. The Return was a riddle wrapped in a mystery inside an enigma surrounded by a horror-comedy-thriller that blew minds and tickled heart strings and ultimately is nothing short of a masterpiece and one of the best things to ever call television home. The Internet was a great place to delve into the mysteries after each episode but there was one thing that I saw consistently that annoyed me: the constant praise of David Lynch for everything. I’m a big Lynch fan but we can’t forget that the other side of the writing duo, Mark Frost, deserves the praise too and he proves his worth in his two recently released Twin Peaks books that were written purely by Frost. Books I believe every Twin Peaks fan should read because this past year we didn’t just get ‘Lynched’ we also got ‘Frosted’.

The first book was ‘The Secret History of Twin Peaks’ and was released in October of 2016 to seemingly set up the upcoming new season but ended up doing so much more. The book takes the form of a dossier, a collection of various documentation including newspaper articles and government files, created by a mysterious character known as The Archivist detailing the history of the town of Twin Peaks, its citizens and the supernatural elements at play there. To add another layer, FBI Agent Tamara Preston, who was seen in The Return, is tasked with analysing the dossier and her notes and impressions can been seen in the margins throughout the book. ‘Secret History’ is an incredible look at the wider world of Twin Peaks, expanding on the lives of minor characters in the show and exploring how so many conspiracy theories and unexplained events, from extra-terrestrials to Richard Nixon, can fit into the Twin Peaks mythos. While billed as a companion to the latest season, ‘Secret History’ feels like it’s its own piece of the Twin Peaks puzzle, capable of standing alone as a wonderfully barmy addition to the lore. Looking back after watching the latest season of the show, the book does offer some hints to story points and characters but the book feels like Frost staking a claim in the franchise showing he can be just as idiosyncratic and wacky as his more famously so writing partner. Oh, and if you’re going to pick up ‘Secret History’ then make sure to get some Dr Jacoby style 3D glasses too if you want the full effect.

Frost’s second book was released soon after the latest season of the show concluded. Titled Twin Peaks: The Final Dossier it is much more of a straightforward companion for the show. Well, as straightforward as a series with multiple dimensions, realities and doppelgangers can be. The epistolary nature of ‘Secret History’ is gone for a cleaner format designed in the form of a series of files named for various characters and locations, written by Tammy after the events of The Return. The book details what happened to characters between the original show and The Return and hints at where they are afterwards. I won’t spoil anything here but details are given on Audrey, Philip Jeffries, Judy and we finally discover the answer to “How’s Annie?”. It’s not all about the ambiguous elements of the show however as we get closure on beloved characters and relationships including Big Ed and Norma and a certain log. Part of what we all love about Twin Peaks, particularly the ending of the latest season, is the mystery and I was initially wary that the book would answer too much. Thankfully it doesn’t, instead playing with the lasting ambiguity by only answering things heavily implied in the show and the evidence it gives towards the wider mysteries expands them rather than concludes them.

Frost’s writing is unsurprisingly fantastic, not just in the creation of the huge mythology but in capturing the unique voices of certain characters and witticisms whether on self-reflective ridiculousness or the odd political reference – a certain orange-faced, small-handed rich guy makes an unnamed appearance. The books also succeeds by being from a human perspective, mostly from Tammy’s POV. Instead of Frost revealing everything because he knows it he makes Tammy work for the information and some of it she never acquires because it makes logical sense that she wouldn’t. We as TV viewers know more than her about some aspects because we were there watching it happen on TV whereas Tammy wasn’t. While she puts a lot of information and evidence together, Frost leaves the putting together of the jigsaw pieces to the reader and that more intellectual approach is rewarding.

There has been chatter since the finale on whether we will get more Twin Peaks on television and while I would most definitely be open to it if Frost and Lynch are passionate about continuing but if this is the end then I am content. I love the ending of the series and the two books by Frost add to the unending mystery and unique texture of Twin Peaks. I you haven’t read the books and want more Twin Peaks then they come highly recommended.

Have you read Mark Frost’s Twin Peaks books? Let me know in the comments and geek out with me about TV, movies, books and videogames on Twitter @kylebrrtt.

Euro Truck Simulator – Does It Hold Up?