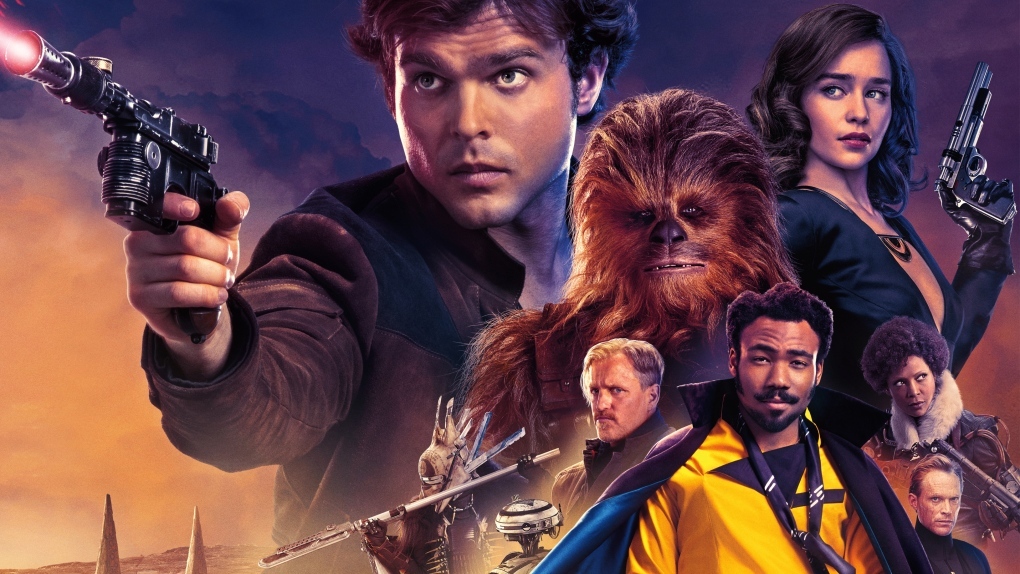 So, there I am. Sitting at the local cinema watching Solo: A Star Wars Story. I’ve been enjoying it. It’s far from my favourite Star Wars and I haven’t been convinced that it needed to be made but I admit, it’s a fun watch. The film’s almost over and the third act stretches on and on; one predictable betrayal after another until something happens that I never would have predicted. Darth Maul appears onscreen, robot legs and all, says something menacing (I forget what, I was in a state of shock) and is revealed to be the head of Crimson Dawn. It was a big moment, something I’d thought I’d never see, but after the initial bolt of nerd shock dissipated I realised I didn’t actually like it.

I feel like my shock at seeing Maul (he isn’t a Darth anymore) and that of the general audience will be different. I’m sure many will see him and internally exclaim: “Darth Maul! I thought he was dead!”. I had that shock of a seemingly resurrected Maul back during season 3 of Star Wars: The Clone Wars, the canon animated show, where it was revealed he survived (still not sure how) and now wanders the galaxy with a thirst for revenge (against Kenobi and Palpatine) and a pair of cool looking robot legs. He fights the Jedi, leads a coup on Mandalore and starts his own criminal organisation before disappearing when the show was suddenly cancelled. So, my shock at seeing Maul in Solo wasn’t that he was alive, it was that Lucasfilm were re-introducing him to audiences who just watch the films.

It’s just like the Phil Coulson situation in the Marvel Cinematic Universe. To the movie audience, that character died a meaningful death in the first Avengers movie. To TV audiences, he was resurrected with some Kree blood (don’t ask) and now runs S.H.I.E.L.D. He can’t come back to the movies (unless it’s the upcoming prequel Captain Marvel) because it will confuse the audience who haven’t seen the show. Maul is exactly the same way and that leap back to the big screen is what created my initial shock of his return. The fact that he has returned to the films isn’t what bothers me about his appearance in Solo, it’ll hopefully drive people to watch The Clone Wars which is great, it’s that I think Solo was the wrong place for his return.

If this cameo was just to show movie audiences that Maul is back then great, but his final scene is treated as a tease for an appearance in a Solo sequel. Whether or not that should or could happen is debatable but the implication is that Maul, with Qi’ra by his side, will hunt down Han after he refused to hand over the Hyperfuel to Crimson Dawn. Maul should never meet Han! Han should never see a lightsaber or meet someone who uses the Force before he meets Ben and Luke in Episode 4 and so having him encounter Maul would be a mistake. I’m fine with Maul in the movies, even films about the galaxy’s criminal underbelly, but he should be kept as far away from Han as possible, not be set up as an antagonist for a possible Solo sequel.

Maul may not even be in the Solo sequel and instead he could appear in Maul: A Star Wars Story which features him making a name for himself in the criminal underbelly or even an appearance in a bounty hunters movie. The problem is that Maul has been developed as much as he already can be in the animated shows. General audiences may think now that Maul’s back and an Obi-Wan film is rumoured to be on the way that we are going to get one last showdown between the two but that’s already happened in Star Wars Rebels. Rebels told the end of Maul’s story with him having a final confrontation with an aged Obi-Wan in the Tatooine desert in one of the show’s very best episodes. With the story told and Maul’s death known, is there much point to revisiting the character?

I want greater connectivity in the Star Wars canon but I feel this is the wrong call. I do have some nerd glee in seeing Maul have the same lightsaber he uses in Star Wars Rebels, even though he ignites it for no apparent reason, and seeing Ray Park and Sam Witwer portray Maul was great but I’m unconvinced the character needs to return. If some clever writers can come up with a good story to tell between The Clone Wars and Rebels then maybe I’ll be okay seeing Maul in another movie, possibly even his own, but I believe Solo, a film where the lead character can’t come into contact with a lightsaber-wielding Force-user, was the wrong place for him to be reintroduced, let alone set him up to be the antagonist of the sequel.

How do you feel about Darth Maul’s surprise appearance in Solo? Where would you like to see the character next? Let me know in the comments and geek out with me about TV, movies and video-games on Twitter @kylebrrtt.