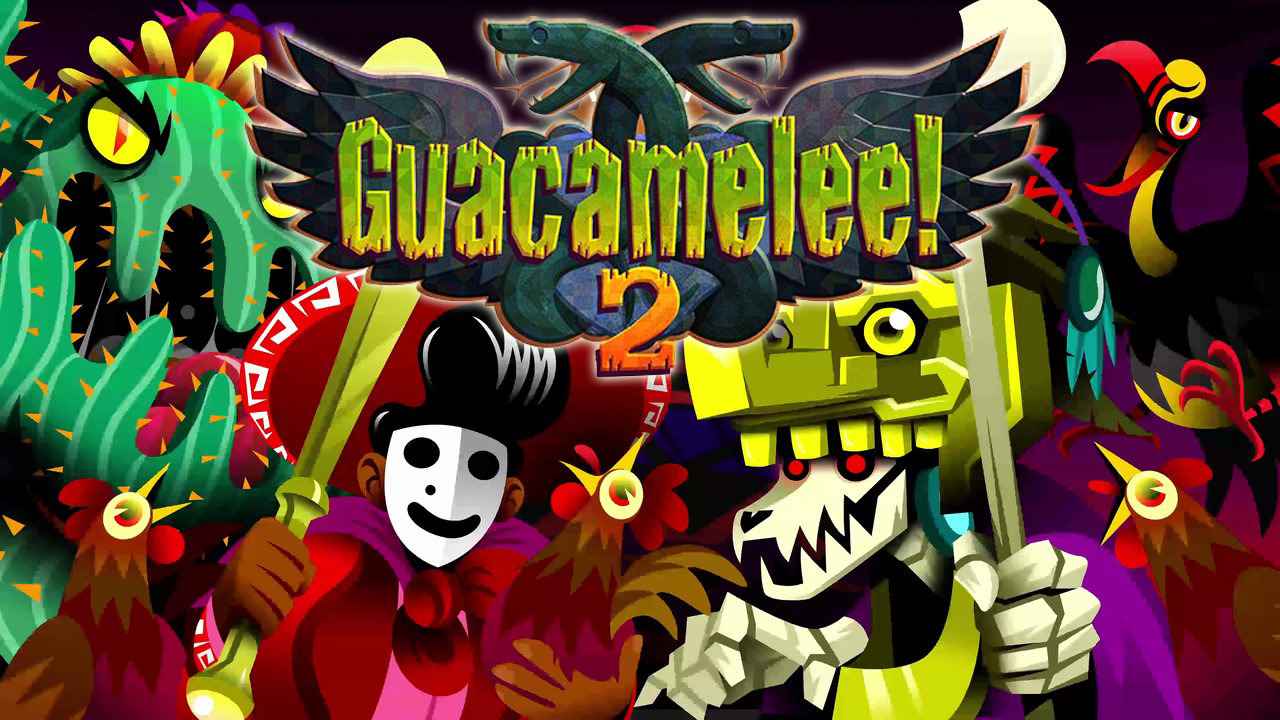 Juan is back with his Mexi-can do attitude! Time to lucha liberate the Mexiverse!
by Lee Chesnalavage 09/09/2018

Several years have passed since Juan’s spectacular victory over Calaca in Guacamelee! and Juan is now overweight, happily married and a father to two kids. Tacos are for dinner but Juan ate all the avocados and everyone knows you can’t have tacos without guacamole! So into town you go, where you stumble into your old goat pal Uay Chivos. Chivos explains that the Mexiverse is in peril because a wrestler from another timeline has evil ambitions that may cause all timelines to collapse in on themselves, and he needs Juan’s help to restore peace otherwise all of existence will cease to exist.

Fearing for the lives of his wife and children Juan slips on his magical lucha libre mask and enters the Darkest Timeline to conquer the evil Salvador and his corrupt henchman: an ass-kissing magician, a skeleton zombie priestess and a sentient-cactus-genius-toucan double act. Did I enjoy Guacamelee! 2? Yeah, I bloody loved it. I had a great time! But for some reason I’m struggling to talk about it with any degree of enthusiasm because it was all too similar to the first one. I was overwhelmed with a feeling of familiarity, and like meeting an old friend it can be comforting – but it’s not necessarily exciting or empowering.

Guacamelee! 2 introduces a few new mechanics that I can’t ignore. You can upgrade your wrestling moves to deal more damage and you can unlock perks to bolster your fighting skills, which are rewarded to you by successfully performing wrestling moves in certain ways (and paying a small fee, of course). The map design is one of the best maps in a Metroidvania, especially if you’re a newcomer to the genre. It uses colour and shading techniques that clearly mark areas you should return to. Most Metroidvanias are purposefully ambiguous but Guacamelee! 2 isn’t afraid to hold your hand. This is because getting to new areas isn’t the challenge: the challenge is being locked in a room with a horde of skeletons, or having to navigate your way past spiky walls and over lava pits without touching them. Guacalamee! 2’s strength is how it can successfully turn a single room into an action puzzle.

I know one of the things fans ask for more of was Juan’s chicken form and DrinkBox delivered. The Pollo Power has more wrestling moves this time round and allows Juan to pull off some incredible feats of flight. You actually unlock it really early on and that’s one of the best decisions DrinkBox could have made. Guacamelee! 2 is a solid Metroidvania, one that I would consider an introduction to the genre. It’s jam-packed with what I’ve come to expect from DrinkBox Studios which is wit, sarcasm, pop culture references and (most of all) that blocky-but-not-always-blocky art style, and its formulaic approach does make for an extremely fun and addictive experience.

And everything I’ve just said is how I would have described the first Guacamelee!. For me, that’s my problem – especially when I’m evaluating a sequel. If you’ve played Guacamelee! you will already know what to expect from Guacamelee! 2 as it barely has a shred of originality, with recycled locations, characters and wrestling moves. It feels more like 10 hours of DLC more than it does a sequel. None of which is indicative of a terrible game, because it simply isn’t. If you’re a glutton for DrinkBox games and hungry for more Guacamelee! specifically then grab your salted tortilla chips and dive right in.

Why? Guacamelee! 2 is a solid action platformer and a perfect introduction to the Metroidvania genre. It’s funny, colourful and extremely challenging at times.

But… It’s far too similar to the first Guacamelee! and any small additions that have been made simply aren’t enough. It doesn’t ruin Guacamelee! 2 but it’s definitely distracting if you have fond memories of its predecessor.

Tanked Up 132 – Behind Every Great Hospital