So what makes DBZA so special? 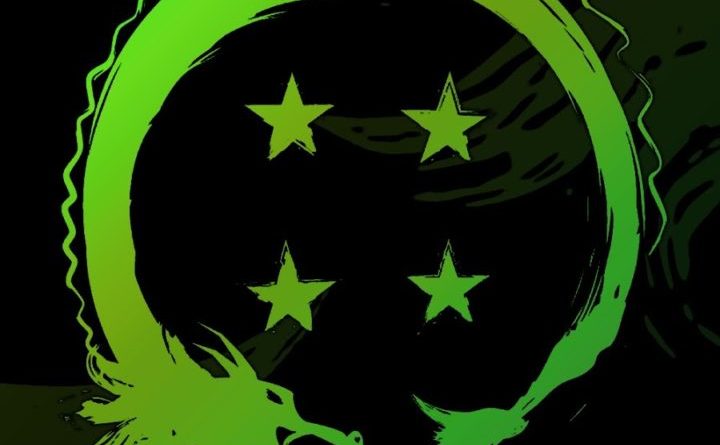 Just about anyone with a passing awareness, let alone interest, in Anime will have heard of Dragon Ball Z (DBZ) at some point. The series forming a central part of what is often known as the “Golden Age of Anime on TV” in the West during the late 90’s and early 2000’s. DBZ is well-known, for its epic power-ups, iconic Kamehameha and additionally it is famously (or infamously if you aren’t a fan of long fight scenes) known for containing the longest fight in Anime history; clocking in at over 4 hours of on-screen time (which is an A Grade trivia fact to impress someone who you’ve just met). Far fewer people, however, will know of Dragon Ball Z Abridged (DBZA), the “Non-Profit, Fan-Based Parody” by Team Four Star (TFS) on YouTube.

While it is less well-known than the actual series, leaving it there would do a massive disservice to the hard-working people at TFS and their community of fans; the series is a huge success. Team Four Star’s YouTube Channel has 3.4 Million Subscribers and Episode 60 (Part 1) has over 5 Million views after a few short weeks since it was published with parts 2 & 3 well on their way to match it with 4.4 Million and 4.6 Million views respectively (at time of writing). Which isn’t bad going for a bunch of amateurs (originally) who have cut the show down, added their own spin and then completely redubbed the entire thing themselves.

Starting off back in 2008; TFS has gone from a rough edged bit of fun to an almost professional quality Dub of the show that is as beloved by many fans as the ones for the “proper” series. Scott Frerichs (KaiserNeko), Nick Landis (Lanipator), Curtis Arnott (Takahata101) & the rest of the team have crafted something truly special over the last 10 years that has culminated in the 3-Part Episode 60 that finishes off the Cell Games Saga. Demonstrating with aplomb all the things that make Dragon Ball Z Abridged the massive hit that it has become. Abridged series, for those unfamiliar with them, are shortened versions of a show; Often with a complete redub as is the case with DBZA. There are several Abridged series on YouTube, many of which are based around various Anime series which can often be quite long with plenty of unnecessary filler that makes them prime candidates for a trimming down. Dragon Ball Z is a great example of a show that, owing to the circumstances in which it was made, ended up being quite long-winded and in need of a trimming down; many would argue. As evidenced by the fact it took Dragon Ball Z 194 Episodes to reach the conclusion of The Cell Games Saga and DBZA only took 60 episodes to reach the same point in the story. In fact, in addition to Team Four Stars “fan-based parody”, there is an official “abridged” version in the form of Dragon Ball Z Kai which cuts the filler and tightens up the story arcs, bringing it more in-line with the Manga upon which the series is based but were still being written during the original run of DBZ on TV.

So what makes DBZA so special?

The people who make it; that’s the short answer. Team Four Star demonstrate a complete understanding of the characters and the stories they are adapting. So while they cut the show right down they don’t lose any of the key plot points and character development whilst adding their own clever comedy and flourishes to stamp their own mark on the show. They find space to develop secondary characters that the original show often neglected and have turned many of them into fan favourites. Characters like Nappa, Nail & Android 16, who don’t really make much impact in DBZ, get their moments to shine in Abridged. They mix a wonderful style of humour through their version of the show while remembering not to lose the impact and emotion of the more serious moments. In addition to showing how in-tune they are with many fans, as fans themselves, by commissioning an English language version of a song used during a pivotal scene in the original Japanese airing of the show. They’ve come a long way in the decade since they started.

I originally came across DBZA while looking for clips of my favourite DBZ moments on YouTube. I initially dismissed the Abridged clips as “not the real thing” and kept on moving. Eventually though I watched the DBZA version of Vegeta vs Android 19. (See embedded video below) It’s one of my favourite moments of the original series and, seeing that the Abridged version was just as good, I fell down the rabbit hole and watched the entire Abridged series. I’m so glad I did & I recommend you do the same.

(Skip to 5:44 in the video for the fight I mention as my favourite – though you should really watch the entire series from Episode 1 to really appreciate everything going on here.)

Why I’m excited for The Division 2

Tanked Up 141 – Strip Fortnite And The Realisation We’re Old