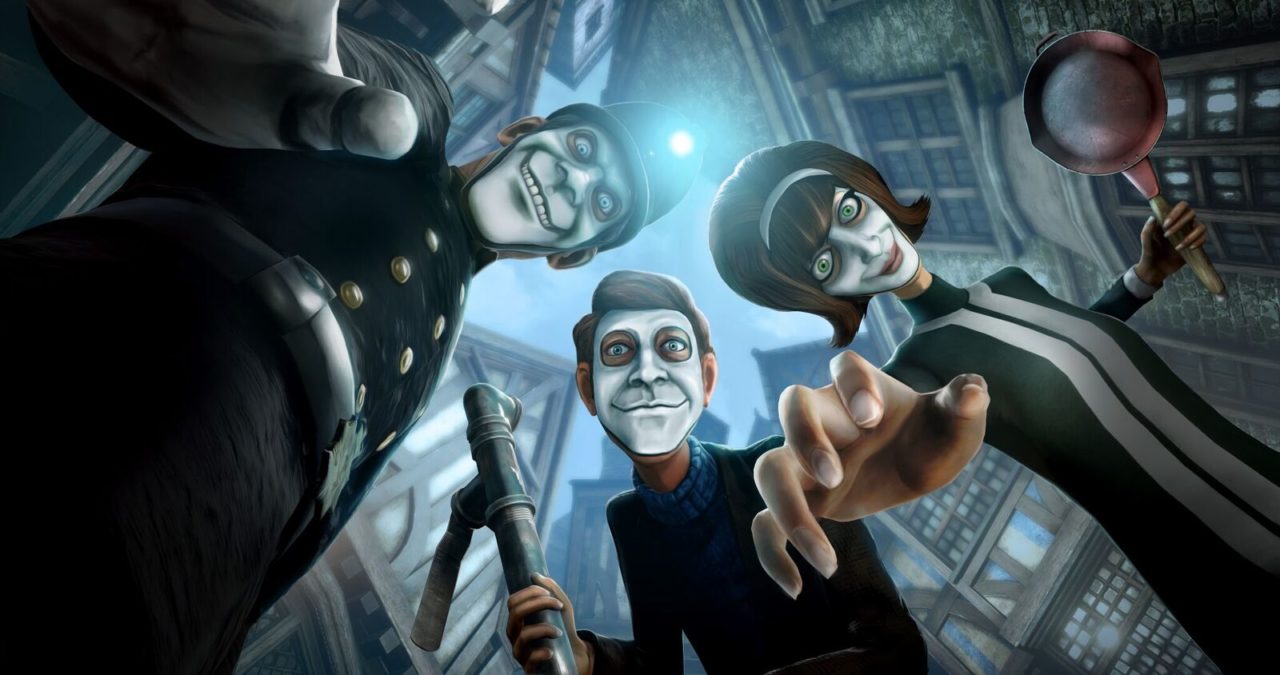 My First Few Hours With – We Happy Few

Code for the game and season pass was provided

We Happy Few a game that had caught my eye from its announcement and as the game came out and released was not shy of some controversy. One year on and two expansions later I am finally able to sit down and play the game putting to one side everything I have heard about the game and making my own assumptions.

Going into the game I knew little of the game outside of a few trailers and that the drug Joy warped reality to make abhorrent sights more palatable for example a rat becoming a pinata, although under the effects of Joy one only sees the pinata and candy not the bloodied corpse of an animal being devoured. It’s this premise that is really intriguing, however, the games real draw is around the first player-controlled character of Arthur whom upon not taking his medication and choosing to remember sets up a tale of familial bonds and a very dark occurrence that in my first few hours is only getting juicier. Being set in a post WW2 era the German aftermath is apparent but alongside those its unclear whether the story we have been told is true upon a fairly shocking plot twist involving tanks.

The story of Arthur and his journey to escape Wellington Wells is tantalizing and very much the driving force for wanting to progress and explore. It is through side stories where the desolate world really comes to life. Interacting with various characters and how they’ve adapted to life is really interesting. Characters who have also just been cast out and trying to find their place in the Garden District was a notable encounter and mirrors your situation just a few hours ago, helpless and having to survive. But now I am able and understanding of the rules and as such made for a very poignant moment. No side quests currently have felt the same so far and always are just the right length just to not making them busy work they are short and contained and to the point making them fun and engaging definitely worth pursuing.

It is a good thing that the story and questlines are so strong as gameplay can be a mixed bag throwing together a skill tree a survival system and inventory is very overwhelming at the start. After a time it does become intuitive to a point. Stealth is a core element of the game and whilst it works there have been a few instances where I thought for sure I have been discovered only for the AI to mosey on by, or alternatively and more infuriatingly they will sound the alarms despite being completely hidden it is here when We Happy Few falls apart and this admittedly very impressive game breaks that. It also lacks a certain polish I encountered a few pop-in bugs and things getting caught on objects these aren’t game-breaking but again quite frustrating. The mechanics and subsequent gameplay are competent and depending on your tolerance for survival mechanics your mileage may vary for me though they are serviceable enough that I can overlook the shortcomings and bugs to progress down the spiraling rabbit hole that is not only Arthurs story but the story behind the world.

A key mechanic I left out is that of the Joy meter this is because for the first few hours of the game Joy is not available to the player granted that’s with me taking my time and exploring the world I am sure if you gun straight to main quest after main quest one can be at the point of Joy overdosing much sooner. When you do get to the Village district the game does feel fresh and new gone is the Garden district woes and now a whole new set of trials, tribulations, and social standings have begun. The journey between the districts does lead to a really cool moment that I don’t want to spoil as it has again been a really fun moment and shows great understanding on the writers part of what makes this game so intriguing.

I have been streaming my progress with the game over on my personal twitch account as a companion piece to the articles I will eventually be writing.  To summarise my first few hours with We Happy Few is that once you get past the initial jumping-off point the game opens up to be a surprisingly light-hearted but also dark and demented adventure that peels the layers off at the right times to keep you pursuing the mystery that’s laid out. I would definitely recommend giving the game a chance especially if you are a fan of world-building and intriguing narratives  I look back to reporting more when I get some more time to progress in We Happy Few.