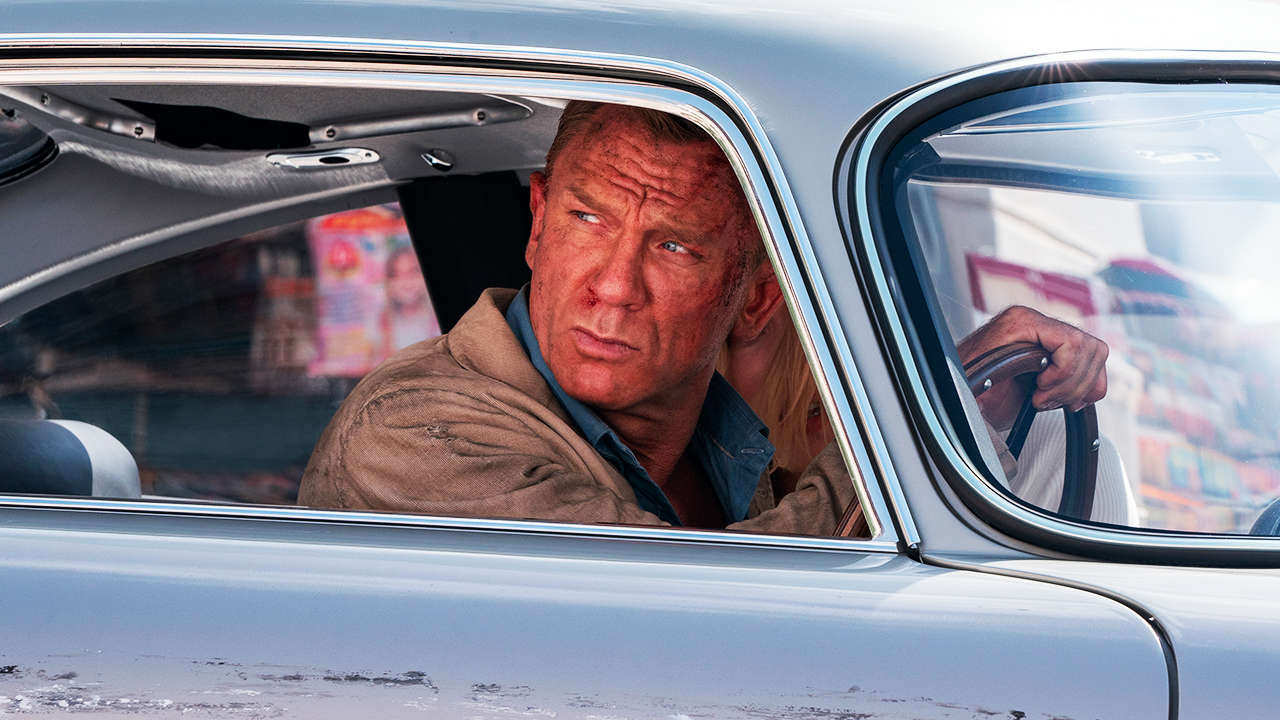 My Thoughts on the No Time To Die Trailer

Discussing the hits and misses of the first trailer for Daniel Craig's final Bond film.
by Kyle Barratt 10/12/2019

A little over four years after Spectre was released in cinemas, the trailer for Daniel Craig’s fifth and final James Bond film – No Time to Die – has been released. It’s not been the smoothest of productions for the now 25-film franchise, with Craig’s presence initially uncertain and director Danny Boyle leaving the project over creative differences, but the almost 60-year-old series will never lie dormant for very long with No Time to Die releasing in April 2020. Craig will be the first actor, in the official series, to play Bond across three separate decades – the 2000’s, the 2010’s and soon the 2020’s. His debut as the character in 2006’s Casino Royale was my first time seeing a Bond film on the big screen and I’m eager to witness his incarnation’s final chapter 14 years later. The recently-released trailer gave us our first look at the upcoming film and I very much liked what I saw, I just didn’t love the way I saw it. In other words, the film looks great but the trailer itself I found quite weak. We’ve been in the ‘golden age’ of film trailers for a while now, with many of them breaking through the marketing hyperbole and corporate advertising to be mini works of art in and of themselves. The No Time to Die trailer doesn’t reach such heights and I don’t think it matches the quality of most trailers of similar films released recently. The content itself is strong, which I’ll discuss in a moment, but I thought the pacing of the trailer was quite poor. There’s no flow to it, but rather a series of stops and starts. There’s a quick action beat and suddenly we’re back into a slower story beat, rinse and repeat. Usually there’s some action to open a trailer before it quiets down as the story is introduced and over the two minutes ramps back up again to an action-filled finale. What the trailer felt like was 3 or 4 TV spots/adverts edited together. It also featured the voice-over line from M, “The world is arming faster than we can respond” which feels like a less pithy version of the overused trailer line, “The world is changing” and only makes the film feel more generic.

But let’s move on to the actual content of the trailer and what I saw excited me. I’m a fan of Danny Boyle’s work and so was saddened when he left the project, but from the trailer I’m liking the visual stamp that director Cary Fukunaga is bringing to the franchise. I’ve yet to see a previous film he’s directed but I’ve greatly enjoyed his work on television, with the first season of True Detective – of which he directed every episode – now considered a modern classic and his Netflix series Maniac being a weird delight. Just from the trailer we can see that the film is bathed in colour so much more than Spectre, which was a film with an incredibly dull colour palette, and is closer visually to Skyfall. And the room in which Bond is in a dialogue with Rami Malek’s villainous Safin is at once reminiscent of some of the great work done by original Bond set designer Ken Adam and also brings forth memories of similar sets from Blade Runner 2049, which is no bad thing.

My biggest surprise from watching the trailer is that Madeleine Swann, daughter of Mr White and the woman Bond left the service for in Spectre, is returning in a large capacity. We knew she was going to appear in the film, and given the ending of Spectre it wouldn’t make sense if she didn’t, but wrongly I was expecting her to die in the first act, leading Bond on a personal mission of revenge. But I’m glad I was wrong because they seem to be developing her character and hopefully making her more interesting than she was in Spectre. We don’t need another female character killed off purely as motive for the male hero in modern cinema, or ‘fridging’ as it’s called. Instead, Madeleine is apparently pivotal to the plot and the villain seems to be personally connected to her rather than Bond. I find this reveal incredibly refreshing because I don’t want another ‘Blofeld as Bond’s step-brother’ situation where the villain is unnecessarily connected to James’s past, but we still get a personal connection to the plot for Bond. Madeleine’s mysterious past reminds me of Vesper and her secrets, which should make for a nice bookend to Craig’s tenure as the character.

The trailer also offers our first look at Lashana Lynch as the 00-agent appointed to keep an eye on Bond now that he’s left the service, and rumours suggest that she has adopted his 007 moniker. I like what we see of the character, with her able to hold her own in action sequences, and we get a hint of the playful antagonism between her and Bond that’s ready to become serious if he steps out of line, which is pretty much a guarantee. I think her inclusion is a really great idea. I want to see Bond meet and possibly work with his replacement. That’s never been done in the franchise’s 50+ years. And what better way to show the changing of the world and modernisation of the service than to replace the old white “sexist misogynist dinosaur” with a black woman. It’s genius and a meta comment on the casting of these sorts of roles. As she says, “The world’s moved on, Commander Bond”. Despite some rumours (which I’m sure are created just to spark argument), I think it’s clear from Barbara Broccoli’s recent comments that this new 007 won’t be carrying on the franchise as the lead character after Craig leaves but instead Bond will be recast, with a man. Which, as happy I am with her inclusion in No Time to Die, I agree with. The star of the Bond movies should be James Bond and that character should be a man. I feel his gender is a prominent part of his characterisation. In the past, the Craig Bond films have struggled with the balance between the action sequences being grounded and being heightened. The third act helicopter chase in Spectre for instance is shockingly dull, while the fight on scaffolding in the Italian palazzo in Quantum of Solace is an over-the-top mess. From what little we see, No Time to Die seems to be walking that line well, with grounded fist fights but an elaborate car chase with real stunts featuring the Aston Martin DB5 too. We get a glimpse of three different generations of Aston Martin in the trailer and the re-appearance of The Living Daylight’s V8 Vantage may be worth the price of admission alone. The DB5 seems to have been given some upgrades after its destruction in Skyfall and consequential rebuilding in Spectre, with guns now hidden behind the headlights. Yeah, they may come handy when dispatching legions of goons, but they’re very impractical when night driving. You didn’t think of that did you, Q?

After being absent for two films, and two seasons of Westworld later, Jeffrey Wright returns as Felix Leiter, the CIA agent tasked with bringing Bond back in from the cold. Or back in from the warm I guess because they’re in Jamaica. I like both the actor and character a lot and so I’m happy to see them return, even though I imagine it’ll be nothing more than a glorified cameo. Also returning is Blofeld, seemingly being the Hannibal Lecter to Bond’s Will Graham. While I didn’t like the personal history between the two of them explored in Spectre, I am glad that Blofeld is back and hopefully the writers can give Christoph Waltz something better to work with this time around. But while Blofeld is pulling the strings, Rami Malek’s Safin is the primary antagonist of the film and I like what we see of the character. It’s certainly playing into the Bond villain tropes of old, with a weird accent and voice, a bold flair for fashion and an easily recognisable feature, which in this case is a broken mask. The mask might be a little much, we’ll see, but Madeleine being sent one in the trailer makes me think that Bond will shoot a masked figure at some point thinking it’s Safin but actually he’ll have killed Madeleine. One thing that does surprise me is that both villains have facial scars and over the past few years I’ve seen lots of discussion about how the Bond films have vilified people with disabilities and disfigurements, but I guess that’s one trope that isn’t going away. I enjoy the joke in the trailer of Bond having to state his full name to the MI6 receptionist because he’s clearly been forgotten since leaving the service several years earlier. It’s a gag also seen in the trailer for Star Trek: Picard in the exact same context – parallel thinking at work – and I like how it’s a twist on his famous “Bond. James Bond” quote. Not only does it show that James has been off-the-grid for a long time but it also feels a bit meta considering how long it has been between movies. I’m glad they’re accepting that Bond is no longer the young agent he was in Casino Royale but rather a much older and battered man, with a dodgy knee apparently. I’m happy they’re not following the path of the Roger Moore films where Bond’s advancing age was constantly ignored to the point it became quite embarrassing.

The trailer concludes with a cool recreation of the famous gunbarrel sequence which I imagine is just for the trailer and won’t appear in the film itself. Although, you can read about why I’m hoping the film’s title will be something of a joke and that James Bond will actually die in the film in a gunbarrel-inspired sequence here. And that’s it; no more footage. I’ll just have to keep rewatching the trailer until we get more closer to the film’s release in April. While I think the trailer has some problems, I very much like what we’ve seen of the actual film thus far. What are your thoughts on the No Time to Die trailer? Let me know in the comments and be sure to geek out with me about TV, movies and video-games on Twitter @kylebrrtt.

Ranking the Gears of War Games