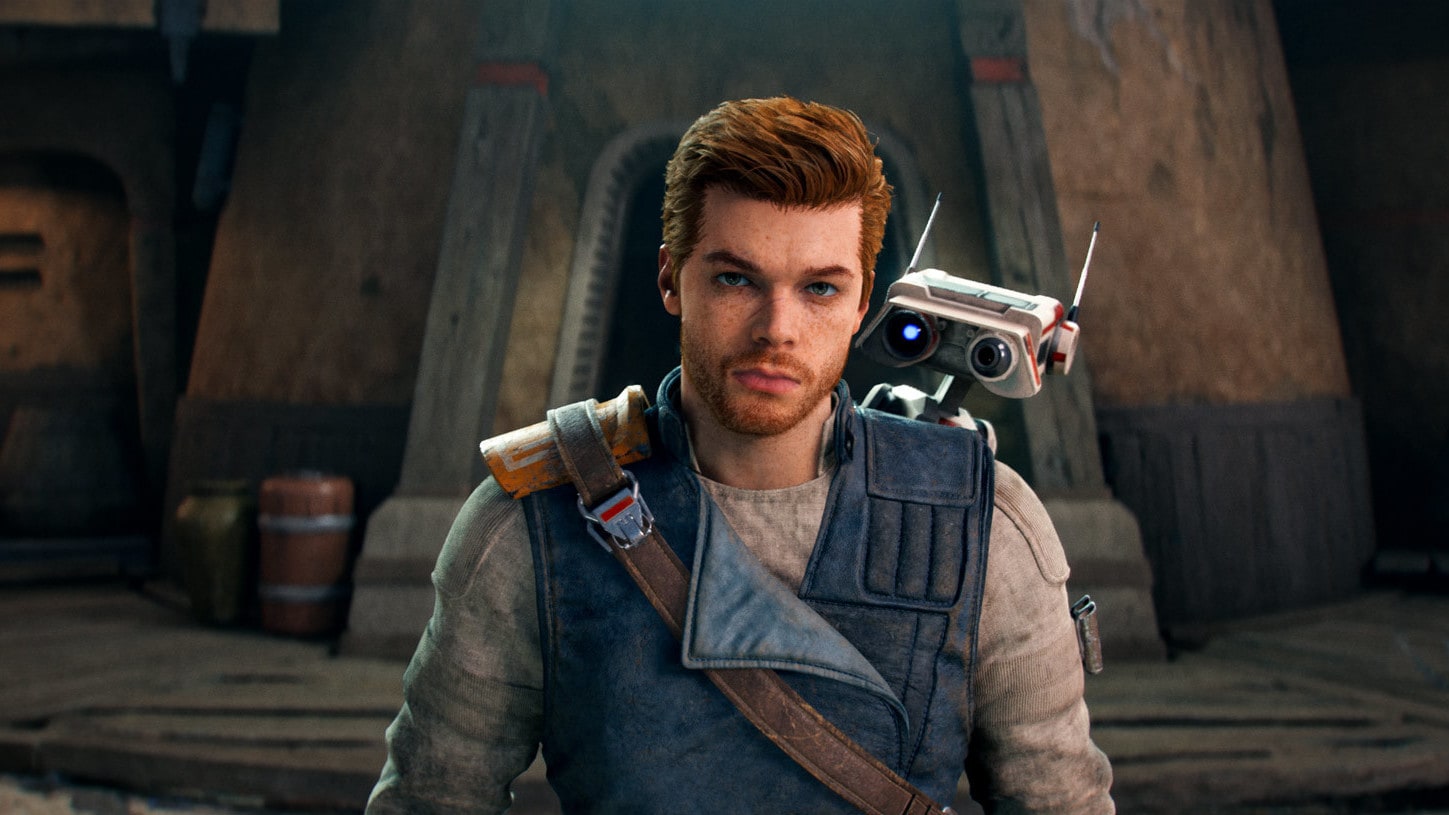 Fallen Order is a fantastic template on which to base a sequel and it is now clear which elements can, and need to, be improved....
by Kyle Barratt 24/01/2023

I can’t help feeling that replaying Star Wars Jedi: Fallen Order was a mistake. That perhaps it works better as a hazy memory than a replayable experience. I remember enjoying the game when it released in 2019 and, don’t get me wrong, I still enjoyed it in 2023, but it felt like a much more flawed experience this time. Playing it immediately after finishing God of War: Ragnarok certainly didn’t help and the game felt its age, if not older. The story, the exploration, and the combat all felt lacking. But my excitement for the upcoming sequel, Star Wars Jedi: Survivor, the reason I replayed the first game, has only grown after the disappointing revisit. Fallen Order is a fantastic template on which to base a sequel and it is now clear which elements can, and need to, be improved.

Fallen Order wants to strike a balance between linear and open world. While playing the game early on, it feels like it succeeds. The path forward is clear and yet there are little hidden areas and surprising detours that can be found if the player wants to explore a little. But then, with each additional visit to a planet, with new pathways opening up, the map soon becomes a labyrinth. A web of tunnels and corridors easy to get lost in. Post-story, when re-treading ground Metroidvania-style, it’s a nightmare. One final collectable on the other side of the map and it takes an eternity to get to the right area, let alone find it. There are few open areas, which make sense for, you know, open world games, and just narrow criss-crosses of identical pathways.

Survivor needs to improve on this. The planets need to open up and, preferably, have a fast travel system. During the story it can be locked but there’s no reason why the endgame content can’t utilise fast travel so the player isn’t constantly walking the same path, killing the same respawned enemies, every time they need to visit something. The least it could do is have a ‘return to ship option’ at each save point. Navigating the endless mazes to get to that last collectable is one thing, being then stuck there and having to backtrack all the way on foot to return to the Mantis and continue the adventure on another planet is infuriating. The map system itself could also use a redesign, with it being clumsy to navigate between the various levels. Being able to create a waypoint would be a godsend.

The PlayStation square button is never a satisfying press and yet that is where the lightsaber attack button is mapped in Fallen Order. I want to feel that lightsaber swing and connect with my enemies and attacking with a button press just doesn’t cut it. Surely it makes sense to map the lightsaber to the triggers. R1 for a light attack, R2 for a heavy attack; not square and triangle. The force abilities would be much better suited to the gamepad. I don’t need everything to be like God of War but with Fallen Order already taking ‘inspiration’ from a myriad of other games, why not the control scheme too?

Survivor also needs something more akin to the Freeflow combat system from the Arkham games in one key aspect. During a combo I want to immediately defeat one enemy and then move on to the next, with Cal automatically leaping towards them like Batman does. Currently Cal has to walk slowly to each new enemy, swinging impotently at the space between them, and they can walk away backwards at the same pace. It makes fights, especially the more repetitive ones, feel so slow. In Fallen Order I just had to stand around waiting for distant and unreachable enemies to shoot at me so I could reflect the blaster bolts back at them. Hopefully the apparent inclusion of a blaster pistol in Survivor will fix this issue.

I don’t think I’ve played a game in which ludonarritive dissonance has ever been more prominent than Fallen Order. Cal is learning to be a Jedi again, a selfless warrior monk seeking to exist in balance and harmony with the galaxy. And yet he murders every animal he comes across. The player is forced to do so, to slash and dismember beasts across the universe to proceed with the story. I get it, it’s an action video game, combat is a key feature, but Cal’s actions do not match his mindset or choices in cutscenes. What takes it to the next level is that killing animals is what refills Cal’s force meter, making him a stronger Jedi when the opposite should be true. If this was a Sith game then fair enough. This needs to be rectified in Survivor, and from what little gameplay we’ve seen it looks as though Respawn Entertainment have done. There are now droids to destroy instead of fauna and the animals seem to be ridable, with Cal connecting with nature rather than destroying it.

The story of Fallen Order is much slighter than I remember. What’s there is good, and it concludes in a satisfying way, thematically touching on how each character has overcome the trauma of the Jedi’s fall, but I wish it delved a little deeper. I was shocked at how little time primary antagonist Trilla was actually in the game. Much of the storytelling is backloaded, with most important cutscenes and character insight happening in the final few hours, with the rest of the game filled with tomb raiding and general exploring. This is common for most first games in a series, with this being a likely trilogy, and I hope there is more confidence in the storytelling ability with the sequel. I’m happy for the game to slow down a little more, to delve a little deeper, and make the characters richer. There are also the dialogue choices, which I had completely forgotten about. There are only a handful in the game and are so simple. Cal can say “I am confident” or “I am not confident” to a character, for example. These either need to be developed further or exorcized completely. Currently they are a weird half measure that achieve nothing.

I wish I was writing something more positive about these games but I am truly excited for Star Wars Jedi: Survivor. The game just needs to make some key improvements and it can truly excel. The first game is an excellent jumping off point for what can be a fantastic sequel. I’m also happy about the marketing/release schedule. There are no years of watching the same trailers; the gameplay reveal was in December and the game releases in March. Perfect. And it seems they’ve finally decided where exactly the colon should go in the title.

How do you think Survivor can improve upon Fallen Order? Let me know in the comments and be sure to geek out with me about TV, movies, and video-games on Twitter @kylebrrtt.

Getting the Final Ring (Tanked Up 354)