How far into the Breaking Bad timeline should Better Call Saul go?

"We are constantly reminded that the plot is moving towards the events of Breaking bad but how far into the Breaking Bad timeline will the show go?"
by Kyle Barratt 22/06/2016

The following article contains spoilers for the first two seasons of Better Call Saul and all five seasons of Breaking Bad.

When Better Call Saul was first announced it was met with a universal sense of palpable hype; the Breaking Bad phenomena had yet to disappear from the public consciousness. Now a couple of years later it seems like people have moved on to greener – and more depressing – pastures in the TV landscape like Game of Thrones and The Walking Dead. However Better Call Saul hit its stride during its second season with it fully becoming its own show and yet keeping the DNA of Breaking Bad. At the moment this is working in its favour but moving forward the tie-ins to Breaking Bad could prove to be a major problem. We are constantly reminded that the plot is moving towards the events of Breaking bad but how far into the Breaking Bad timeline will the show go?

Saul’s storyline, or Jimmy’s I should say, with Chuck, Kim and his transformation into Saul Goodman can take place and conclude before the events of Breaking Bad with the story being told in its entirety allowing for watchers who haven’t seen Breaking bad to fully appreciate the show and understand the story and maybe they could cap the story off with a hint at the forthcoming events of Breaking Bad. Maybe end the show the moment Walter White walks into Saul’s office. Yes, at the start of every season we see a glimpse of Saul post Breaking Bad but that doesn’t mean we will continue the story from that time period in a future season of the show. It’s a cool little bookend to the series and even if we do follow that incarnation of Saul it could still work on its own without having to rely on prior knowledge of all the events of Breaking Bad. All fans of the show that haven’t seen Breaking Bad would need is a little exposition.

However the second season of Better Call Saul gave us not only a Saul show but also a developed the character of Mike as another lead. Where Mike’s storyline goes is the issue. Season 2 introduced big Breaking Bad characters like Hector Salamanca, The Cousins and seemingly set up the appearance of Gustavo Fring next season. While it’s cool to see these characters pop up how can Better Call Saul possibly give them a satisfying conclusion in this show because it’s currently set up for the big pay offs that occur in Breaking Bad. While Saul’s story can end in this show in a satisfying way because his story in Breaking Bad is different than in this show, Mike’s storyline, and all the character’s within it, in Better Call Saul continues on into Breaking Bad where all the payoff happens. We can’t leave Mike’s storyline in Better Call Saul where it would be just before Breaking bad because we wouldn’t see the ending of the Salamanca’s or the death of Gus Fring or even Mike’s own death. They could end it with Mike having had his own ‘Jimmy-to-Saul style’ transformation from retired cop who won’t kill to the relatively trigger happy ‘Mike the clean up guy’ from Breaking Bad but it would leave too many loose ends that are only tied up in the Breaking Bad which is something you can’t do. Better Call Saul has become its own show with its own visual style and pacing attracting its own, quite different, audience meaning the writers have to presume the viewers haven’t seen Breaking Bad and therefore everything in the show must work on its own. 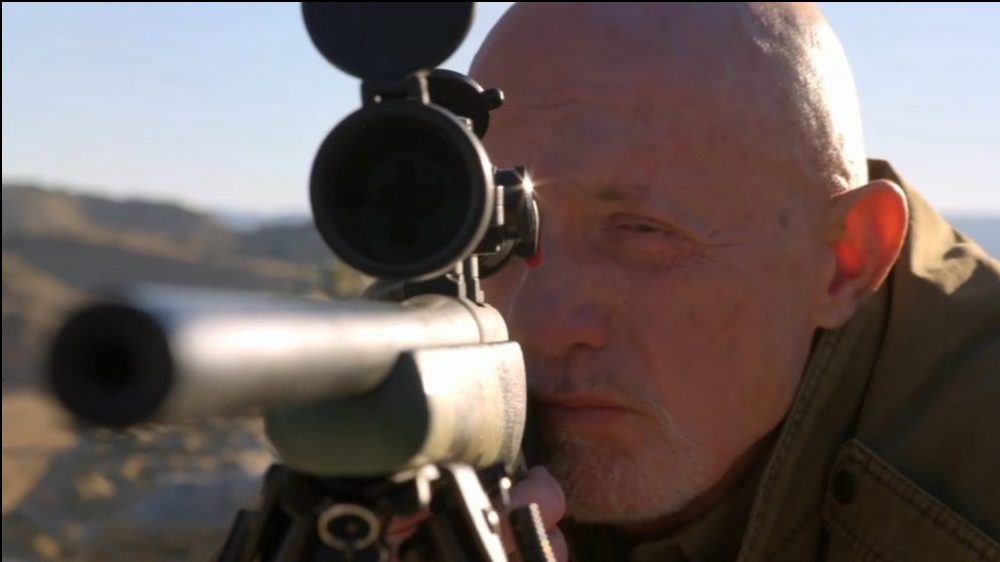 One way to possibly solve this problem would be for the show to venture into the Breaking Bad timeline and show the events we have seen before like the ending of the feud between Gus and Hector giving vital payoff to plot points set up in the Mike scenes of Better Call Saul. This would mean reintroducing Walter White as a secondary character because he is responsible for the deaths of Hector, Gus and Mike and also continuing Saul’s storyline into this time period. Maybe his relationship/storyline with Kim and Chuck is still happening during the time of Breaking Bad (or even after it) and we just didn’t see it in that show. This may seem like a convoluted way of concluding the story but bringing in big players from Breaking Bad means we have to give them conclusions to their arcs and while Saul’s character arc is currently different that it is in Breaking Bad and can satisfyingly end before the events of that show Mike’s arc and the supporting characters in it have started their character arc which is the same one we will see end in Breaking Bad. The writers could just say that if you want to know how this story with Mike ends then go watch Breaking Bad but that’s a big ask from a show that has tried so hard to become its own thing entirely.

How far do you think Better Call Saul will go into the Breaking Bad timeline? Let me know in the comments and geek out with me about TV on Twitter @kylebrrtt.