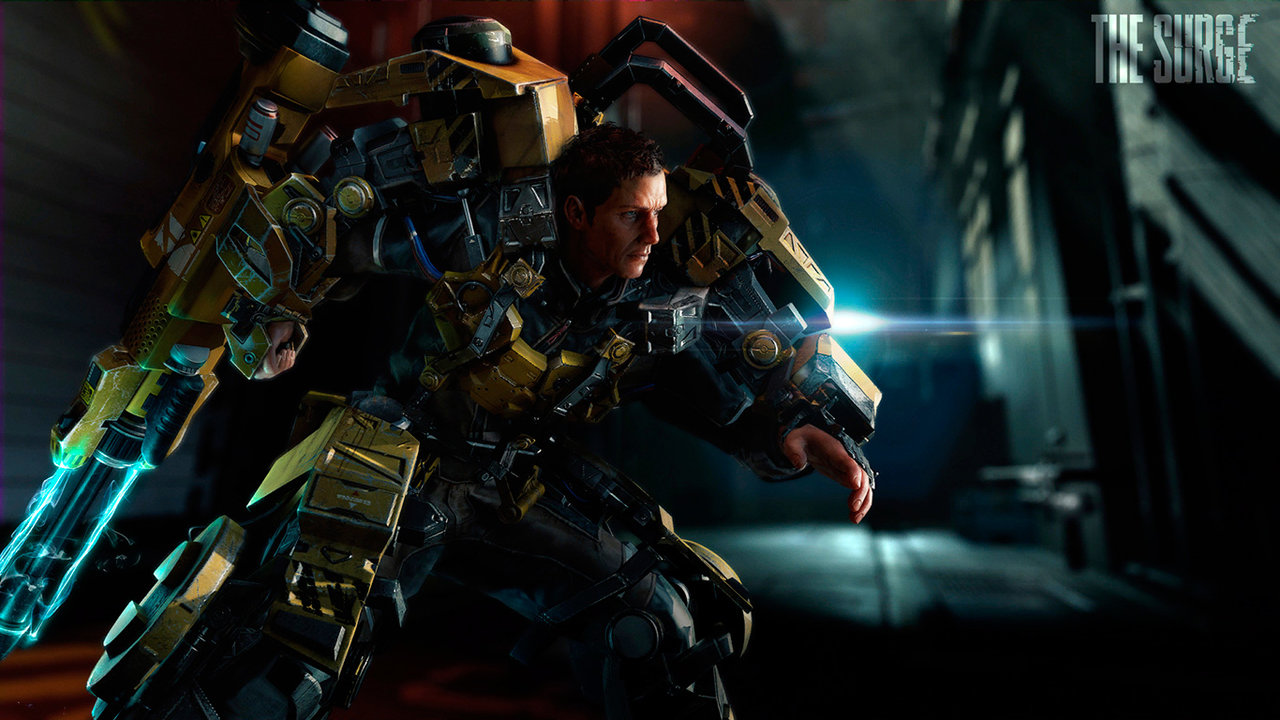 The Surge is a hardcore Sci-Fi Action RPG with an emphasis on melee combat. Set in a not-too-distant future, the world has been severely impacted by climate change. You control Warren who works for CREO, a company who wants to resolve the problems that global warming has caused.

Here Adam Hetany, head of game design at Deck 13 Interactive (Lords of the Fallen), talks us through The Surge’s Gamescom demo. The demo introduces us to a few enemies that you will encounter at the start of the game. It’s not at all clear yet what’s troubling your coworkers, but it’s evident that they’re ‘possessed’ by something – a virus of some kind that is bound to have something to do with the exoskeletons and advanced technology everyone is using (including you).

The highlight though is the unique crafting system. If you see something you want you just sever body parts and harvest the loot. As shown in the demo, to acquire a new helmet all you have to do is skillfully decapitate your enemy’s head and you’ll be able to collect a blueprint for that helmet!

The Surge is scheduled for a 2017 release for PS4, Xbox One and PC.