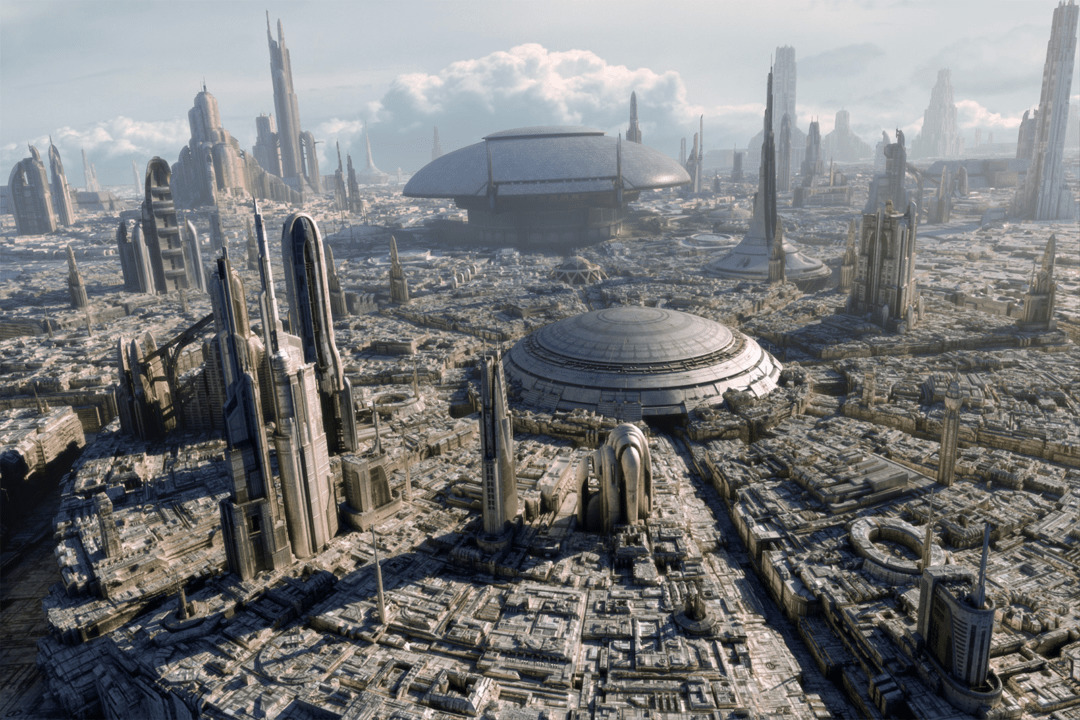 More Planets that should appear in Star Wars Rebels

Star Wars Rebels presents us with a substantial growth of the Star Wars galaxy on a weekly basis. It gives us new characters, conflicts, technology and of course new planets. However every now and then Rebels embraces its heritage and gives us something from Star Wars past whether it be a character or ship design and now I think it’s time to see some classic planets from films and TV shows past in Rebels. Here are four planets that I think should make an appearance in future episodes of Star Wars Rebels.

Rebels and the original trilogy take place almost exclusively in the Outer-Rim where imperial presence is at its lowest. Even with the lowered number of Imperials the Rebel Alliance still face great odds and struggle to survive, let alone grow. So imagine if there was a mission that the rebels had to go on that took them deep into the Core Worlds where imperial presence is huge, what if they had to take part in a daring quest that took them to the very heart of the Empire itself: Coruscant. We haven’t seen Coruscant under Imperial occupation before on screen unless you count the very end of Revenge of the Sith but from what I’ve read in the new canon novels it sounds very interesting and heading to the capital of the Empire undercover would be the crew of The Ghost’s most dangerous mission yet, worthy of a season finale. Lucasfilm Animation did a tremendous job with Coruscant in The Clone Wars and I would love to see the labyrinth of skyscrapers and grungy city streets in the Rebels art style.

As Rebels fast approaches the timeline of the original trilogy it makes sense for characters, events and locations to begin to match up. We don’t know how soon before A New Hope the base on the fourth moon of Yavin was set up but because of its appearance in Rogue One we know it’s been there at least a little while. I would be cool to see the crew of the Ghost help set up the base or even scout the moon to see if the location is a good place for a base. I think Yavin should probably be introduced much later in the series but I wouldn’t be against it showing up sooner especially if it means the show crosses over with Rogue One in some way. Introducing Yavin 4 also brings the possibility of seeing more of the leadership and internal machinations of the Rebel Alliance. I was sold on this show due to the fact we were going to see the Rebellion form from small disparate cells into the combined galaxy wide force that we see in the movies. So far we have only seen the crew of the Ghost team up and become a part of Phoenix squadron with other cells being mentioned very occasionally. I want to see more of Bail Antilles and Mon Mothma organising and bringing together these cells and introducing Yavin 4 may be the way to do it.

While I want to see Yavin 4 pretty soon we can’t forget about Dantooine. In A New Hope when pressured into giving up the location of the rebel base Leia lies and says it is on Dantooine. However we learn that there was indeed a rebel base on Dantooine but that is was recently evacuated. One of the main characters in the excellent canon novel ‘Lost Stars’ is sent to investigate the Dantooine base and is there when the Death Star is destroyed. Before we see Yavin 4 in Rebels we have to see Dantooine. Considering that the Rebellion are already on Yavin 4 by the time Rogue One takes place we can’t be too far off the Rebel Alliance settling on Dantooine in the timeline of Star Wars Rebels. Maybe it was another rebel cell that set up the base on Dantooine but it would still be cool to see considering the planet was first mentioned in 1977 and we haven’t yet seen it onscreen in canon.

The team behind Rebels love Mandalorians. We spent lots of time with the race and culture in The Clone Wars, we have seen them several times in Rebels and Sabine, one of the main characters, is undoubtedly Mandalorian. However we actually have yet to see Mandalore itself in Rebels and that feels like a missed opportunity. The houses and clans of Mandalore are Game of Thrones level complex as they try to fight – and backstab – each other in order to gain control and power. However at this point in the timeline this beloved infighting and usurping has been taken away from them by the Empire. We have recently seen Mandalorians who sided with the Empire in Imperial Supercommandos but what about those that are against the Empire. I would love to see the crew of the Ghost team up with some Mandalorian rebels on their homeworld as they battle the Empire. The Clone Wars was cancelled before we got any real  conclusion on the Mandalore storyline and this could be the perfect way to carry on the tumultuous politics of Mandalore while seeing the planet in a new way: under Imperial occupation. We know from Katee Sackhoff that her Clone Wars character Bo-Katan in coming to Rebels so does this hint that maybe we’ll see Mandalore too?

This is the second article about planets I believe should show up on Rebels; if you think I’ve missed any off the list then read part 1 here and the planet or moon you are looking for may be there.  Which planets do you want to see appear in Star Wars Rebels? Let me know in the comments and geek out with me about Star Wars on Twitter @kylebrrtt.

Episode 36 – The Subreddit Game Of The Year Awards