Back in September last year, news broke that Firewatch was receiving a film adaptation. For those of you that haven’t played Firewatch, and you really should, it is probably best described as story driven-mystery-first person-adventure game. The game focuses on Henry, a middle-aged man trying to escape the responsibilities of his home life by taking a summer job as a fire watchman in the Wyoming wilderness. Over the course of the summer, he develops a platonic relationship with his supervisor Delilah and begins to uncover a mystery hidden in the woods. Whilst the gameplay is relatively straightforward, with the player controlling Henry as he makes his way from A to B, the conversations he has with Delilah along the way and the beauty of the game’s environment keep you captivated, and this is all before you even begin to uncover the real mystery in the story. Even the logo makes me feel warm

A faithful film adaptation needs to do the same thing; captivate the audience by focusing on the characters and environment as much as the actual mystery in the narrative. It might be tempting for the filmmakers to play up the thriller element of the story, but the film needs to avoid Blair Witching up the woods and keep the stunning colour palette of the game and for it to really nail the tone of Firewatch. This got me thinking about many more games that would make great films, not all of which need a gritty and serious adaptation to succeed. Much like Firewatch, some of the magic that makes the games great would likely be lost by going down the gritty route, so in the interest of keeping that magic intact, here are 5 more games that don’t need gritty films to succeed. 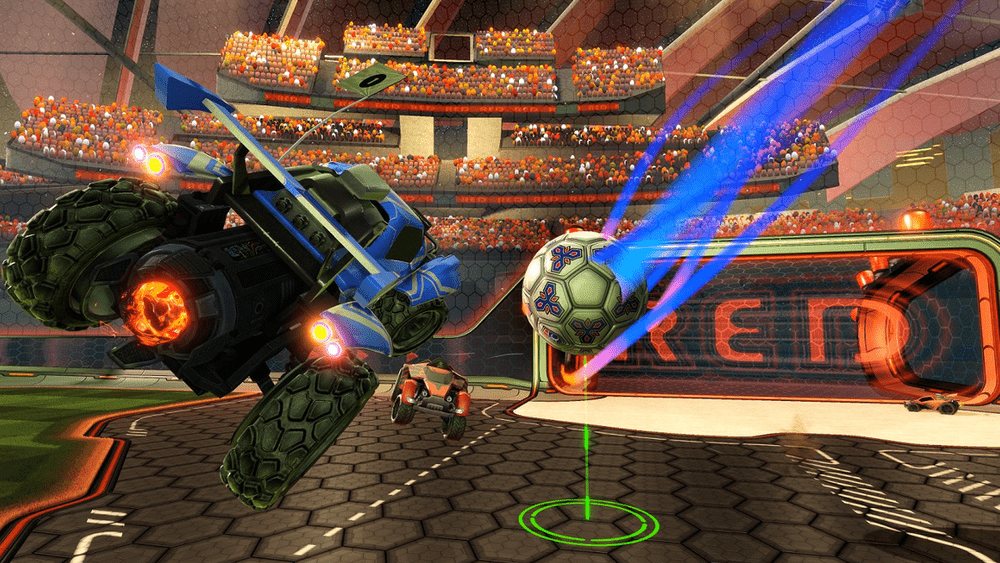 Now some may say this doesn’t need a film adaptation, but I would watch the crap out of rocket powered cars playing football. Heck, I watch the crap out of it as it is! Think underdog sports story mixed with the best bits of speed racer and yes, there were good parts of speed racer! The film needs to embrace the frenetic action and insane aerial maneuvers that make the game so addicting, and more importantly, cast actors crazy enough to sell that on screen.  I could personally see Michael Keaton mentoring as an unhinged aged pro who’s been in one too many crashes, Chris Hemsworth as the cocky face of the sport, and maybe someone like Robert Sheehan as the unlikely up and comer. There also needs to be a comedy element to make sure the audience knows not to take it too seriously.

You obviously need conflict in order to make the film compelling off of the rocket court, so you could even sprinkle in some of the sports rivalry found in films like Rush, also a driving film starring Hemsworth, but maybe Dodgeballed up a bit to fit it with the tone. There are lots of options for hijinks here that would make an entertaining watch, but none of which should involve gritty life and death stakes rocket football. No grit and grime here

The Grand Theft Auto games are some of the most recognizable, embedding themselves in popular culture due to their random violence and supposed grip on young gamers minds. Gamers know that violence is only a small part of GTA, and it’s the memorable characters, clever humor and variety of missions that keep players coming back for each new entry. Whilst crimes are committed in GTA the focus is always on who is committing them and why, rather than the crime itself. The open world also plays a huge part of GTA, and whilst liberty city is arguably the grayest, Vice City and Los Santos are full of colour and life, so a film location doesn’t need to be dingy to play up the violence and crime element.

Guy Ritchie films like Lock Stock, Snatch and Layer Cake are very similar to GTA in terms of the characters, humor and crime capers at their core. If you could chuck in a bit of the Fast and the Furious car action and give everything a dazzling veneer to match the location, you’d probably end up with something pretty faithful to GTA. What I’m trying to say is that there is a way to sell shooting a prostitute in the head, and it’s not by being serious about it! First off where is our HD remake? Secondly, this game would make a fantastic and entertaining movie if done right. The game centers on a race of aliens called Timesplitters that use crystal McGuffins to go back through time and destroy humanity by altering history. The player’s job is to stop them as a Riddick looking badass space marine by teaming up with different stereotypes of the era to steal the crystals off of the Timesplitters and shoot stuff along the way.

Being a badass going back through time to stop a renegade threat changing history to alter the future by teaming up with other badass sounds a lot like Terminator 2, but this needs to remain firmly in the realms of PG13 to properly capture what makes the original games so great. Cartoony character designs and over the top action and dialog makes Timesplitters ripe for an animated adaptation. I’d imagine this would also help keep costs down on the film when time hopping too. An added benefit of a Timesplitters movie may also result in us finally getting the long-awaited Timesplitters 4. I can hold a picture of Mario and Sonic up to my parents and they will know instantly who they are despite having never played a video game in their lives. Why I can’t do this with Megaman I will never understand. Maybe it’s rose colored glasses, but I inherited an original Nintendo off of my cousin, along with his library of games. Whilst Mario and Duck Hunt were in there, my favorite game of the bunch was Megaman 2. So much so that I used to put cardboard tubes on my arm and pretend it was a cannon. For a film adaptation to work, as with Timesplitters,  I think this should be animated. In my head, I’m imagining Big Hero 6 with a Megaman skin. One thing that absolutely must remain is the soundtrack and the sound effects. I would love to hear some j-pop remixes of that soundtrack and I’m sure they would be in every child’s head much like everything is awesome from the Lego Movie was back in 2014. The structure of the film could be like Scott Pilgrim, with the Robot Masters serving as the evil ex-boyfriends. What we definitely don’t want is Megaman being turned into some kind of transformer looking teen who can turn his arms into various weapons *cough*cyborg*cough*.

Mortal Kombat is a game about violently killing your enemies after a one on one battle where you punch, kick, fireball, impale and freeze them, so how is this not going to be gritty? In fact, we’ve already seen gritty do pretty well with 2 seasons of the Mortal Kombat Legacy web series airing on machinima to reasonable success. Rewinding time, we’ve also seen two fairly gritty and serious movies in the 90’s about the tournament, one of which was fairly entertaining, and one of which was unfairly bought for me as a birthday present by a well-meaning relative. Can you spot Raiden? He even steals your soul

However, if you rewind time further still, the origins of the first Mortal Kombat game are in western interpretations of Chinese myths, legends, and culture. These origins include films like Big Trouble in Little China, Shang Tsung is clearly inspired by Lo Pan and Raiden is pretty much exactly one of the three storms. This film does have dark elements to it, including gang warfare and the sex trade, but it is in no way gritty. It’s described as an Asian inspired-fantasy-martial arts film, and if you substitute film for a game, that’s pretty much how you would describe Mortal Kombat.

Mortal Kombat is also filled with humor, inside jokes and easter eggs, something which would be ripe for exploitation in a fantastical martial arts film. The key is to present the Mortal Kombat tournament as insane and crazy, much like the 90’s film did. However, instead of focusing on Liu Kang, the stoic Shaolin warrior who has trained his whole life for the tournament, focus on Jonny Cage and Sonya Blade, who can be introduced to the zany world of multicolored ninjas and four armed half dragons with the same reactions as the audience. I’m not saying turn it into a comedy, far from it, but the fantastical characters and plot are what makes the games so memorable and long lasting, so embrace them! Also the stages in Mortal Kombat are as memorable as the characters so let’s try and keep them intact where possible. This includes acid baths, spiked floors and living trees. So these are the 5 films that we think need to avoid gritty realism to transition faithfully to the silver screen. Do you think we are wrong, and a gritty murderous Megaman is exactly the sort of robot that deserves his own film? Do you think that murdering prostitutes for 2 hours is exactly the sort of GTA film you would go and watch? Let us know in the comments below.

Tanked Up 64 – A Newcomer from the Bristopia

A Ghost in the Wildlands