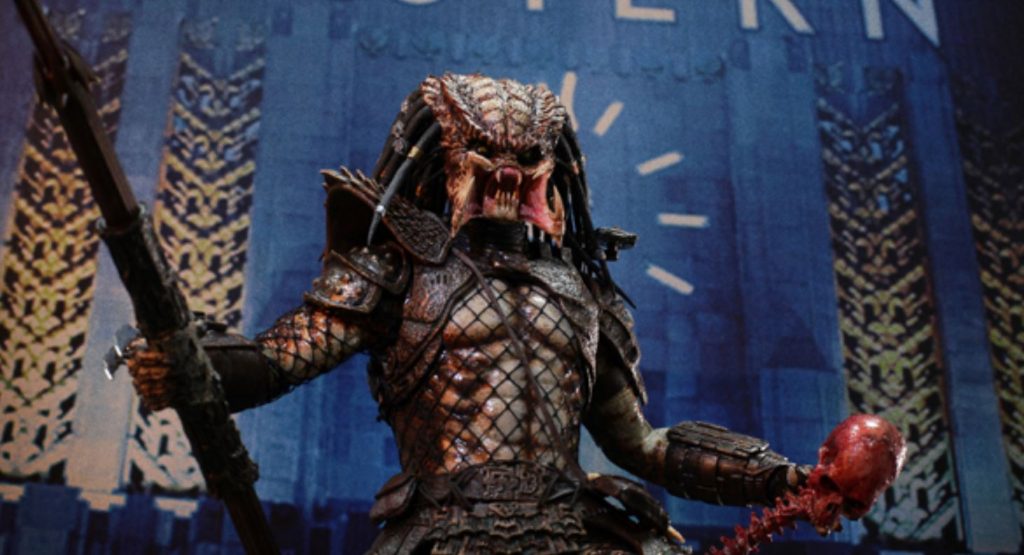 Before the release of The Predator, I revisit the original Predator sequel
by Kyle Barratt 14/08/2018

1987’s Predator is one of my favourite films but I’ve never wanted a sequel. Instead a prequel always seemed more interesting to me. We know that the Predators come to earth to hunt every ten years, so why not go back in time to see an earlier hunt in a cool time period? Imagine seeing a Predator go up against medieval knights, samurai, soldiers during World War 2 or even pirates, which would tie into the gun we see in Predator 2. But no. Alternatively we’ve gotten sequels to the action classic, with the biggest change being their locations. The latest sequel, The Predator directed by Shane Black, is set to be released next month and so I’m revisiting the two previous sequels to see whether they’ve been unfairly maligned over the years and which of the two is the better. And no, I won’t be rewatching the Alien vs Predator films; I just can’t do that to myself. First up is 1990’s imaginatively titled Predator 2.

I like the opening shot so I guess that’s something. At first we see what we think is a jungle, the setting of the first film, until the camera pans up to reveal the city of Los Angeles, the latest stomping ground of the Predator. It’s not just a location change though, it’s also set in the then near-future. A Predator comes to Earth every decade and so the year is 1997 where all of the problems of the day are expanded. Gangs rule the streets, their wars making the city run with blood and the cops can barely cope. There’s an unprecedented heatwave too, no doubt caused by climate change. This speculative fiction almost has the feel of the original Mad Max film where society is close to collapse. After the first film it’s a very strange direction to take the series. Everything is taken to the Nth degree, from the ridiculous newsreaders (most noticeably the character of Tony Pope, a journalist who is in multiple scenes and clearly being set up for something but then disappears entirely from the film) to the odd sense of humour. The comedy is incredibly strange and out of place. Just take the opening scene: a shootout between some Colombian drug dealers and the cops. Police officers are being brutally murdered and then halfway into the sequence we cut to a news interview with a man whose cantina is caught in the crossfire. With bullets flying and bodies falling to the ground, he begins listing the items in his place of business that have been destroyed, mourning over the loss of his microwave, automatic steamer and grill. Later the odd comedic tone continues when a man is nearly robbed on the subway but, because this is the near and crime-ridden future of 1997, every civilian pulls out a gun to stop the crime, even the sweet little old lady reaches into her purse and reveals a hefty revolver. This joke is used to allow the Predator to kill everyone aboard, he only kills people that are armed and dangerous, but for a sequence which sees an alien butchering a train car full of armed civilians, it’s unforgivably boring.

I’ve been negative on the film up until this point but the truth is I actually quite enjoy the film. It’s messier and a lot dumber than the original but it’s fun, the third act is pretty great (I’ll get to that later) and the core concept has merit. The Predator inadvertently helping the cops by cleaning the streets of criminals is a cool idea, with the police suspecting that some sort of criminal third party is taking out the competition. While not that original, I like the idea of the government division designed to find and kill the Predator, led by Gary Busey’s character Keyes, whose aim is to take the Predator’s technology for their own nefarious use. That sounds very much like the division we see in the trailers for The Predator, who are experimenting on a Predator and its technology. What’s more is that the real-life son of Gary Busey, Jake Busey, is playing the character of Sean Keyes in The Predator, which is the son of the elder Busey’s character in Predator 2.

Good action films are not measured by how many bullets are fired but Predator 2 obviously thinks differently. And they are loud bullets. The first Predator had the mini-gun scene where hundreds of rounds are fired in mere seconds but that had a purpose. It was to show how ineffective human weapons and ammunition are against the Predator, making the creature an unparalleled threat, but in Predator 2 such scenes are included to be thrilling action sequences, which they are not. The first film also had a great cast of unique characters which (surprise!) the sequel doesn’t. Danny Glover portrays Mike Harrigan, a character Wikipedia describes as “very stubborn and often is criticized by the superior officers for not obeying orders”. So yeah, just the stereotypical tough cop. Talking of stereotypes, Bill Paxton is Jerry Lambert, the classic sleazy asshole cop. Then you’ve got the Latino cop and the female cop. I’m sorry I have to refer to them like that but they get no characterisation at all. The gang members that get butchered by the Predator aren’t that interesting or memorable either. We get the most stereotypical Colombian criminals ever and the Jamaican boss, King Willie of the Jamaican Voodoo Posse, is so over the top with his voice, accent and broken English that he sounds like a Gungan.

So, while there are elements of the first two acts I like, namely the concept, music and one subtle moment with Mike Harrigan looking in a taxidermy shop window, inspecting the bodies of humanity’s prey put on show and realising that’s exactly what the Predator is doing, it’s the third act that’s pretty much the only part worth watching. It’s likely no accident that it has echoes of Aliens, as a handful of soldiers lead by Keyes, wearing suits designed to disguise their body heat, enter the Predator’s lair which is aptly in a slaughterhouse. The hunter becomes the hunter but not for long with the Predator changing its optical input to scan for light instead of heat. Mike, watching on a monitor, sees the whole team die and goes in himself, fighting, injuring and then chasing the Predator out of the building, across a rooftop (combating his fear of heights) and then finally into the Predator’s spaceship. My favourite scene comes during a lull in the chase and sees the Predator do some emergency first aid in a semi-destroyed bathroom in an apartment building. It sounds silly, and it is a little, but somehow the direction and lighting makes it work.

The inside of the Predator’s ship is a cool design and resembles a temple or shine, reinforcing the importance of the hunt in Predator culture. Using one of its own weapons against it, Mike battles and defeats the Predator only for several more to suddenly appear. But instead of killing Mike, they take the injured Predator away, give Mike a gift (an antique pirate flintlock pistol) and promptly leave the planet. I really like this ending with it reinforcing that the Predators are a noble race and that the Predator seen throughout the film was young and inexperienced, sent to Earth to prove itself and fill out it’s trophy case. A trophy case that features the skull of a Xenomorph from the Alien franchise which doesn’t make sense because Xenomorphs don’t have skulls but rather exoskeletons. But it’s a fun easter egg nonetheless.

Predator 2 had potential to be a much better movie than how it ultimately turned out. The interesting core concept keeps the film watchable throughout the first two acts despite the weird tone, flat characters and dull action. The third act is a vast improvement and offers insights into the species that were previously unknown while being a fun, if silly, action flick. Sadly, even at its peak, Predator 2 comes nowhere near to the entertainment of the original. Next week I’ll be revisiting 2010’s Predators, a film I remember a little more fondly, but right now let me know your thoughts on Predator 2. Which is the best Predator sequel and are you looking forward to The Predator? Let me know in the comments and geek out with me about TV, movies and video-games on Twitter @kylebrrtt.