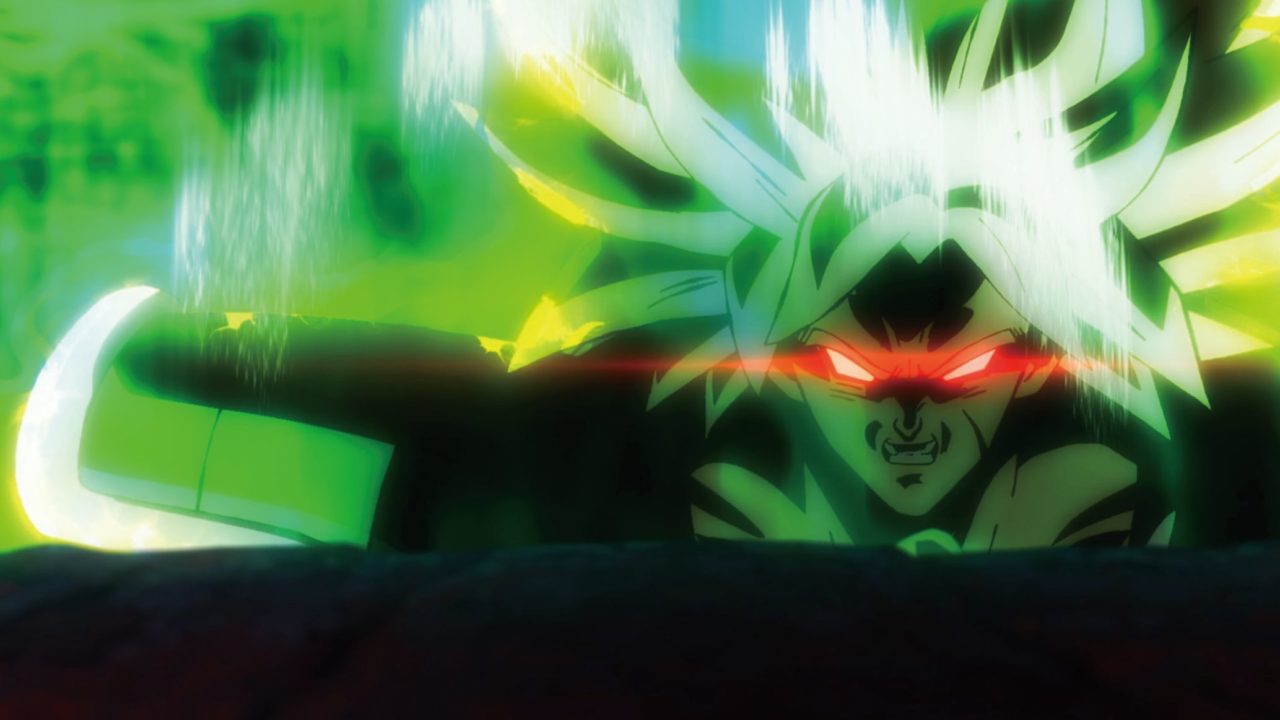 I like to keep my reviews spoiler free – do check out that review at the link above – in this article however, I’m going to run through, in detail, the things that I loved about the film.

Starting with the visuals. They’re incredible, although there were a few scenes that let it down ever so slightly; not because they were particularly shocking but because the animation sets the bar incredibly high as it is. The transformations have never looked so incredible, there’s extra flashes of colour and depth in the auras which makes them really stand out. Everything else is so fluid and frankly, for me, right up there with the best animation the franchise has ever had in its long existence. Just as Battle of Gods and Resurrection F set the tone for how Dragon Ball Super would be animated, I hope DBS: Broly is the foundation for the visual style of the next series; if/when we get one.

Visuals are one thing, but what really makes Dragon Ball, Dragon Ball, are the fight scenes. Dragon Ball fights have a flow and style all their own. Dragon Ball fights are instantly recognisable due to their unique choreography, totally unmatched by anything else in any other genre. The fighters now are so powerful, so fast and have such an array of techniques and abilities at their disposal it’s no wonder it can often be difficult to translate that across onto the screen in a satisfying way. My one big criticism of Battle of Gods, Resurrection F & Super was that the fights weren’t quite as good as they were in Dragon Ball Z. With the different animation style and so on, it just wasn’t quite right. Don’t get me wrong, there’s a lot of great fights to enjoy across those 2 films and the series, but it never quite scaled the same heights for me. DBS: Broly not only reaches those heights, but it may well have exceeded them in my eyes.

In my review I touch on how Akira Toriyama has improved Broly compared to how he was handled in the non-canon film from the 90’s (Dragon Ball Z: Broly – The Legendary Super Saiyan) but his character isn’t the only one that we see improved. The film starts us in the past, giving us more of an insight into Frieza, the Saiyan Race, how Goku ended up on Earth, the origin of the scouters; here we are also presented with a far better take on why King Vegeta banishes Broly to a far off world as a child and how that motivates Peragus to go after his son and later to seek revenge on Vegeta. Akira Toriyama does love to retcon things, as he is doing here, but I actually like how this version of events plays out. Sure, Bardock’s “I usually destroy stuff so it’d be nice to save something for once”  moment is a bit clichè. It’s still actually a pretty heartfelt moment. Another thing I like is that the relationship between Goku & Vegeta is really well done here. Their rivalry is still there, pushing them on, but it isn’t as uneasy feeling as it has been in the past. The former enemies turned rivals really seem to have finally become friends. Yes, Goku is a dumbass and Vegeta isn’t afraid to tell him so, but seeing them sparring together, having fun and generally getting along is brilliant. They actually work together when it becomes clear that Broly has the advantage. I hope that in the next series or film they do, we see a lot more of that.

I could probably ramble on for another 5 or 6 paragraphs (at least) but I’ll wrap up here with a shout out to a few nice touches in the film that I enjoyed. The old theme tune being played in the background of Bulma’s “Cottage” island. The fact that the intent behind the collection of the Dragon Balls was to make wishes of a more silly nature (oh yeah, they aren’t just for wishing the dead back to life). Frieza’s lightbulb flashback moment and his theatrical acting to rile up Broly and the karmic revenge that is visited upon him a little later on.
A big thank you has to go to Toriyama, Toei, Funimation & Manga UK for bringing us this amazing film. It’s now the third biggest anime film in UK cinema history after its spectacular success.

If you haven’t seen it, or want to see it again, check out https://brolysback.co.uk/ for screening and booking details!

How The MCU Should Evolve After Avengers: Endgame