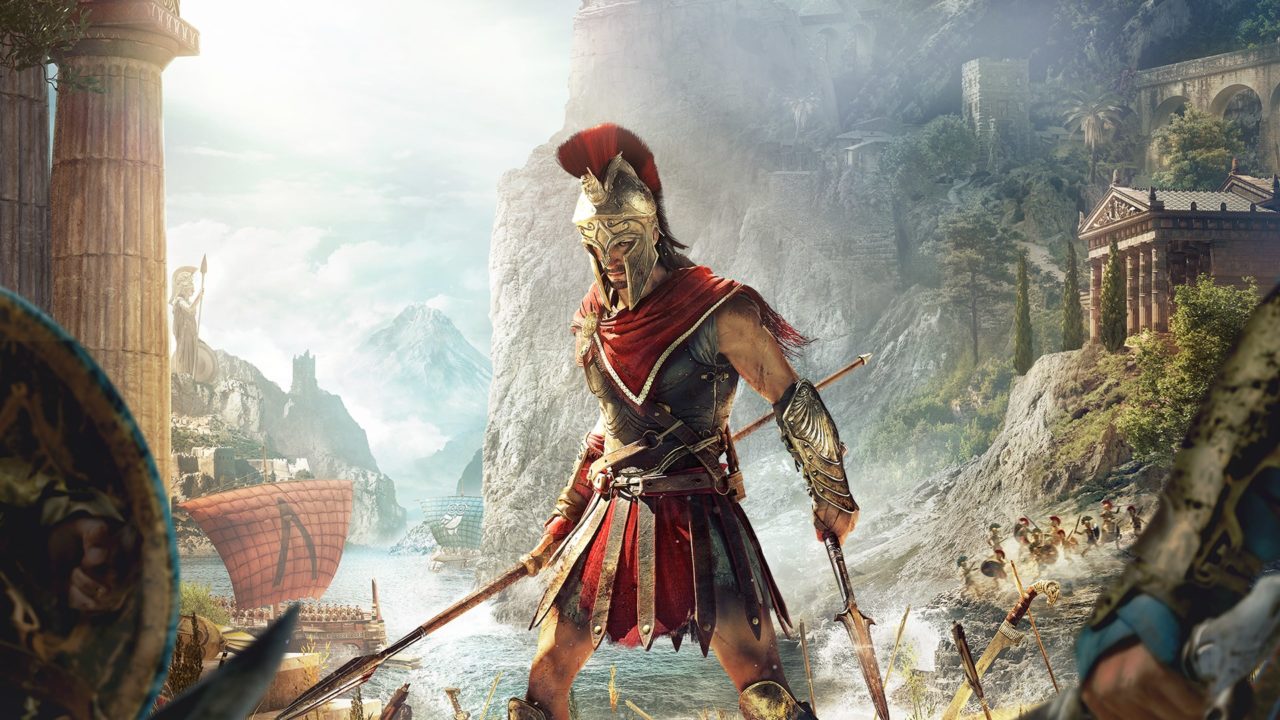 A Farewell to Assassin’s Creed Odyssey

I complete my personal odyssey in ancient Greece and bid farewell to a wonderful game.
by Kyle Barratt 15/10/2019

It’s usually around this time of year that I’d be picking up the controller to play a new Assassin’s Creed game but, alas, that’s not this case this year. The franchise is taking a well-deserved and aptly-timed break before the next instalment – rumoured to be focused on Vikings – is released next year, likely on next generation hardware. I’m content with this year-long Assassin’s Creed drought though, because it’s not like I’ve been anxiously waiting for a new game. Odyssey has kept engaged for over a year now, with the core game offering a ridiculous number of things to do and places to see, let alone with the multiple episodic DLCs added on top. But I feel my time with the game is now at an end. The quests are completed, my character leveled up and no corner of the map is left unexplored. But before I bid farewell, and free up vital space on my hard drive, I thought I’d take one last stroll through the game’s wonderful portrayal of ancient Greece. The structure of my final gambol across the islands of Greece was to finish one of the few things I had yet to complete in my 180-hour personal odyssey: the Ainigmata Ostraka. These are collectables in the game, dotted throughout Greece, that offer a clue or a riddle not unlike those in the Batman Arkham games (just not as good, sorry Ubisoft) and the answer points to the location of a hidden engraving that can be used to upgrade weapons or armour. I had only a few of these collected, stumbling across them by accident while on a quest, and the many remaining were spread across every region of the game’s huge map. What better way to say goodbye to a game that’s offered me so much enjoyment these past twelve months than to revisit the locations it lovingly portrays, and doing so proved to be one of my favourite experiences with the game.

I’ve said it before in previous articles and I’ll say it again now, Odyssey’s Greece is beautiful. Picturesque and paradisaical beaches, dense woodlands filled with wildlife, settlements of all sizes abuzz with everything from philosophy to art, and even the odd snow-topped mountain peak. It was wonderful to explore these locations at my own pace. I wasn’t racing between objective markers or focused on the mission at hand where the locations are just a backdrop to conversation and slaughter, but rather I was fully taking in the majesty of the surroundings and just enjoying inhabiting the world. Running, but often walking, across the landscapes one final time, appreciating everything and sailing to every island I needed to explore rather than fast-travelling. Completing all the Ainigmata Ostraka was the perfect excuse to stay playing because it not only allowed me to re-experience my greatest hits in the game (“Hey, that’s the place I fought those three high level mercenaries and won”. “I remember those ruins. I managed to stealth through that entire area”) but also to discover new locations that, considering the size of the map, I’m not surprised I missed. I’m just glad I didn’t miss them permanently. The charming village of Lalaia hidden away in the Phokis forest and surrounded by waterfalls. A trail of pointing centaur statues dotted across swampland. A secret chamber deep beneath the Temple of Apollo in Delos. The orange-red clay pits on the outskirts of Korinth, shining under the light of the sun setting on the distant horizon. A bizarre and somewhat creepy burial site for sacrificed swine. A temple in Argolis with every inch of its walls covered in ornamental body parts. And not forgetting the obscene number of urinating NPCs I saw across the entirety of the country. Odyssey had plenty of surprises left in store and solving these clues meant I had to study the landscapes carefully, although when I proved too dumb (an embarrassing amount of the time) I had to resort to a guide on the Internet to help me out.

Of course, I never used the engravings I collected on this final voyage. That wasn’t the point. And I do leave the game with some things left to achieve. There’s the final level of ship upgrades to unlock, but the quantity of materials required to do so is preposterous and I’d have to sink dozens of further hours into the game before that’s a possibility. And while I’ve dabbled with the ‘Discovery Tour’, I’ve decided to leave some tours left not taken. It feels like the right time to depart ancient Greece for good, with new adventures visible on the horizon. But who knows, maybe I’ll return one day. I’m just glad I spent a few final hours exploring the game as my way of saying thank you and farewell to something I’ve enjoyed very much this past year. But come on, I really need that 103gb on my hard drive freed up. So, as I press publish on this article I also press delete on my PlayStation. Farewell Assassin’s Creed Odyssey. It’s been fun.

What are your thoughts on Assassin’s Creed Odyssey and what game saddened you the most when it came time to delete it? Let me know in the comments and be sure to geek out with me about TV, movies and video-games on Twitter @kylebrrtt.

Stygian: Reign of the Old Ones (PC)