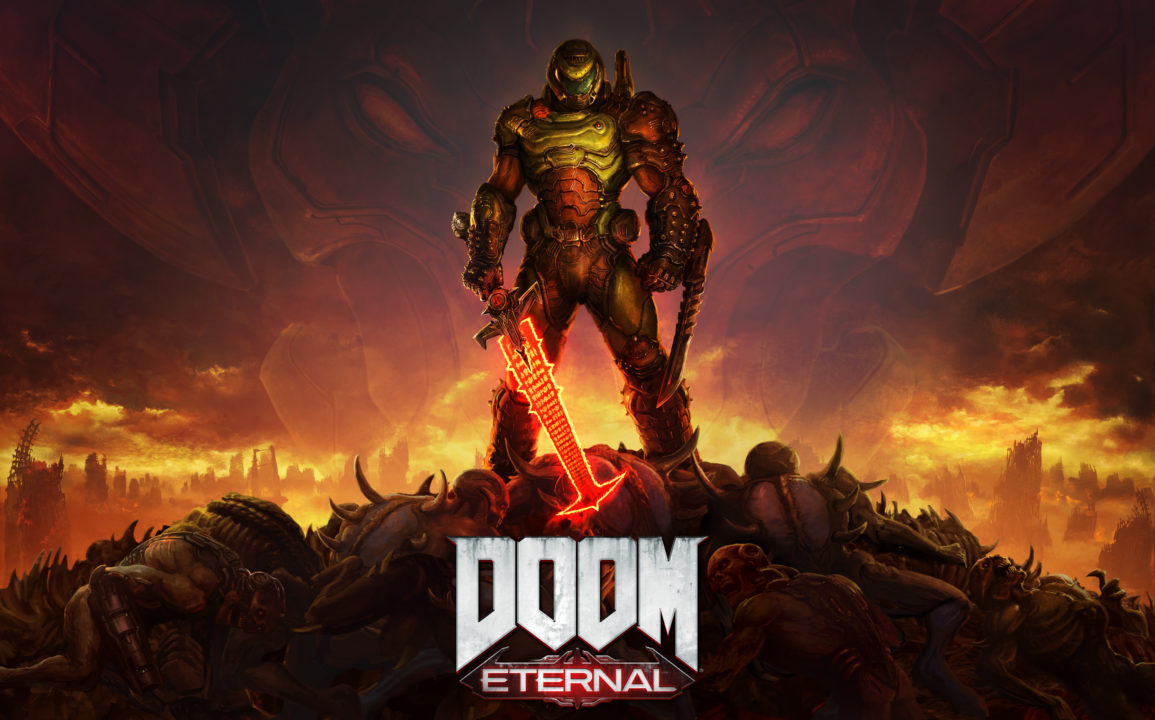 I will cut to the chase, should you buy Doom Eternal? Yes, the game is insane. It is a love letter to the old school whilst adhering to modern conventions. The mixture results in something that feels familiar yet unique.

This review will only cover the single-player portion of the game as at the time of writing the multiplayer servers are not live. That being said let’s begin. The story. This element of Doom Eternal whilst serving as a sequel to Doom 2016 is largely accessible as a stand-alone entry. The brief ties to the original work as the story opens up as a great entry point for new players but felt a little disjointed given how Doom 2016 ends. Aside from that personal gripe the story is merely a vessel for one action-packed setting to the next its serviceable on the surface and has some cool reveals that unfold throughout setting the franchise up in an interesting development. The real meat of the story is from the codex entries which reveal all cards of fascinating information about the demons and the wider lore of the Doomverse. My personal gripes aside, the story does give the Doomslayer more of a personality and the way humans and demons alike react to you as a biblical tour de force really enhances immersion. This makes you feel like a God with his watchtower in space ready to deploy and protect humanity.

Now, everything else from here is simply perfection. The gameplay loop may seem overwhelming in its entirety but the game is smart enough to introduce new mechanics at just the right time mixing up each encounter making them feel fresh. By the time the last level rolls around you are the apex predator utilizing your full arsenal to unleash Doom upon the hellspawn. The simple changes like a glory kill providing health, chainsaw kills ammo, then flame an enemy and boom, they drop armour flows into a perfect action-packed scene straight from a blockbuster. I mean no disrespect when I say Doom is like a Michael Bay action scene ramped up to 100. When the dust settles and the carnage is calmed you feel like an action hero and that feeling of going from 0 to 100 to 0 is addicting. I was constantly wanting more.

The game allows you to rip and tear your way. After all, what is a Doom game without a killer arsenal? Doom Eternal delivers this in spades with a healthy variety of weapons. These can be upgraded and switched on the fly providing the right tool for the appropriate amount of destruction. Maxing out a weapon unlocks a challenge. Completing this challenge unlocks the ultimate form, so to speak, which has even more ways to kill. My favourite weapon, aside from the BFG 9000, had to of been the chain gun turret mode that thing is a beast in its own right.

A Slayer is only as good as his prey, however. The game again succeeds in this is an area with Doom Eternal constantly ratcheting up the encounter difficulties until its throwing literally everything bar bosses at you. It adds an unpredictability factor on the first encounter of any new fight so you don’t know what may be after your head. The stand out new enemy is the Marauder. This wolf summoning axe-wielding shield walking menace forces you to take him seriously. The first encounter between the Slayer and Marauder is palpable. Like MMA fighters literally wanting to beat the other into submission… except submission is death in this case. He is tough but when you get how to dispatch him I felt a euphoria rarely experienced, something akin to beating a Dark Souls boss. The final note on enemies is f**k tentacles. The number of times they made me jump is more than I care to admit.

All weapons feel unique and have their own flavour and encourage different playstyles. To enhance this there are two additional upgrade systems, suit upgrades and runes. Runes cater to your playstyle. Mine was focused around glory kills but there are 9 to choose from with a max of 3 equipped at one time. The suit upgrades mainly focus on grenades and environment stuff but can enhance and improve combat depending on your preference.

Each level has its own set of challenges. Challenges can be based around weapons, kills and exploration encouraging players to really experience the masterfully crafted levels that all feel very distinct. Outside of killing Doom Eternal offers platforming, puzzle-solving and its own collectable heaven for any completionist. In addition, the game has inbuilt milestones that can unlock skins and various other customization items for the Slayer, weapons and the Demons for Battlemode. This kept me going back and after around 20 hours playtime I had gathered all the collectables and beat almost all the campaign milestones. Even when you think you have done everything you haven’t as I still have to beat the Master Levels which will be added to in time. This is definitely something you want to tackle postgame as it requires a good understanding of the core gameplay loop as well as a nicely kitted out arsenal.

Now, none of this would feel as epic or sound as good without an amazing soundtrack. Thankfully Mick Gordon returns with another next level soundtrack that is unrivalled. The way the music builds into anticipating an encounter to getting down and dirty whilst the carnage is flying left right and centre. He has honestly outdone himself and I’m in awe of how motivating the soundtrack is. In later levels, it allows for the soundtrack to evolve and blend in with other genres mixing for a true eargasm experience.

Doom Eternal might not just be a contender for game of the year, that’s a given, but honestly its one of my favourite gaming experiences of this generation and my life. With two campaign expansions planned and a built-in and intriguing BattleMode, I can see myself coming back to Doom Eternal for a long while yet. Doom has in my eyes well and truly re-established itself as king of the first-person shooter genre.

Why? Its a raw gameplay experience that brings old school back in a unique way.

Reviewed on Xbox One. Review code supplied by Bethesda

Looking for Doom Eternal on PC? Visit Green Man Gaming, using the affiliate link below, and purchase Doom Eternal to give a little back to Out of Lives.

Should The Outsider Get a Second Season?