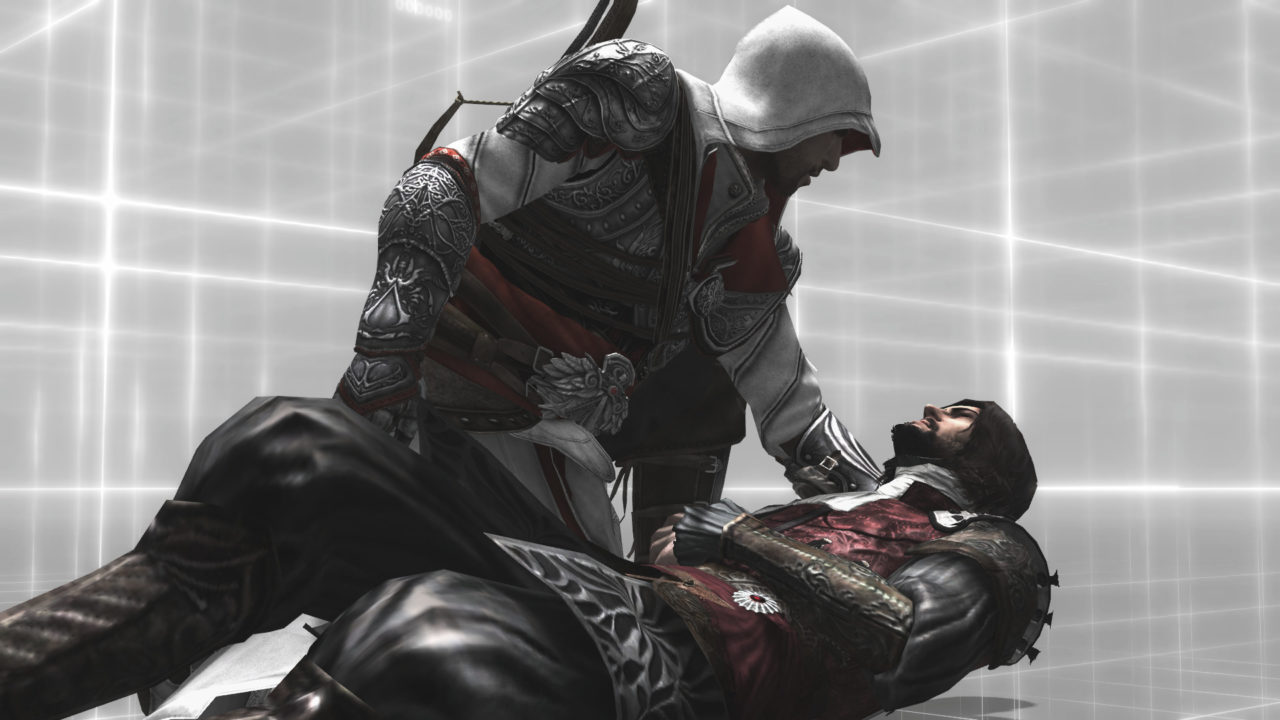 Does Assassin's Creed's forthcoming evolution into a live service game sever the final roots to the franchise's core identity?
by Kyle Barratt 13/07/2021

Assassin’s Creed is a franchise that has greatly evolved from its now humble beginnings in 2007. The scope and scale of each instalment has expanded and the series has shifted from simple historical action-adventure games to full-fledged RPGs with a penchant for the mythological. But the next evolution could be its biggest yet; first revealed by Bloomberg and confirmed by Ubisoft, Assassin’s Creed Infinity will be a live service game. A massive online platform that changes over time and features multiple settings, composed of individual games that are connected in some undefined way, developed by multiple Ubisoft studios. As a fan of Assassin’s Creed for 14 years I’ve stuck with the franchise through thick and thin, choosing to accept its evolution and trying to hold on to the franchise’s core ideas that are being increasing buried, but I can’t help but feel this is a step too far. Nothing about this announcement excites me. Quite the opposite, in fact. Assassin’s Creed may be taking a huge leap forward but have they checked to see if a hay bale lays beneath them first?

This move is clearly Ubisoft trying to cash in on a rising gaming trend but has this ever worked for a game of this type? There are comparisons to Fortnite bouncing across the Internet but at its core that game is a simple ‘battle royale’ while Assassin’s Creed certainly isn’t. The franchise has always been story-driven but surely opening it up in this will only take away from the narrative. Infinity could be sacrificing one of the few remaining tenets of the series to mould it into something it is not. I shudder while thinking of Anthem and Marvel’s Avengers – failed games I wish were just simple single player experiences. Even Square Enix are going a more traditional route for its Guardians of the Galaxy game. GTA Online is another live service mentioned as an inspiration for Infinity, with its huge content drops and connected experience, but personally “online” isn’t a word I want near Assassin’s Creed unless it’s related to competitive multiplayer. I could see Grand Theft Auto 6 doubling down on the live service model, integrating it into its single player campaign, offering new maps and missions, but at the moment GTA Online isn’t offering story content I’m interested in. The heists look fun but let me play them by myself, and I’m worried Infinity will slowly strip the single player experience away. I have far more trust in Rockstar Games pulling off the melding of a narrative experience in a live service game than Ubisoft.

Why do people like Assassin’s Creed? Speaking for myself, I love to be dropped in an open world, given a story, and left the hell alone. The franchise currently offers me that and the last few games were huge successes. Valhalla was the best-selling game in the franchise at launch. It’s almost as if people like these games as they are. I so hope such experiences are still supported with Infinity. If it is simply a framework for new games, which can be played traditionally before connecting in unintrusive ways, then great, but an ambitious metaverse that offers so much but commits to so little is what I fear. Yet, it would be a lie to say that Valhalla hasn’t been a stepping stone to a live service model. The story was told in region-specific arcs that I could easily see being divided up as ‘content drops’ in the future, not altering the story itself but changing the pace at which it can be developed and completed. It’s also the first Assassin’s Creed game to receive a second year of DLC, no doubt a proving ground for consumer drop-off. How many will stay with the game after launch, especially when Marvel’s Avengers had a monumental drop-off? Episodic games, once all the rage, are disappearing because of this issue, with Life is Strange: True Colours now opting for a binge release, yet now is when Ubisoft tries to get on the bandwagon?

Ubisoft are obviously motivated by the money Infinity could bring in, their eyes bulging with imagined riches. They want to launch a live service, and because Assassin’s Creed remains their flagship franchise, they can use the name to sell it, regardless of if the two fit together. With a Netflix series on the way, Ubisoft certainly has high hopes for the brand’s future. And of course, Ubisoft as a company has been profoundly unlikable with reports of their toxic workplaces and harbouring offenders. There’s a token mention that the new company structure created for Infinity ensures greater diversity and inclusion in the press release but that reeks of damage control. It’s also equally depressing and funny when you realise Ubisoft’s live service game was prophesised in the franchise itself by the evil corporation Abstergo using the Animus in the same way. How very un-self-aware. However, there is a chance I’ll be wrong in my critical assessment of Infinity, and I certainly hope I am. Does such a move offer what fans such as myself have been asking for? It’s frustrating that not since the days of Ezio have characters been granted multiple games worth of storytelling, and so is Infinity the next best thing? Characters and stories could be supported for longer without the need of huge new blockbuster releases in an ever-evolving story. I imagine there will be a single modern-day protagonist, hopefully Basim, but new historical settings that open up over time and allow you to easily travel back-and-forth. This was originally intended as a feature for Assassin’s Creed 3 but the technology just wasn’t there to support it. It is now. Assassin’s Creed is less a series and more a universe, not told in chronological order and ever expanding. The nature of Infinity does fit this idea frustratingly well.

The fan and canon-junkie in me wonders what such a change will do to the series’ lore. Will it unify the storytelling into a much more cohesive tale or will it once again become a tangled, labyrinthine mess? As it has been recently, the lore and metanarrative go completely haywire for a couple of games and then Darby McDevitt, loremaster and the franchise’s best writer, fixes it all and weaves the narrative threads together in the game he’s working on. Valhalla was wonderful for that reason. It made me care about the overall story of the series in a way I hadn’t done in years. In March, Darby announced he was departing Ubisoft and with him gone, and Assassin’s Creed’s new live service incoming, I worry the story will again self-implode.

There has been much talk in the fandom that Infinity is the killing blow. Assassin’s Creed is dead and the Reddit boards are full of murmurings of “Requiescat in Pace”. Clearly, I’m also not positive about this announcement but I’m also trying not to be overly dramatic. I don’t think the franchise is dead but I do think this live service news is a hidden blade to the gut and its fate is uncertain. If this new model is taken too far then it risks finally separating itself from the Assassin’s Creed of old, the Assassin’s Creed I love, but I do think there is a way its identity can survive such a shift. The core DNA of the series, the very premise of the Animus, could make this work, but I don’t trust Ubisoft at this time. I fear for Assassin’s Creed’s future but I haven’t given up on it… yet.

What are your thoughts on Assassin’s Creed Infinity? Let me know in the comments and be sure to geek out with me about TV, movies and video-games on Twitter @kylebrrtt.

Tanked Up 272 – What franchise should we play?