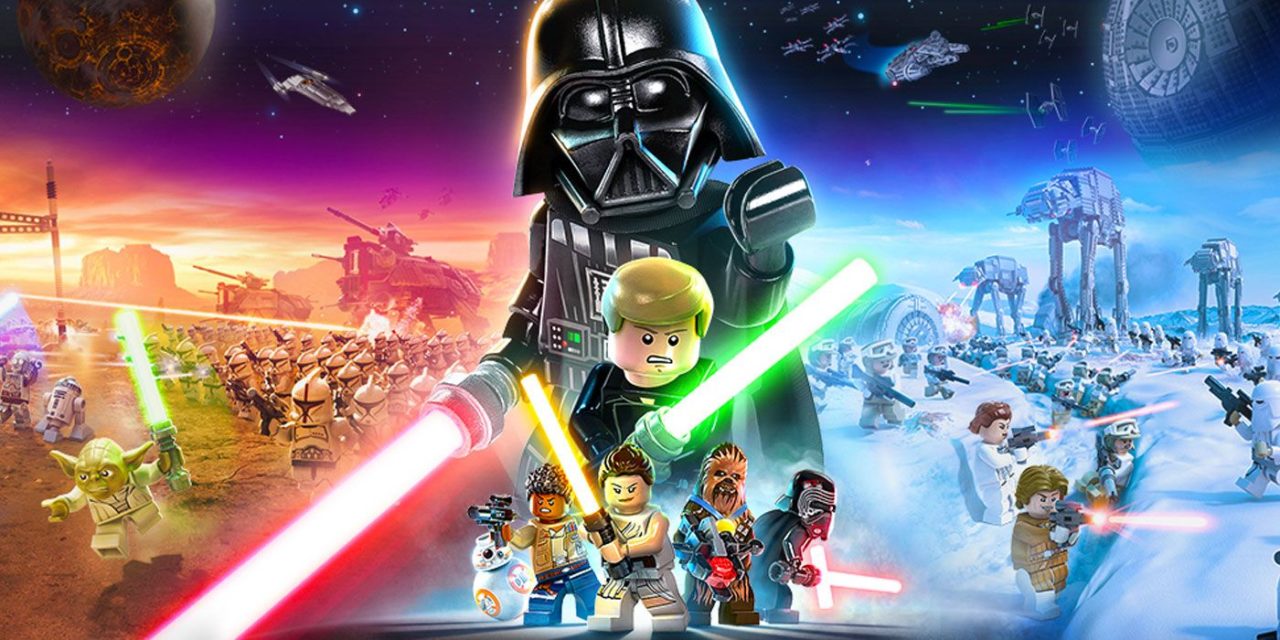 Levels I Can’t Wait to Play in Lego Star Wars: The Skywalker Saga

The four levels I'm desperate to play in the eagerly anticipated, and much delayed, Lego Star Wars adventure.
by Kyle Barratt 11/01/2022

I owe a considerable part of my Star Wars obsession to Lego games. Playing the original two Lego Star Wars titles, adapting the prequel and original trilogies respectively, not only offered a fun experience but also acted as a gateway drug to the wider canon. Suddenly all these characters with one second of screen time not only had names I could learn but were playable too. Each environment from the film was available to explore. Even the full unedited tracks of John Williams’ score were left to play over the missions. For a young kid with a PlayStation 2, it opened up Star Wars to a whole new level and made me the obsessive I am today. Unsurprisingly then, the announcement of Lego Star Wars: The Skywalker Saga at E3 2019 got me incredibly excited. All 9 films in the saga in one package with a brand-new game engine – a Lego game on a scale never attempted before. And then it was delayed. And then again. And then, yes, delayed again. My elation dwindled but now, at the beginning of 2022, just months away from its expected release, I’m allowing myself to get excited again and starting to think about the levels and moments I’m most desperate to play.

While the previous Lego games brought the key moments of the films to plastic-y life, there were some sequences left on the cutting room floor. One of these was the asteroid chase above Geonosis in Attack of the Clones, with Jango and Boba in Slave 1 attempting to kill Obi-Wan. Attack of the Clones, to just ramp this article up to levels of peak nostalgia, was the Star Wars movie of my childhood, the one I had all the figures of and watched endlessly, so I was always disappointed I never got to play this scene in the game. Somewhere in the cacophony of trailers and clips from the new game is a shot of this scene in playable Lego form and I couldn’t be happier to celebrate the 20th anniversary of Attack of the Clones by finally playing it. I could spend hours just flying around and listening to those seismic charges satisfyingly go boom. Sticking with moments left out of the original game, I’d love to play the fight between Mace Windu (and a few totally useless Jedi) and Palpatine. The duel in Revenge of the Sith is maybe my least favourite lightsaber battle in the entire saga, it being badly staged and executed by a combination of poorly skilled actors and obvious stunt doubles, so this is the developers’ chance to improve upon the source material, and have fun with it too, of course. The games are known for lovingly poking fun at the films and this scene gives them an awful lot of material. I would also like to either kill Mace as Palpatine or die as Mace because I’m sick to death of speculation that he survived the battle and will return in a future project. He’s dead and his death is important! It represents the downfall of the Jedi and his survival ruins everything thematic! So please, Traveller’s Tales, just let me wallow in his death and show his body shatter into pieces as he hits the ground.

Other than maybe the trench run, no moment in Star Wars has appeared in more video games than the Battle of Hoth. So many games have you hop in a Snowspeeder and take down an AT-AT imperial walker that its almost a running joke. That’s why the assault on Hoth is one of my most anticipated moments of the new game, both to add to video game history and lore by doing it yet again but also to see if the developers are creative about it. The fact that most gamers have played this again and again will force them to be inventive and hopefully think up some new way of protecting Echo Base. Maybe the scale and technology now available will allow players to battle snowtroopers on the ground, jump in a ship, and take the battle to the skies in seamless fashion. However it’s done, and however many times I’ve played it before, taking on those walkers is sure to be a highlight of the game.

The Battle of Exegol in The Rise of Skywalker is supposed to be a space battle the likes of which the galaxy has never seen. A huge civilian fleet made up of ships of every kind vs the resurgent imperial war machine. Yet, other than one epic shot and moment, the film fails to translate the scale of the battle to the screen. All we get are a few X-Wings and Y-Wings and a brief shot of the Ghost from Star Wars Rebels. Apparently other ships like N1 Starfighters are there, somewhere, but you have to pause the film and zoom in to see them. It’s very disappointing but if there’s one storytelling format that can present the Battle of Exegol at its full potential, it’s a video game. The player can switch from pilot-to-pilot, ship-to-ship, getting to play every moment of the battle from the perspective of everybody there. The Lego games usually have a ‘story mode’ and then a ‘free play’ mode that is unlocked at the end of the level, and what better way for ‘free play’ to not only unlock but actually play into the story than have every character in the game (apart from Mace Windu, he’s dead) appear at the battle and be playable in that instant. A perfect merging of the story, its ideas, and gameplay potential.

Which levels are you desperate to play when Lego Star Wars: The Skywalker Saga is finally released? Let me know in the comments and be sure to geek out with me about TV, movies and video-games on Twitter @kylebrrtt.