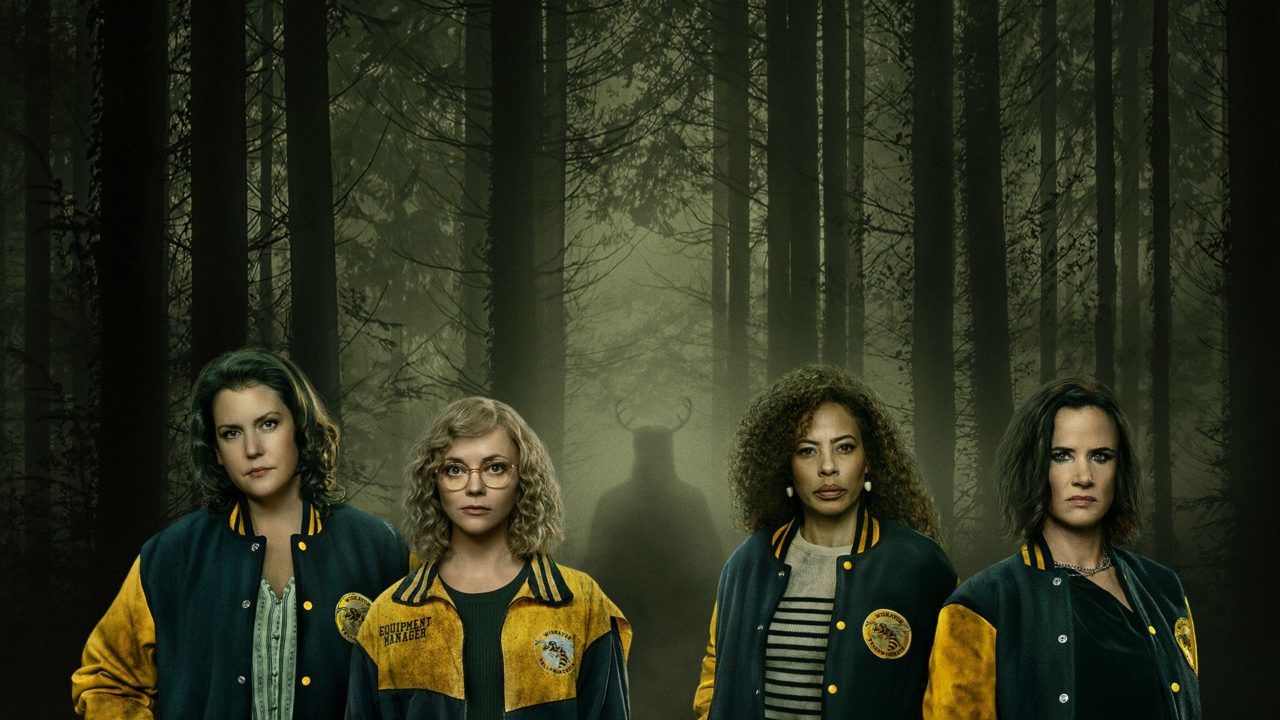 Would doubling down on the implied supernatural aspects be the right or wrong move for Yellowjackets?
by Kyle Barratt 08/02/2022

In its final few episodes, the first season of Yellowjackets threatened and flirted with the idea of a supernatural force. The woods are alive with the sound of cannibalistic cults, shroom orgies, and possibly spirits orchestrating dark deeds. Or is everyone just going a little bit mad with the real horror being teenage hormones? While the finale offers more evidence for the paranormal, the show still remains ambiguous, leaving room for rational explanations. Except for Nat’s infinite supply of hair dye, that’s totally the devil at work. Yet moving into the second season of a planned five-season show, will Yellowjackets fully commit to its spooky teases, and would it be for the best? The real question is how sustainable is Yellowjackets at its current rate of mysteries and answers? The first season did an admirable job of offering two explanations for everything in the wilderness. Is Lottie mentally ill or prophetic? Did Laura Lee’s plane explode because the woods were angry or the engine failed? Were the events of the ‘Doomcoming’ purely drug-induced or did possession play a role? I like this ambiguity but question whether it can be maintained in a satisfying way.

Thankfully, the show has made it much easier for itself by implying that Lottie is still alive in the present day. Keeping Lottie around for the long haul and confirming she didn’t die sometime in the wilderness allows for any paranormal shenanigans to be shown from her subjective POV. Anything she experiences is immediately called into question, it could be happening or it could not, so keeping her central to the show delays the need for concrete answers, if there even are any. The show is clearly building some sort of mythology surrounding the woods, its previous occupant, and the mysterious symbol, but there are also disparate elements that may or may not fit into this puzzle. The prime example is the creepy Man with No Eyes that haunts Taissa, and was possibly passed down by her grandmother. I’m not sure what to make of the phantom from a narrative perspective but it’s one of my favourite elements of the show because it seems like something that wouldn’t fit but does, especially if there is some thematic reasoning behind it. It almost seems like a supernatural element that could appear in a season of Fargo, like the ghost in season 4 or Ray Wise’s Wandering Jew in season 3. The single strange element in a realistic world that represents an idea. The Man with No Eyes could relate to grief and Taissa’s personal horror and relationship with death, from her grandmother to whatever fates befalls Van.

As crazy an idea as it is, the writers deserve credit for turning the group of girls into a woods-worshipping cult in just ten episodes in a way that is believable, at least in the logic of the show. It’s hard not to just speculate irresponsibly about where it could all lead if the supernatural element is unchained. Shauna has a demon baby who gives her cravings for human meat may be a little too fantastical but I’m genuinely wondering if Yellowjackets will go full-blown wendigo. All the elements are there. The girls crash in Canada, are forced (or lured) to cannibalise each other, and there’s antler imagery everywhere. If the series does commit to the paranormal, I think wendigo is the most logical explanation. But here’s the thing. Doesn’t an actual supernatural force ruin, or at least lessen, the ideas at play in the series? So far, the actions of the girls are metaphorical. This is a character examination before it’s a drawn-out X Files episode. The show explores teenagers, particularly girls, by placing them in a heightened environment. The ‘Doomcoming’ turns into a bizarre almost-murderous orgy but Travis being chased by the girls is just lust and hormones, baser instincts, being shown through the lens of a demonic drug trip. The teens’ attempt to find an explanation, however extraordinary, is just the stressed, starved, and dehydrated human mind trying to make sense of its situation. Cannibalism itself has been used as a metaphor for coming of age in the brilliant French film Raw.

It’s easy to get wrapped up in what happened to the girls in the wilderness, and the show wants viewers to speculate, but that’s not really what Yellowjackets is about. It’s not a show about what happened but rather the repercussions on the characters’ adult lives. It’s a show about trauma and therefore what does a supernatural element add to the modern story? The women have to deal with what they did 25 years later and isn’t it darker and more dramatic if they themselves did terrible things while cognisant and consenting rather than possessed in some way? Human darkness and the quest for survival is ultimately scarier than any paranormal element. It’s this that’s making me think Yellowjackets shouldn’t double down on its supernatural teases. Despite this, I think it’s a possibility that the series can sustain a clear supernatural element if it is played correctly and appropriately balanced with human drama. The first season of the show is already silly and fairly ridiculous at times, but in a fun, darkly comedic way, yet still delivers strong character drama that’s grounded and capable of subtlety. Infusing Yellowjackets with unambiguous mystical elements beyond what we saw in the first season will make perfecting this balance between buzzy, speculative genre television and subtle character drama much harder but it is possible. It may even improve the series but the chance of failure is much, much higher. It’s a dangerous path to walk and I eagerly anticipate the second season to see where the series dares to tread.

Do you think Yellowjackets should go full-blown supernatural? Let me know in the comments and be sure to geek out with me about TV, movies and video-games on Twitter @kylebrrtt.

Tanked Up 302 – We’ve acquired another episode!

Tanked Up 303 – Loops, tricks, and multijumps