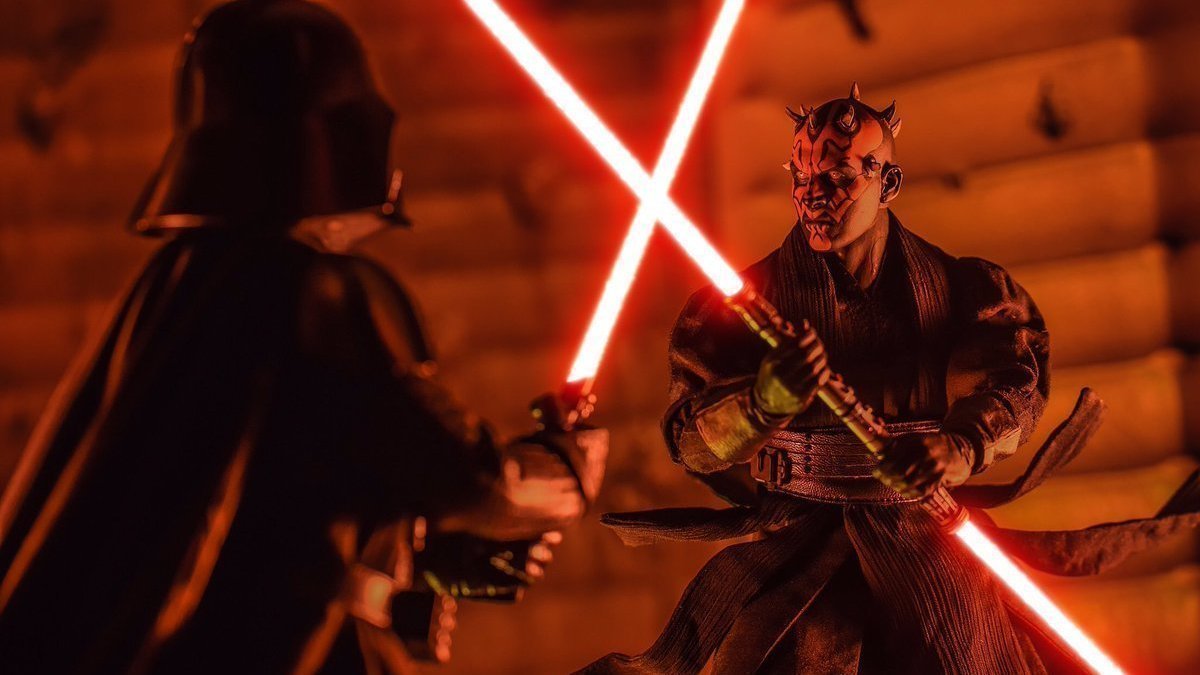 For a character who died in his first appearance, Darth Maul has had quite the legacy. Just too cool to stay dead, Maul was resurrected for The Clone Wars animated series before his story continued on into Rebels, Solo and several comic books. The once taciturn and purely physical character has grown into a genuinely interesting and nuanced villain with a unique perspective on the galaxy. Yet while the beginning and end of his story have been told, there’s a whopping great big missing piece right in the middle. How does Maul go from almighty criminal kingpin, as we see in Solo, to that beaten old man with nothing, stranded on Malachor, a decade later in Rebels? Perhaps his appearance in Solo, which delighted mega-fans and confused the casual, was a set-up for an expanded role in the sequel that would cover his downfall. But a Solo sequel, now an impossibility, was never the best place to tell that story nor those characters the right ones to bring Maul down.

Debate currently rages on whether there should, or even could be a second season of Obi-Wan Kenobi. The show ends Obi-Wan’s current journey with a scene he shares with his old master, a cap to his arc but also possibly teasing more. Vader’s final scene in the show is very similar, he too talking to his master. It’s a strong moment, finally blasting The Imperial March after weeks of teasing, as Palpatine once again manipulates Vader unto his absolute control, not allowing his desire for revenge against his old master becoming greater than his servitude to his new. Instead of a second season of Obi-Wan Kenobi, a Darth Vader series could take this character beat and run with it. What mission can Palpatine give to Vader to cement him as his loyal apprentice after his trial with Kenobi?

Much like he did in The Clones Wars, Palpatine sees Maul’s empire as a threat to his own. After all, there can only be two Sith, and Maul is no longer his apprentice. It’s the perfect power play from Palpatine against both Maul and Vader. The old apprentice has to face his replacement and come to terms of his place in the galaxy as a weapon abandoned for the latest model, trying to find his own purpose separate from the one he was raised for, while the new apprentice’s power and servitude is truly confirmed if he can kill his predecessor. It’s an important quest for Vader but, who knows, maybe Palpatine would also want to take action himself like he did in The Clone Wars. Sidious and Vader vs Maul would be a sight to see.

Pairing Vader and Maul for a series as dual protagonists/antagonists would be fascinating, with plenty of character depth available to be mined. I would love to see them meet and converse as well as ultimately fight. Their trajectories are almost complete inverses of one another’s, parallel lines heading in opposite directions. Maul is now free of Palpatine’s oppression and control over him, he’s fighting for his own power, the right to control his own destiny, while Vader was haunted by his past but refused to change in Obi-Wan Kenobi and now is becoming ever more a slave. Perhaps Maul could plant a thought in Vader’s mind, show him that power away from Palpatine’s machinations is possible, later inspiring his plot to usurp his master and sit atop his throne with Luke. But even though Vader, deep down, may want what Maul has, he has to kill him, representing him killing his own desires and wants along with Maul. That’s the genius of Palpatine putting the two on a collision course. And Maul and Vader could always discuss their shared hatred of Kenobi while they are at it.

It’s a valid question to ask whether Maul and Vader could carry a series – two villains in a franchise concerned with light and hope – but look no further than the comics to see how it can be done. That storytelling medium has proved that both characters can be lead characters in stories with surprising depth and shade, Vader especially. Charles Soule’s 25-issue run of Darth Vader is a masterpiece, one of my very favourite Star Wars stories. The characters’ storytelling difficulties can become their strengths, key parts of their stories, from limited dialogue to maintaining a balance between vulnerability and incredible power. Vader is a character the Disney era has nailed so far and, if need be, they could repeat story and character beats from the comics, like Obi-Wan Kenobi did with Rebels and Jedi: Fallen Order. It’s just the way it works. Instead of just on the page we can now explore onscreen Vader’s thoughts on his imprisonment in the suit, his feelings towards Padme, and his use and lack of respect within the Empire. He can be painted as a rageful underdog in the system. A character to be feared but also pitied.

Hayden Christensen is right there to portray Vader again, something fans would lap up after his limited, but appropriate, screentime in Obi-Wan Kenobi. Ray Park could return as Maul, ready to be dubbed again by Sam Witwer like how it worked in Solo, although there’s still questions to answer over that Instagram post from Park. That’s if the story is told in live action, which I would love, but there’s always animation or publishing. And it can’t all be Vader and Maul. When legacy characters with fates set in stone are involved, new characters have to be included to keep the story fresh and somewhat unpredictable, like Reva. Qi’ra from Solo should be involved and have a part to play in Maul’s downfall, maybe with her own scheme which brings her into a grudging alliance with Vader. Although, Qi’ra is starting to appear in the comics which may indicate Lucasfilm has no greater plans for her.

So yes, there’s a story that can be told with Vader and Maul, with depth and themes and character development and blah blah blah, but the main event is the duel. The Sith lords going at each other, a fight between villains like we’ve never seen in live action before. We almost got to see Maul vs Vader in the second season finale of Rebels but it was cut during development, keeping Maul alive to eventually die by Kenobi’s blade and have Vader fight Ahsoka instead – the right decision. Maul would have to lose, ending up a broken man stranded on a desolate world, his criminal empire and all his power lost to him, but he wouldn’t go down easy. Who doesn’t want to see a duel between these two icons? And what’s better is that there’s the perfect place – a missing piece in the canon ready to be filled in – where it is not only possible but makes sense from every angle.

What are your thoughts on Maul vs Vader? Let me know in the comments and be sure to geek out with me about TV, movies and video-games on Twitter @kylebrrtt.