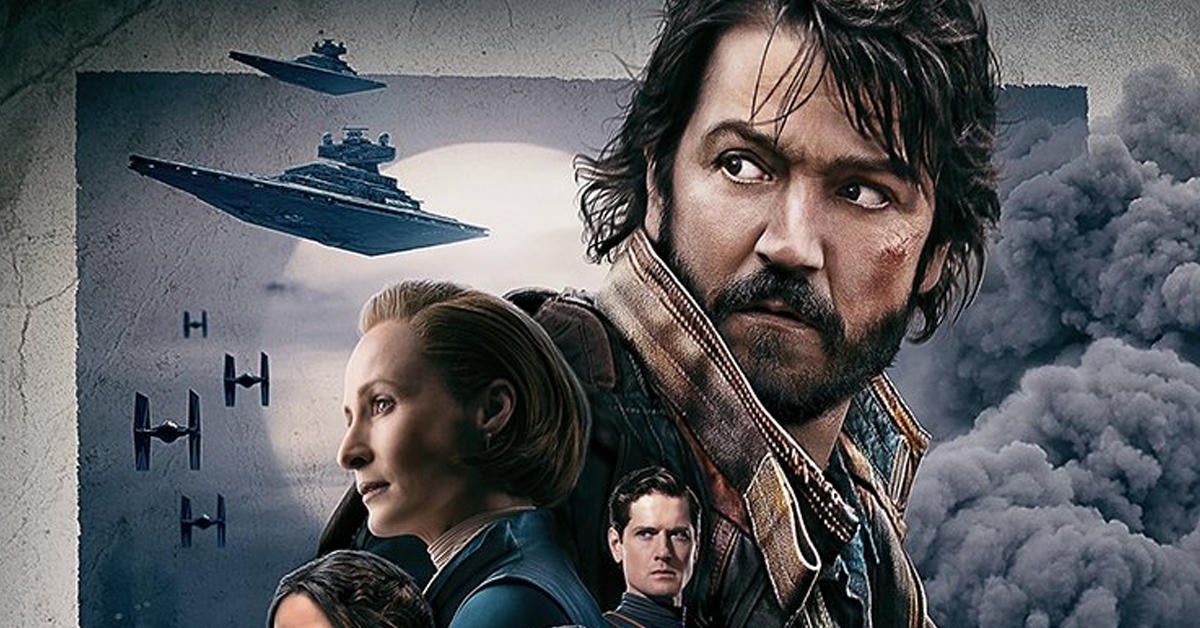 Andor Proves Why British-Produced Star Wars is Superior to American

There are only a few things I feel patriotic about as a Brit. Beans on toast; the NHS; Alan Partridge; the 2012 Olympics; James Bond; that day all the flying ants come out. But recently I’ve been thinking of adding something new to the list: Star Wars. Yes, George Lucas is from Modesto, Skywalker Ranch is in California, and Disney is the most American company ever, but there is something distinctly British about the best Star Wars. It’s been the case ever since the original film shot at Elstree Studios in 1976 with second-hand costumes from Doctor Who.

Since then, The Phantom Menace found its home in Leavesden Studios, all five of the Disney-era movies have been British-produced, and numerous British actors have graced Star Wars with their talent. The British Isles are that summer house that writers in movies always have; it’s not where they live but it’s where they retreat to to do most of their work. Yet now, with the focus on Disney+ streaming, we’ve been watching US-produced Star Wars content for the past few years and I’m not sure I like the sensibilities percolating through. It has little to do with talent but rather the realities of making Star Wars in America is becoming more and more off-putting to me. In response, British-produced Andor has become a shining light in the release slate.

I love Stephen Root but it felt strange seeing him in The Book of Boba Fett. David Pasquesi made me cringe. And Horatio Sanz just didn’t gel with me. These American comedy actors popping up in Star Wars feels weird. It creates a new tone and style and, more often than not, takes me out of the galaxy far far away. The performances don’t feel that most nebulous of terms: ‘Star Wars-y’. Hearing the accents, too, is bizarre. And yet Bill Burr is so ridiculous a casting choice that it works for me. There’s intention there in adding him to Star Wars, a subversion almost; the others are just cast because they are jobbing actors in LA. They feel out of place.

Even Titus Welliver sticks out like a sore thumb. I like the actor a lot but an Imperial officer? No way. Imperials need British accents, like Nazis in WW2 movies. There’s even a canon explanation with what we call British being an upper-class Coruscant accent in Star Wars. But now that Andor is moving Star Wars production back to the UK, British character actors can do what they do best again. Anton Lesser as some higher-up in the Imperial Security Bureau? Yes please. Alex Ferns as a tough security enforcer. Fiona Shaw as a rebel leader. Alex Lawther as some guy named Rick, apparently. Gimme gimme gimme. Not a single SNL alumnus in sight.

Britain also means, at long last, location shooting! I mean, we’re not New Zealand but at least there’s some beautiful and varied landscapes that can be utilised. The trailer for Andor has real sky and trees and grass and mud. The worlds look tangible. What little location shooting there was for The Mandalorian and Obi-Wan Kenobi looked like old episodes of Star Trek, shot next to the highway in the scrub and dust just outside LA. Actual locations removes the need to rely on the Volume, which has rapidly gone from being praised as revolutionary to becoming a crutch. It can certainly look good, and I’m sure there are scenes I would be shocked to discover were shot on a stage, but there’s been a huge overreliance on the technology. It can look flat and uninteresting, removing any scale and scope. It’s good but it can’t replace the real thing and, in the UK, the real thing is right there, ready to be used.

With Andor there will be no more just reusing the same creature animatronics and prosthetics, hoping the audience won’t notice that that alien was in Solo and that one was in Rogue One. There will be no more asking fans to come to set with their best Stormtrooper cosplay because production doesn’t have enough, or seeing the same Nikto mask in almost every episode of The Mandalorian and The Book of Boba Fett. Andor has a movie-like production because the teams that worked on the movies are there, in the UK, able to work on the show. The first thing we ever saw from Andor was a behind-the-scenes sizzle reel highlighting just that. Say what you want about the sequels, or the modern movies in general, but the craftsmanship is superb on the costuming and the creature effects. The master himself, Neil Scanlan, is there working on the show. The infrastructure and people, already Star Wars veterans, are right there to utilise in the UK.

Andor may be the first of these Disney+ series to be produced in the UK but it won’t be the last. While the Mandoverse is firmly planted in California, the multiple other shows on the rapidly expanding slate of content are making a home in the UK. I only wish this shift could have happened sooner, that Obi-Wan Kenobi wasn’t handled by The Mandalorian team during the peak of COVID, because the show suffered because of it. But the Tatooine-esque horizon is bright: Andor may be one sun but The Acolyte is another, set to begin production in England next month. I couldn’t be happier. It just feels right to have Star Wars produced here, from the actors, the locations, the behind-the-scenes talent. Star Wars has come home.

Do you feel patriotic about Star Wars production? Have I prevented this sounding like a racist UKIP manifesto? Let me know in the comments and be sure to geek out with me about TV, movies and video-games on Twitter @kylebrrtt.

Cowabunga! Its the Lucy Episode before the internet Killzoned (Tanked Up 343)