Final Fantasy XIV is set to receive patch 3.3 in June, and Square Enix has released a new trailer for it, titled ‘Revenge of the Horde’.
by David Wyatt 27/05/2016

Final Fantasy XIV Patch 3.3 Gets a ‘Revenge of the Horde’ Trailer:

The latest patch will feature new emotes, hairstyles, mounts, and raids. Which is pretty standard stuff however the most importantly aspect of the patch will the feature that allows players to match up with others automatically during encounters in Eorzea. Also coming will be new minions that serve as companions to your character. New areas will be open to explore including the delightful Weeping City of Mhach. Sounds lovely.

Also coming to FFXIV is a Yo-Kai Watch event, which will take place this summer. Square Enix announced a collaboration with Level-5 last month and the Yo-Kai Jibanyan and Whisper will be making and appearance in-game as seen in these screenshot:

Cane of the Shrine Guardian 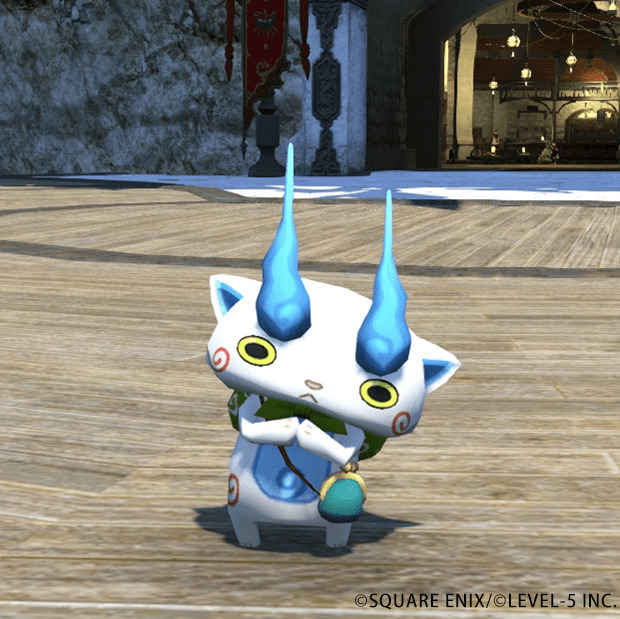 One of the new mounts Paw of the crimson cat Spear of the spark serpent Whisker of the brave cat