Where could Red Dead go next?

Now I’ve finished Red Dead Redemption 2, and I’m wandering the world trying to get as much from it as possible, I’ve been thinking about the future of the franchise. Not necessarily chronologically, we know what happens to John Marston and his story in Red Dead Redemption. I’ve been thinking about the next story. I’ve outlined several ideas below that I think are feasible for the next game. They’re ideas that I would like to see and play through. Stories that I want to know more about. 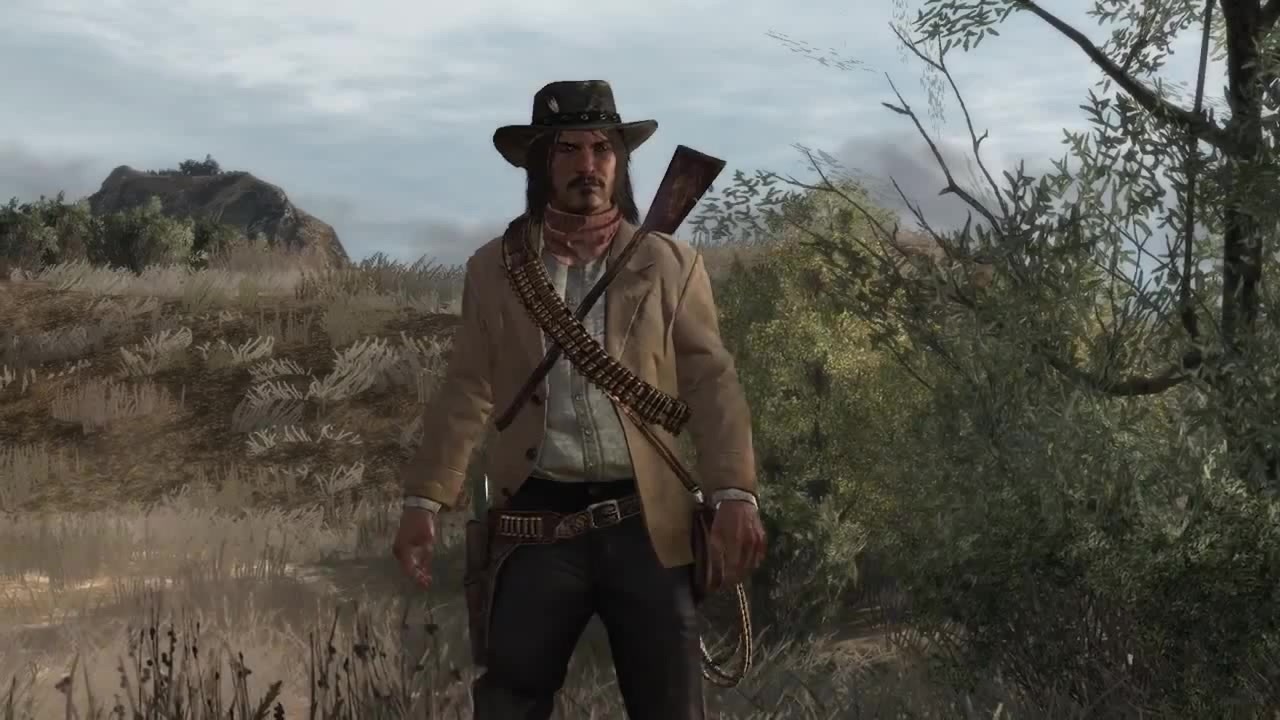 My first thought was of a direct sequel (OK I’m thinking a little chronologically) to Red Dead Redemption where you continue playing as Jack. It doesn’t need to be right after the events of the first games epilogue but could incorporate them in some way. It could even featuring Abigail if it bridges the gap between Red Dead Redemption and the epilogue. The story of Jack may then jump forward and show his position in society after his actions in 1914. The story and world building could focus on the death of the old west (as all red dead has done in a way), the last frontiers and Jack as the last gunslinger. This could move into how the USA begins to gear up to World War 1. The United States went through some dramatic changes at that time and the difference between modern America and those last frontiers would be interesting to experience. It could even tackle the USA’s involvement in World War 1 with the possibility of Jack enlisting and being sent abroad. This may be a good way to round out Red Dead as a trilogy charting the end of the wild west and the changes to America through the progressive age. Another idea came right at the end of Red Dead Redemption 2’s epilogue. I began to think more about Charles and Sadie and the possibility of the next game occurring in parallel to Red Dead Redemption. We could have two stories here which are tied together with two alternating characters, Sadie and Charles. They both went their own ways from John’s ranch with Charles suggesting he might head to Canada and Sadie off to do what she’d been doing for the last few years. As a nod to Red Dead Redemption perhaps Sadie could be forced to hunt down former members of the gang including Charles. Charles meanwhile has found himself helping Rains Fall further north towards the Yukon. Charles story could be focused on the struggles of Native Americans and the issues around resettling an entire group of people leaning heavily into the issues of racism. It could be deeply sad and melancholy. Sadie’s could be the classic bounty hunter tale of tracking and exploring. Starting in California and taking in the west coast it would be full of action and aggression in direct contrast to what Charles is going through. Mechanically there’d be problems around free roaming and linking up such a large expanse of land but its possible. Unlike John with Dutch, Bill and Javier, Sadie likes Charles so collecting the bounty probably wouldn’t happen and the late game can evolve from there. This also gives Rockstar the opportunity to put a female character and a Native American, two underrepresented groups in games, into the spotlight. Something they’ve previously been called on to do. I’ve not just been thinking forward. I’ve also considered taking the story back to the start of the Wild West era. This could focus either on a gang member like Hosea or Uncle or could feature a known character such as the gunslinger Bill Calloway and the gang he ran with. From these two I think sticking with Hosea or Uncle would be the better options. We don’t know much about their early lives and there could be plenty of interesting stories to be told. Of course we wouldn’t get that key death as Hosea finds his end in RDR2 and Uncle sticks around until the big gun fight at the end of John’s story. Perhaps someone in a relationship with them could be that focus and a narrative turning point. It might also be hard to have a redemption arc for either of them, however anything and any story is possible if written well. It could be something that causes Uncle to stop fighting and become a hanger-on in the Van Der Linde gang. Or Hosea’s early relationship with Arthur and John changing his perspective by having more responsibility. Using someone like Bill Calloway or an unknown character could pull away from the gang a little too much. This type of gunslinger however is what the start of the Wild West is all about, so they should feature heavily. An earlier time period and using these older characters in their younger days would help build the world we know. Perhaps they’re the reason the Del Lobo gang or the Skinner Brothers exist. Maybe a key part of the story sets up the Van Der Linde gang in some way by bringing Dutch and Hosea together. There are plenty of tales to tell from this time. 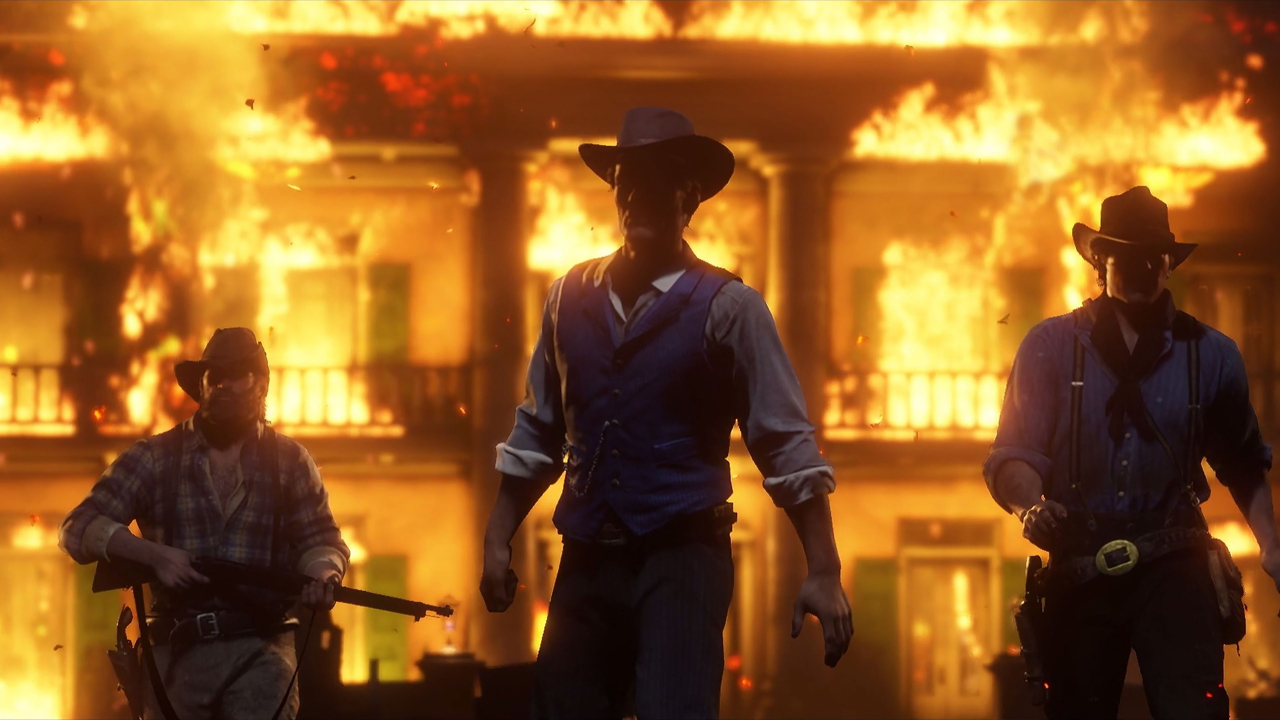 Hosea Matthews (with Bill and Arthur)

My final idea also looks back but more directly at another prequel. I really want to know what actually happened in Blackwater before Red Dead Redemption 2 begins. How did it all go wrong and why? We’ve seen the gangs downfall and their comeuppance. Seeing their rise to infamy and how certain members joined Dutch would round out the story of the Van Der Linde gang. This could allow us to play as a known character but someone we’ve never encountered, such as Davey Callander. We know Davey’s fate but not the events leading up to it. It would allow us more time with the characters we’ve come to know. We can get even more stories from the gang and how their relationships build whilst they’re being successful outlaws, a very different dynamic to the unravelling of RDR2

I don’t think any of these ideas stands above the others as all could be interesting in their own way. Rockstar will of course have their own ideas and possibly something already in the early stages of story development but we won’t know for a while what that will be. What would you like to see next from Red Dead? Is it different to my ideas, or something incorporating elements that I’ve described? Let us know.