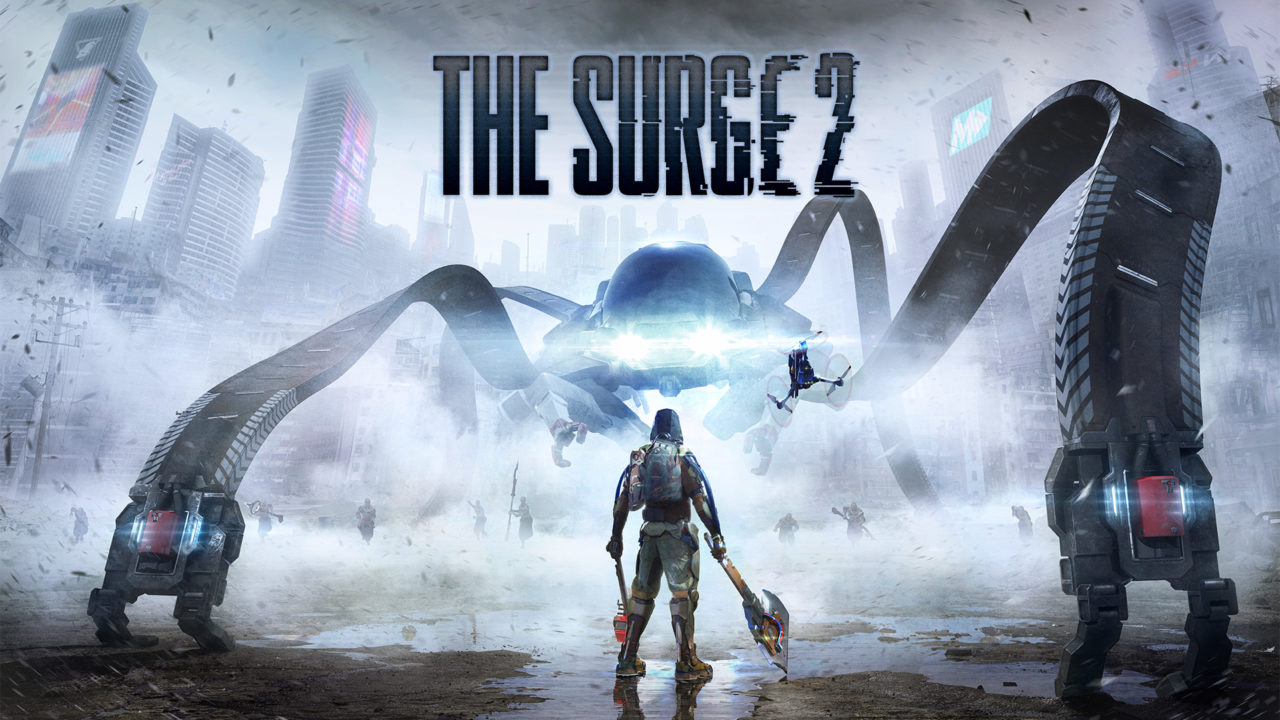 I’ve never played Dark Souls or Bloodborne but I have played The Surge, and although I’m not fond of the Soulslike genre The Surge’s sci-fi setting had me hooked from the get-go. It should come as no surprise then, that I was excited to play The Surge 2. From the trailers it looked too similar to The Surge and I was concerned that it wouldn’t make enough changes to keep the growing series fresh but now that I’ve spent 2 and half hours with The Surge 2 I can confirm that enough tweaks have been made to set the two apart. Whether those tweaks are a benefit or a hindrance, is a different question entirely.

When a space-bound rocket explodes above the United States and causes a global blackout, planes inadvertently fall from the sky. You just so happen to be on one that crashes in Jericho City. 2 months later you wake from your comatose state and find yourself in Jericho City Prison. It’s not clear why you’ve been imprisoned but at this stage it doesn’t matter; all you care about is getting out of this dilapidated hellhole. And so, The Surge 2 begins…

Between the opening cinematic and waking up from a deep sleep you get to build your character with a limited-but-fun character customisation prologue. I wasn’t disappointed with the limitations because once you whack on a helmet you never see your face or haircut ever again, so there’s no point investing in your character’s looks. You can choose from a small selection of pre-built characters, each with a brief description of why they were on the plane. Their backstory doesn’t seem to have any relevance but it’s an opportunity to start world-building. What bugged me the most was how tiny the descriptive text was. Thankfully, most of the text I came across afterwards wasn’t so tiny, although the subtitles could do with being larger.

If you have played The Surge you will find the controls and the momentum of your character quite familiar. In fact, the controls and visuals don’t seem to have changed much. You’ve got your standard quick and heavy attacks but now they can be charged for extra damage. Jumping still feels clumsy and uncontrollable, so it’s a tad frustrating that this hasn’t been addressed. Things haven’t changed much in the way of gameplay, which is great; one of the series’ most unique points is how you have to lop off limbs to collect blueprints in order to construct the weapon or armour part you just chopped off. Harvesting materials to upgrade your gear has been introduced in the opening stage too which adds an extra level of depth to the grind as now you can collect resources as well as experience points.

As an introduction to The Surge 2 the opening level is a terrible tutorial. Instructions are projected onto surfaces, which is a cool idea within the confines of the futuristic setting but in reality it’s awkward and uninviting. It’s actually quicker and easier to jump into the Options to see the full controls from there. The opening feels claustrophobic too because the camera is so close to your back. This wasn’t a problem in larger rooms so perhaps it’s intentional in smaller environments, but all I know is I didn’t like it and I hope it doesn’t plague the rest of the game. It doesn’t teach you how to sneak up on enemies to carry out a staggering stealth hit, despite setting up the scene by having a prison inmate pickpocketing a corpse without realising you’re right behind him. There are numerous little details I could rattle on about that feel like they should be taught to the player at this stage, but aren’t; such as how health injectors work, and how to top them up with Battery power; or how to equip implants without haphazardly equipping and unequipping them to see if you’ve equipped them correctly.

The Surge 2 has ramped up its complexity right from the start. Now that enemies aren’t techno-infected ‘zombies’ they’re instead smarter, faster and stronger citizens of Jericho City fighting for their own survival. Combat is more strategic than ever; enemies have a stagger bar, which I’m assuming needs depleting to open them for a direct strike. The Surge 2 also has a greater emphasis on dodging and countering enemies but, again (and I can’t stress this enough), these gameplay elements are not explained or taught to the player in any obvious, meaningful way. Sure, you can equip an implant that briefly details how the mechanic works but you’re never really thrown into a situation where you get to test it out efficiently. As different enemies attack at different speeds it’s difficult to land a counter. It’s especially difficult because there’s a fraction of a delay between pushing the button and your character actually blocking, so you’re having to account for two sets of micro-timing to actually block an incoming assault.

There is something new The Surge 2 brings to the fight and it’s a game-changer: like most Soulslikes, you can return to the spot where you died to collect a cache of experience points. Die, and you lose it all. What The Surge 2 does differently is that you can linger near your cache to gain health. Pick it up and you will regain all your health entirely. What this means is, if you die during a boss fight as long as you take the tiniest amount of XP in with you, you will always have an extra health ‘injector’ waiting on the floor for you. I can see this passive ability becoming extremely helpful.

So far, my experience with The Surge 2 has been 50/50. I haven’t been entirely impressed with the opening’s lack of guidance but I have been delighted by some of the changes that have been made. Ultimately, I’m looking forward to pushing on and seeing what else The Surge 2 has to offer…

My Hopes For Mindhunter Season 3