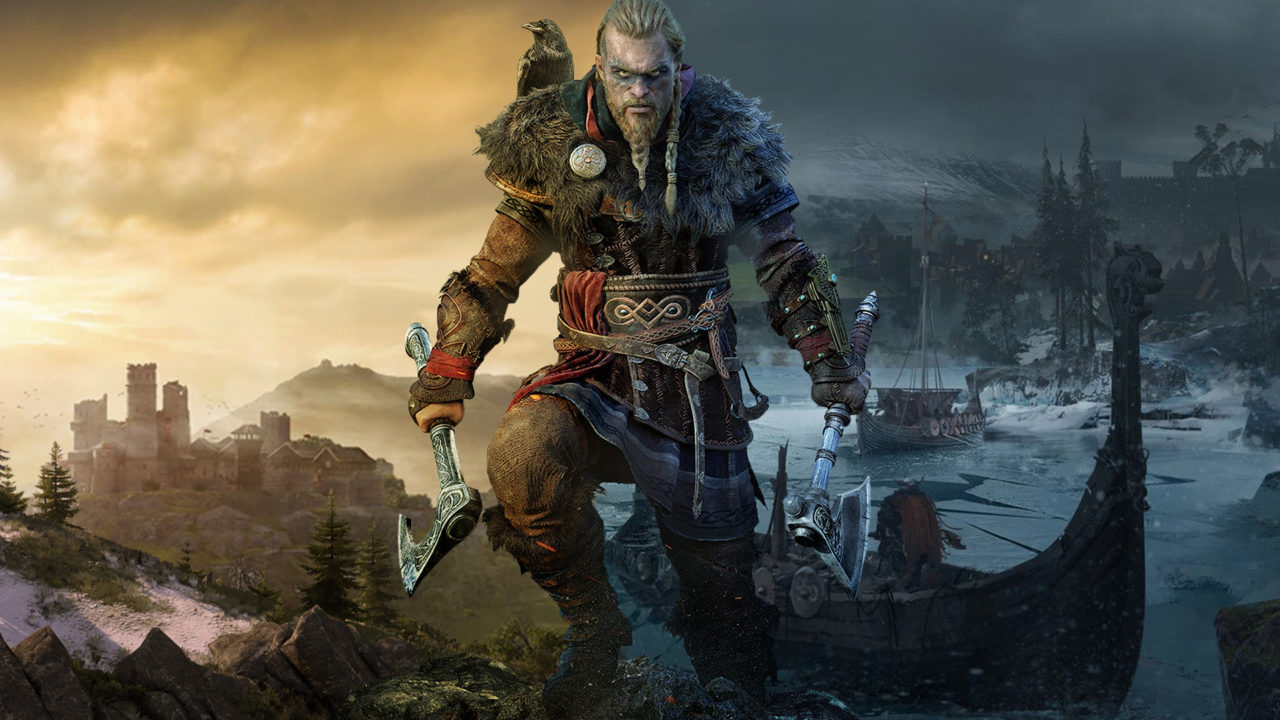 In the middle of another expansive RPG, Assassin Creed offers a small arc that returns the franchise to its original core conflict and perfectly balances the old with the new.
by Kyle Barratt 19/01/2021

Assassin’s Creed Valhalla is a huge game. The last few entries in the series have expanded the franchise into a full-blown RPG with hundreds of hours of content across a massive open world. There was some push back against the sheer size of Greece in Odyssey, as well as that game’s very long narrative, and I remember the team behind Valhalla saying that they won’t make the same ‘mistake’. And yet, Valhalla seems just as ginormous to me. I’m 60 hours in and just when I thought I could see the very long path to the end before me (which would still take me over 100 hours to complete), I stumble across the missions in Asgard and an entire new world opens up. While I am enjoying the game, it can be an exhausting experience. 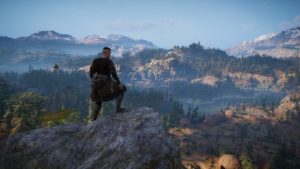 In order to make the game’s narrative and world somewhat manageable without the gamer having a panic attack every time they open the map, Ubisoft have split the game into multiple arcs. If the game is a season of television then these arcs are the episodes. Many are very similar and see Eivor help to secure the throne of one of England’s many kingdoms and counties. It was to my surprise that one of these arcs instead took me far from the shores of England and instead to Vinland: an area of coastal North America explored by the Vikings. It was here where Valhalla thrust me into a short, contained storyline and region. It was totally refreshing after Eivor’s epic European saga. Vinland is Valhalla at its most stripped back. I do enjoy the modern Assassin’s Creed games but the Vinland arc gave me wonderful nostalgia of the franchise as it once was, and is the best 90 minutes of Assassin’s Creed in a long time.

The Vinland arc is simple, and after having to remember dozens of character names and gallop miles between map markers in England, that’s a big reason why it’s so good. In this one contained area we’re given a potent, classic Assassin’s Creed experience. You’re on one side of the map. Your target is on the other side. To reach him you have to traverse the environment, take out camps of enemies, and find clues to your adversary’s final location. There’re also some wealth and armour pieces to collect along the way, and the occasional fun mystery side quest, but the map isn’t packed with endless points of interest like England and Norway, offering a decent balance of main missions and additional content. For the first time in years, there’s an emphasis on stealth gameplay. While you can loudly chop your way through North America, the camps are designed to be navigated silently, and your raiding party is back in England, unavailable to offer violent aid. 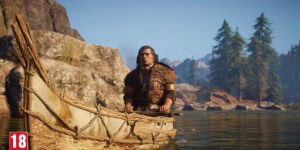 Maybe it’s just because I live upon the rolling hills of the English countryside – in a town pretty much where Eivor’s settlement of Ravensthorpe is situated – I do get bored of Valhalla’s main offering of landscapes and waterways. The American wilderness is just the more tantalising prospect. Vinland does have a very different feel than England and Norway – a unique atmosphere surrounding the mist-tipped sequoioideae. It’s the same location as the Frontier in Assassin’s Creed 3, yet 800 years earlier, and Vinland feels similar to that earlier game but also much denser. With every step I felt as if I were treading on new ground and the dominating forest would swallow me up. It’s a far cry from the empty fields of England.

As with Assassin’s Creed 3, the Ubisoft team has put a lot of effort into the historic and cultural accuracy of the game. Well, it breaks reality by having Vikings reach Vinland so early when in actuality Leif Erikson wouldn’t reach North America for several more decades, but once you’re there the world is treated with care and respect. The native Iroquois people are prominent and important in the arc, and they speak totally in the Kanien’keha language rather than English for the ease of the player. There are long cutscenes of them speaking the native language and you have to understand them through body language, tone and facial expressions. There are no subtitles. Eivor and the Iroquois swap stories at the end of the arc and, while neither understand the other, the long cutscene is riveting. It’s great seeing these two cultures, who have been and will be again ravaged by war, bond over this exchange of beliefs and mythology. 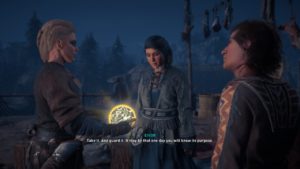 Re-treading the literal same ground as Assassin’s Creed 3 allows for some connections between the two games, such as returning to the door of the Isu Grand Temple, hearing Juno’s voice, and seeing how the crystal ball Piece of Eden ended up with the Iroquois. These prequel aspects aren’t something the huge franchise narrative has been crying out for but, as long-time fan, they are cool details. The Isu and modern-day stories of Valhalla are linking back to the Desmond phase of the franchise, and Vinland is a big part of that. I do want the series to ultimately move forward but for the past few years it hasn’t moved at all, so backwards is as good a direction as any. At least the story is now expanding and I like that it’s doing so by linking back to the earlier beloved entries.

Valhalla, so far, has been a great instalment. While certainly enjoyable, the past couple of mythical RPGs are often only tangentially connected to the core Assassin vs Templar conflict of the series, in both the present day and the past. The writers didn’t include it enough to please hard-core fans, but also didn’t outright reject it to allow for new players to not be confused. The series’ meta narrative has been in a state of half measures that pleases no one. Yet now, somehow, Valhalla has struck the right balance. Vinland offers an Assassin’s Creed experience of old that can be enjoyed by both returning franchise veterans and new players alike. 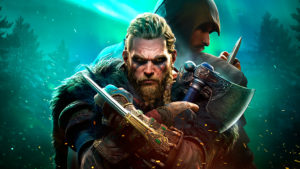 While Eivor may not be an Assassin – or Hidden One – herself, she’s working directly for them to track down a Templar agent and kill him before he can use a Piece of Eden. That’s as classic Assassin’s Creed as it comes. Compared to the rest of Valhalla, it’s a simple quest in a smaller world, with additional layers there if you want them. There are further motives, like the Viking family feud between Eivor’s family and Gorm, but Vinland is a microcosm of pure Assassin’s Creed. A perfect mix of old and new creating the best Assassin’s Creed content in years.

Have you been playing Assassin’s Creed Valhalla? What are your thoughts on the Vinland arc? Let me know in the comments and be sure to geek out with me about TV, movies and video-games on Twitter @kylebrrtt.