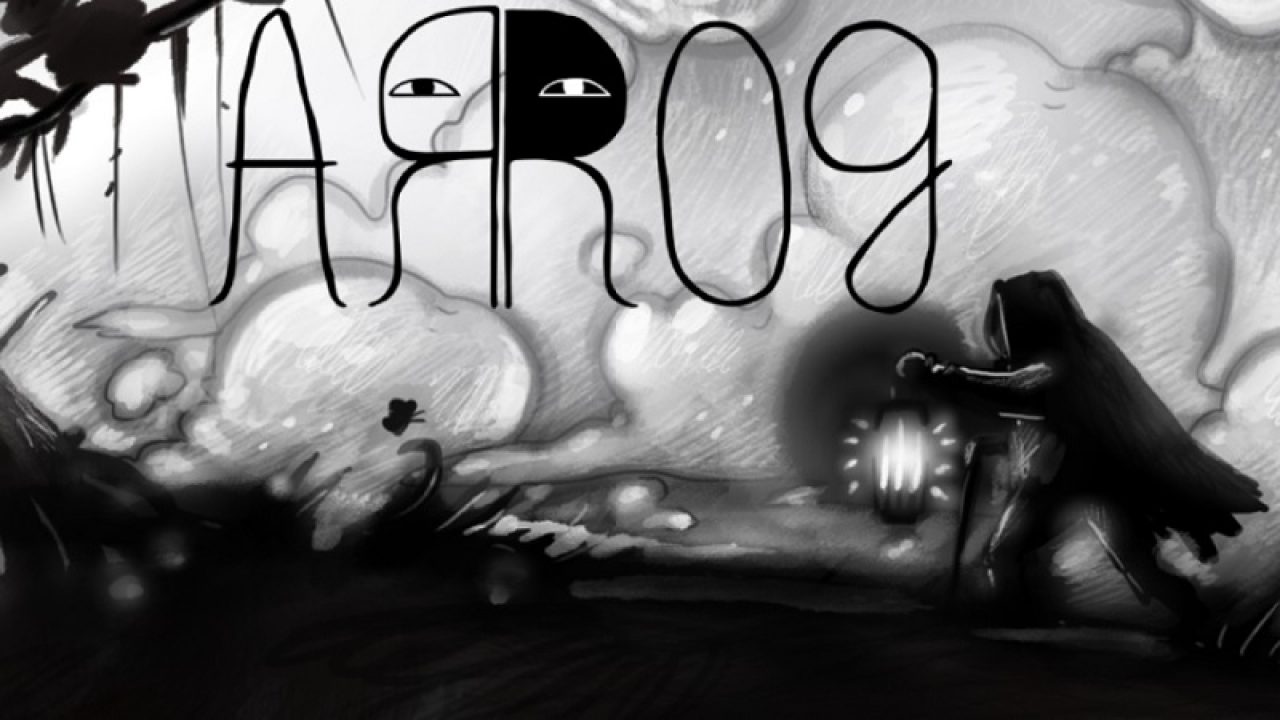 Arrog is a monochrome 2D puzzle game that’s like an artist’s sketchbook brought to life. With hand-drawn visuals, Arrog is a short series of experimental levels that tasks you with solving simple puzzles. As if inspired by the likes of 3D Mario games, every puzzle has its own unique way of solving, whether that’s playing around with abstract jigsaw pieces or demolishing statues by button-mashing. The highlight for me was composing a beautiful melody with the aid of neon hieroglyphs.

My interpretation of Arrog is that it’s about the circle of life. Before the game starts you witness a tribe hunting capybara, and from here-on-out the remainder of the game is both a celebration of the capybara’s sacrifice and also a tribesman’s journey through purgatory. Stars and rainstorms are paramount to the story, and their symbolism should be recognisable to most (if not all) cultures so their significance should not be lost on anyone. It’s a wordless story too, so by playing through the visual metaphors you won’t struggle to get a handle on what’s unfolding.

Arrog is already available on mobile, and based purely on the simple controls I think it would be a better experience on a phone than on console. The cursor is a little slow on PS4 and there are no settings for Arrog at all. It definitely feels tailored to mobile devices where you’re able to tap the screen anywhere instantaneously, and where adjusting brightness and volume doesn’t require any settings. The controls would definitely be more intuitive on touch screens than on a controller, and this means if you’re unfamiliar with some of the game mechanics that we all take for granted you might struggle with some of the puzzles. For example, one puzzle requires you to drag and slide an object off-screen. On a phone it’s a simple swish but on console it requires you to direct a cursor, hold down a button and flick the thumbstick in a particular direction. It’s not a complex combination of controls so I can understand how silly it might sound, but I don’t think it would be immediately obvious to some people.

For its short runtime and low price it’s the perfect little gem for trophy hunters, so if you want another Platinum under your belt you’ve got nothing to lose here.

Should you play it? Yes!

Why… Arrog has a beautiful short story to tell and it achieves this is a simple-yet-tantalising visual style. Quick and cheap to play, it’s the perfect way to relax after a stressful day.

But… It’s certainly not for everyone. If you’re not interested in walking sims or visual novels it’s likely you won’t extrapolate much meaning from Arrog.

Tanked Up 249 – A Medium Journey to Tohu