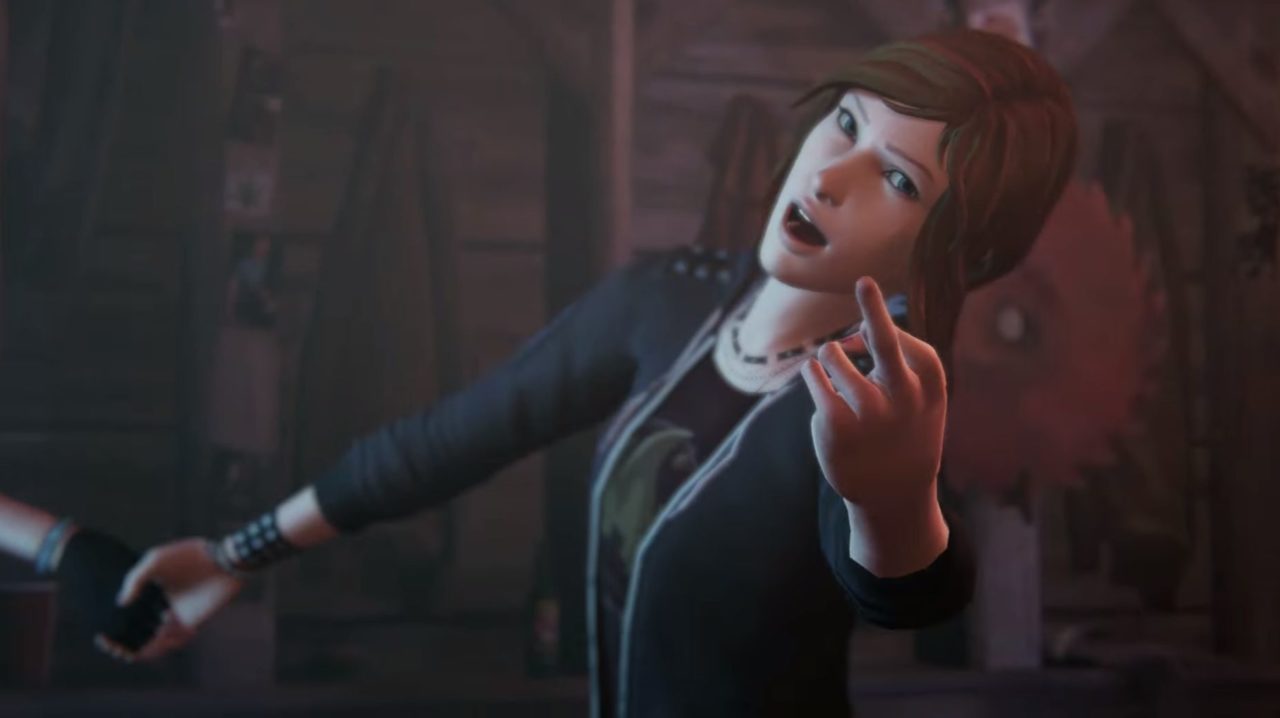 Life is Strange: Before the Storm is a Cruel Joke

With knowledge of what is to come and the ability to change the past yanked away, Life is Strange: Before the Storm messes with player agency and becomes a cruel joke, and is all the better for it
by Kyle Barratt 31/05/2022

Time travel and replaying events was such a key part of Life is Strange that how could a prequel possibly work without those elements and game mechanics? I remember thinking this back when Life is Strange: Before the Storm was released, and now, playing the remastered versions of the original game and its prequel back-to-back, I feel I truly understand the genius of the decision to remove those aspects. The player feels vulnerable and naked without the chance of a do over, without a sense of control, and that’s the point. Whereas you could play Life is Strange almost as the storyteller, from a godlike perspective, Before the Storm strands you as Chloe Price. The game removes time travel yet places you in the time you most want to change. Life is Strange: Before the Storm is a cruel joke. Despite the ability to do so being snatched away, it’s impossible to play Before the Storm and not try to change history, knowing what is to come. When Chloe steals money at the start of the game I pondered whether I could give it to Frank so Chloe doesn’t owe him in the original game, which has the potential to lead to some dark consequences, or maybe slip the cash to Joyce to have the Price family be in better financial position. Can I ensure Skip stays the Blackwell Academy security guard so David can never be hired, even if it means lying and saying his awesome music is actually awful? Maybe if Rachel takes the blame for her and Chloe skipping school then she could be suspended and therefore ultimately saved from death. But no. While the game offers choice in its own small limited narrative, the wider timeline can’t be altered. The deadly status quo leading to Rachel and Chloe’s death (she always dies in my playthroughs) is inevitable.

That’s the fascinating thing about Before the Storm: it’s a narrative, player-choice-led game where the player feels like they have so little agency. The outcomes they desire can never be reached. I love this bold choice and it places the player into the headspace of Chloe Price perfectly. Chloe’s dreams place her in her father’s car just before his death in a collision, another cruel joke. It’s torture, her trying to save his life but knowing she can’t stop it from happening, the screech of tires and twisted metal inescapable. Chloe can’t stop it and neither can we. I tried holding down R1 but nothing happened. Time, the fire in which we burn, marched on. In the terms of Twin Peaks, a show and film that heavily inspired the games, the player is like Cooper, confined to the Red Room, watching Laura and trying to reach out, break through, but is unable to. Yet, interesting, Before the Storm did allow me to correct a sin of Life is Strange. I chose to always stay angry at David, something the original game didn’t let me do, instead treating him as some heroic figure in the final episode. David hit Chloe in that game, his own stepdaughter, and I didn’t want to redeem his domestic violence so thankfully Before the Storm, while set before the slap, let me respond to it with the appropriate contempt. Nathan too, the eventual killer of Rachel, posed an interesting question. Should I be nice to him in the desperate, useless attempt to change the future or treat him as what I know him to be, only if it cements Rachel’s fate? If I set him up with Samantha, am I giving her a death sentence considering she doesn’t appear in the original game? Those are the hardest choices to make; the ones informed by Life is Strange yet are not answered by it.

Part of the cruel joke of Life is Strange: Before the Storm is that it is a vibrant story of two dead girls. Rachel’s death will serve as the impetus for the original game and Chloe’s will serve as its denouement. That doesn’t make the prequel meaningless, in fact it makes the time spent with these characters all the more important and impactful, yet there is always a dark cloud over the game’s romance/friendship. The happy ending, a montage that the series does so well, is suddenly thrown of by that harrowing post-credits scene, the darkroom unavoidable. In fact, my knowledge of Rachel’s impending death dominated my final decision of the game. I decided not to tell Rachel the truth about her father. Under other circumstances I would have but considering he only has a few months to live I wanted her to live a happy life, even if that means an ignorant one. That shows just how successful a prequel Before the Storm is: It’s a great story in its own right while also changing the context of the original game in fascinating ways. Life is Strange: Before the Storm lays out its grand thesis statement in a conversation between Chloe and Samuel, the kinda-creepy, kinda-lovable janitor at Blackwell. In Arcadia Bay, the town where everyone is depressed and has a personalised license plate for some reason, people present themselves as one thing yet are something very different under the surface. Do you live life content with interacting with the surface personalities or do you delve deeper, even if that also means darker? The game itself is the same way. Play it as its own experience, unaware of the events of Life is Strange, and it’s a melancholic and rather sweet experience with what can be a happy ending. But if you know what is to come, you see the dark underbelly, what the game truly is: a cruel joke on the player.

What are your thoughts on Life is Strange: Before the Storm? Let me know in the comments and be sure to geek out with me about TV, movies and video-games on Twitter @kylebrrtt.