Welcome to the fourth in a series of twenty recommendations, designed to turn the comic-curious into the comic-crazed. The first five suggestions are all self-contained volumes that require no prior knowledge or understanding, then after next weeks post we’ll graduate to some more in-depth runs and keep building from there.  If you’re new to comic books but interested in developing your knowledge, first check out A Beginner’s Guide to Comics, where we all the basics will be covered for you.

If you happen to enjoy one of the main recommendations, there are always three further books to try, that share a similar creative team, title character, or tone. So far we’ve covered a variety of genres within the medium, from straight-up superhero stories, to a handful of creator-owned projects. This time we’re going to split the difference with a Marvel book with decidedly less capes and tights: 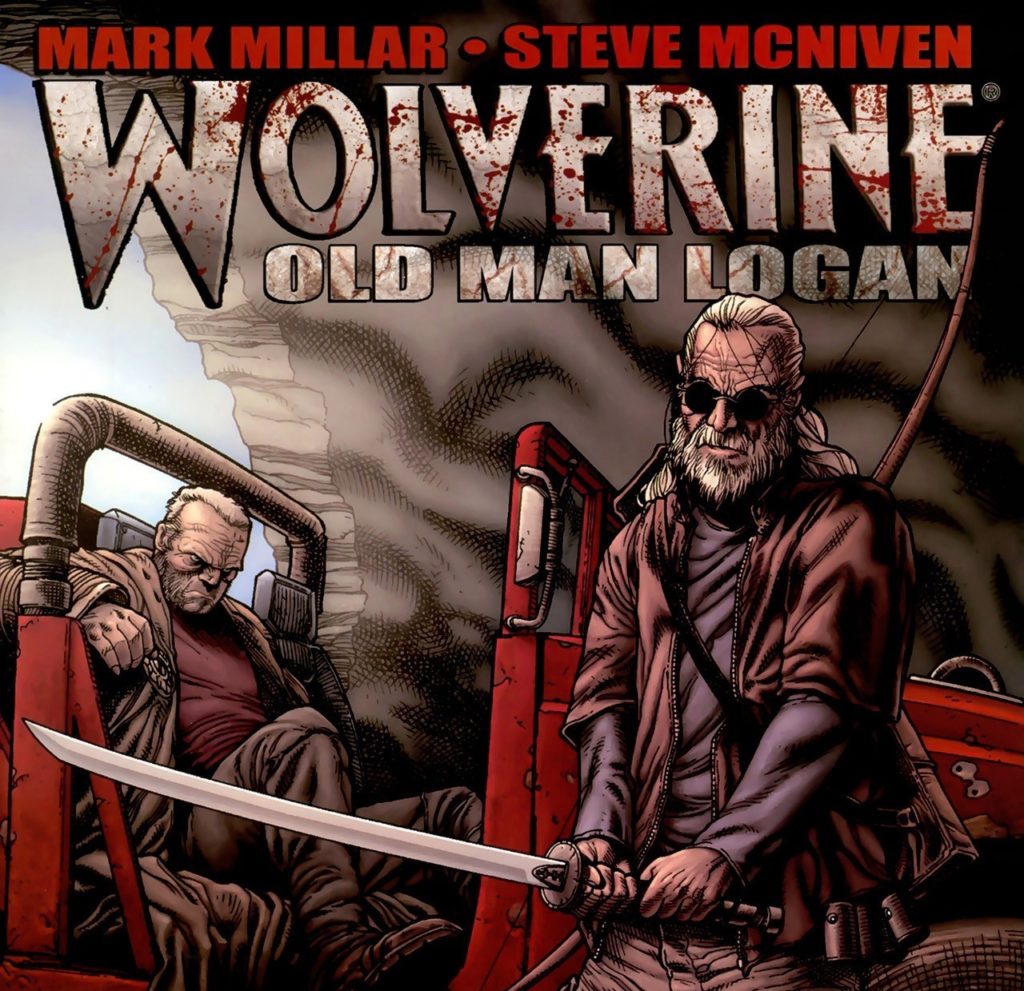 Old Man Logan was an eight-issue run on the main Wolverine title by the superstar team of Mark Millar and Steve McNiven. This was at the hight of their power, when they were fresh off a certain event book, and they were pretty much in a position to choose any project they wanted to do. For new readers, this story has the benefit of being unconnected to any continuity, as it’s set in an alternate future where the villains decided to band together with their far superior numbers and take out the superhero community for good. Very few of the old guard are left alive; only really the people who the villains have nothing to fear from. This includes a Hawkeye without the benefit of his vision, and a Wolverine who refuses to pop his claws. The reason behind Logan’s turn towards pacifism is kept secret at first, but when you are finally given the answers it will all make sense.

This is a story about two old friends taking a cross-country trip through some exceedingly unfriendly territory, in order for Logan to make enough money to keep the local mob off his family’s back for a few more weeks, only in this case the mob are also the severely inbred children of Bruce Banner. Several big characters from the wider Marvel universe make an appearance, and the world they inhabit feels remarkably fleshed out for such a short run. This is in no small part thanks to Steve McNiven’s cinematic storytelling and attention to detail. The world is quite a dire place, and there are a couple of truly gut-wrenching moments, but there’s also some levity and bombast that make the story more well-rounded, and less like a typical post-apocalyptic nightmare.

This story is said to be the inspiration for the in-production Wolverine movie, so if you’re interested in picking up a copy before that, you can find it in a single Trade Paperback

, or as part of Mark Millar’s Wolverine Omnibus

, which also collects his previous run with John Romita Jr. For digital readers you’ll also find it on both Comixology and Marvel Comics Unlimited.

The same two creators have done a couple of books together, but the most well known is Marvel’s Civil War event. Most people will have a working knowledge of this story, and the imagery above really says all you need to know, but if you want to know more about this book you can have a look at Enduring Events: Marvel’s Civil War, in which the entirety of the event is discussed, from the build-up to the fallout. You can find this in Trade Paperback

, or you can splurge on a Box Set

that includes all of the tie-in stories. The usual digital options are available as well.

When the first run finished in 2009 we thought we’d seen the last of the elderly Wolverine and his hellacious western reality, but that wasn’t the case, as in 2015 alternate worlds collided in Marvel’s Secret Wars event, and Old Man Logan was given life anew. In the tie-in mini-series to Secret Wars, Wolverine went on a globe trotting journey across the domains of Battleworld, bumping into alternate versions of a variety of characters who’d managed to survive the end of all things. Brian Bendis cleverly builds on what Mark Millar established, and adds some of his own twists to the mythos, and Andrea Sorrentino provides some pencils that actually rival Steve McNiven’s. This short run leads into an ongoing series by the same artist, but written by his collaborator on Green Arrow, Jeff Lemire. You can collect this story in a Trade Paperback

, but it seems to have gone out of print very quickly so you might want to use ComiXology for this one.

If you’re looking for something in a similar dystopian-cowboy-future setting, then this might be the book for you. East of West is an ongoing series, currently in its sixth story arc. It follows the four horsemen of the apocalypse, with a particular focus on Death, but to say too much about the story would spoil something, as it is as cleverly orchestrated as science-fiction gets. Hickman is a meticulous planner who spends a great deal of time moving his characters around the board, revealing secrets one by one until everything is bought together in a grand finale. If that sounds like the kind of story you’d like to experience as it happens, then you can catch up on the series with the oversized Apocalypse: Year One edition

. The entire series is also available on Comixology, and the first issue is only 69p (99c), so you can try it out for the price of a chocolate bar.

That brings us to the end of another round of recommendations. Next week will be the last time we focus on the short, standalone stories, as we’ll be moving onto slightly bigger runs of 3 to 6 volumes in length. They’ll cost you a bit more, but the rewards are even greater, as some of the best runs in comics were finished in less than six volumes. To keep track of all the future posts just bookmark the original article, and scroll down to the bottom to the index, which is updated shortly after each recommendation goes live, or just come back in a weeks time.