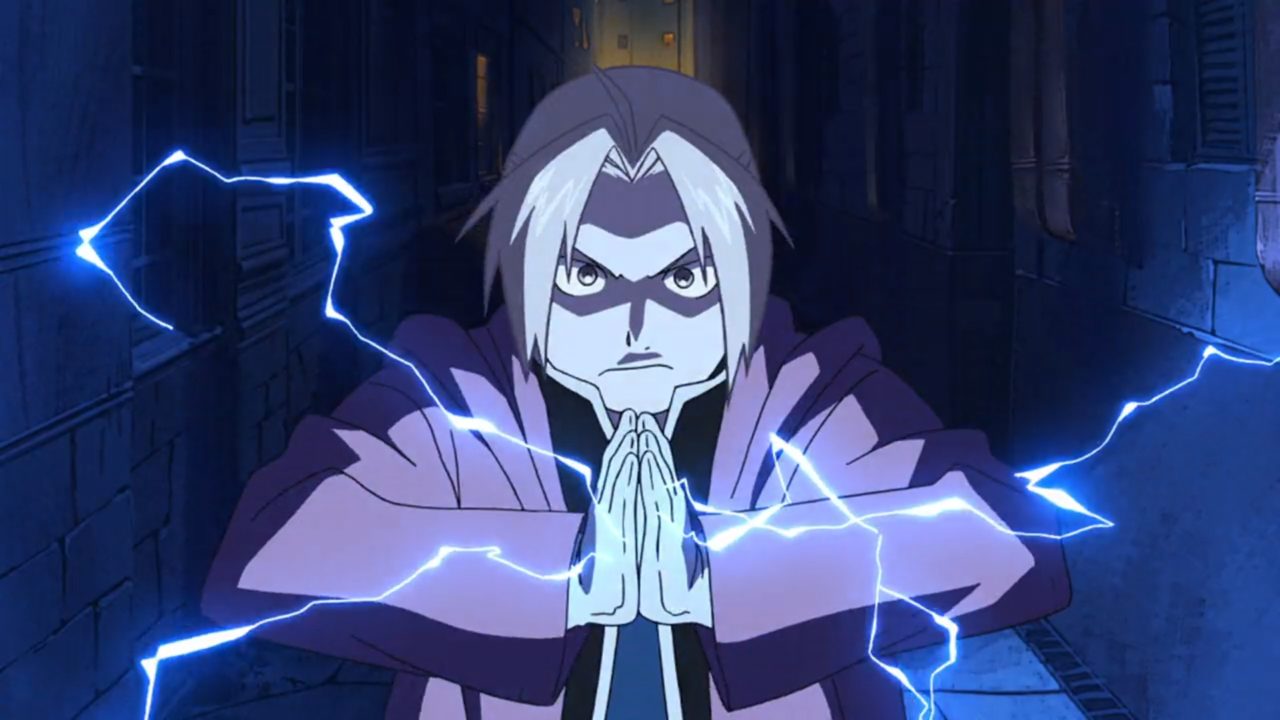 To be brief, if you were intrigued by my earlier article but haven't started the show, you should rectify that immediately and get watching.
by Adam Thomas 13/03/2019

Following on from my earlier article, The Dark Side of Alchemy, I’m now in a position to share some thoughts on Fullmetal Alchemist: Brotherhood as a whole. I wrote the earlier article after I had finished “Part 1” which is the first 13 episodes; this time I’m writing having finished all 5 parts of the series. To be brief, if you were intrigued by my earlier article but haven’t started the show, you should rectify that immediately and get watching. If you still need convincing though, or have watched the show, continue on.

Previously I mentioned that FMA:B brilliantly balances the serious nature of events with some great character interaction and comedy moments; that remains the case throughout the show. It’s an integral part of its charm. FMA:B doesn’t follow a character development path that is common to shows like this. The Elric brothers don’t become stronger as the show progresses. They learn new things, adjust, adapt and apply themselves differently to the problems they face as they move forward but they remain fundamentally the same. They learn and grow but I wouldn’t say they become stronger in the way that characters often do in a series like this. There’s no powering-up, going super saiyan, unlocking hidden potential or anything like that here. They improve with experience, their determination and focus becomes sharper over time and that sees them through. It’s fantastic to see them grow in this way and keeps the show very grounded. 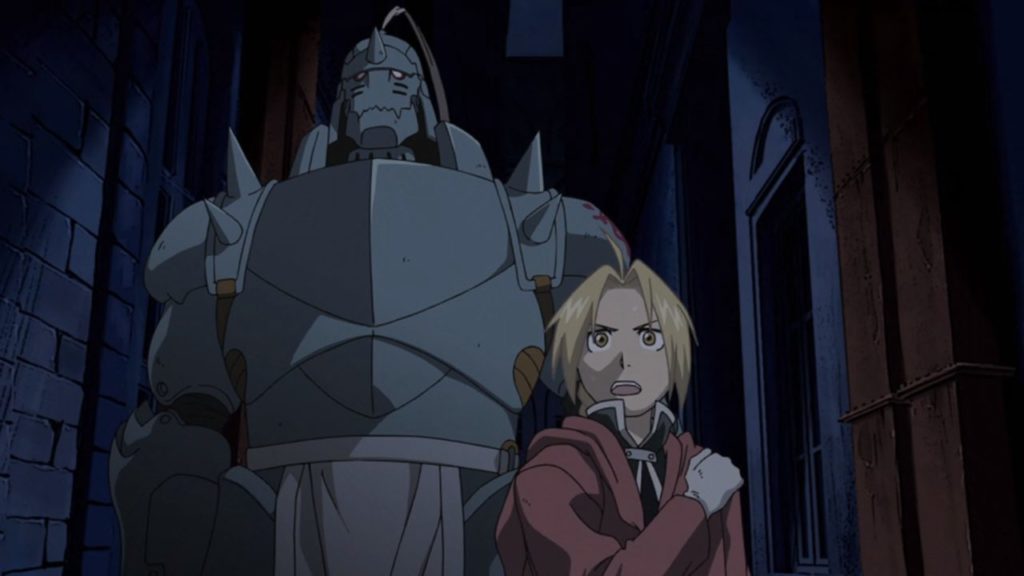 The central drive for Edward & Alphonse Elric is their desire to get their bodies back to normal. Alphonse is a suit of armour as his body was lost and Edward is missing an arm and a leg; obviously they want to sort that out as soon as they can.. Around them however is a much larger story; Full of intrigue, twists, turns and an initially slow but relentless build towards the end game. The plots progress is brilliantly paced, neither feeling rushed nor slowed, it’s finely balanced to allow the natural development of the characters without getting bogged down. In short, it’s fantastically interesting to watch as things unfold.

A critical component of an anime series is, of course, the animation. I’m delighted to say that the animation in this series is consistently brilliant. Bones Inc. the animation studio that developed the show have done some incredible work here. The depiction of their alchemy at work, the character designs and fluidity of the animation are all excellent. Consistently excellent in fact. It’s clear to see why Bones Inc. are so highly regarded as a studio based on their work here.

In short, Fullmetal Alchemist: Brotherhood is absolutely brilliant. Make sure to watch it.

Fullmetal Alchemist: Brotherhood is available currently on Netflix in the UK.

Tanked Up 155 – Cracking down on the Occupation