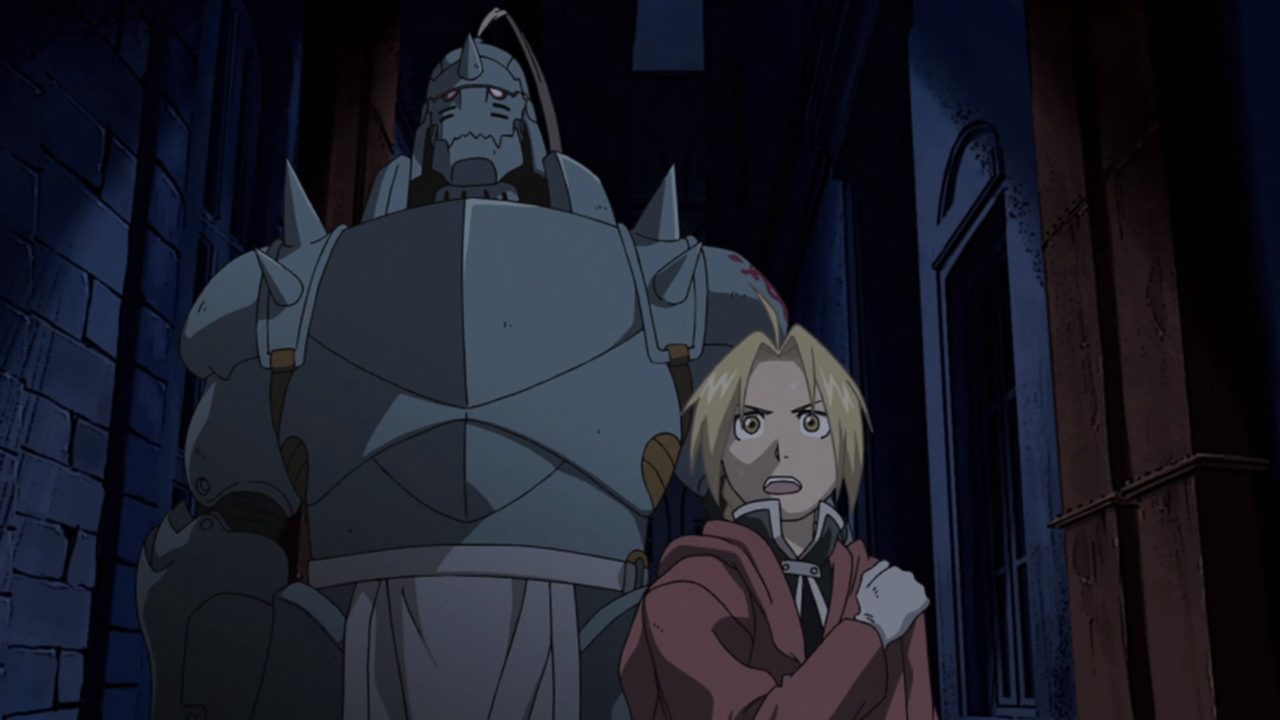 I was blindsided. Though it is clearly my own fault, I guess. For the first few episodes, I had been watching but not giving it my full attention
by Adam Thomas 13/02/2019

Fullmetal Alchemist: Brotherhood caught me out big time. I really wasn’t prepared for what would happen in Episode 4. I don’t think I could have been less prepared for it if I’m honest. “What happened?” you ask; I’m not going to tell you as that would spoil it. What I am going to tell you is how I’ve felt about it since finishing “Part 1” (or, the first 13 episodes).

I was blindsided. Though it is clearly my own fault, I guess. For the first few episodes, I had been watching but not giving it my full attention. We’ve all done it. Watched a show while fiddling with our phones only to realise about three quarters of the way in, that we’ve missed something important because we’d been looking at the latest “dank memes” or whatever. Some shows will never get your attention and resign themselves to being on in the background; Others fight to bring you into them. Fullmetal Alchemist: Brotherhood is the latter. So, when FMA:B decided it was going to grab my attention… it didn’t hold back with the punch to the gut it delivered. 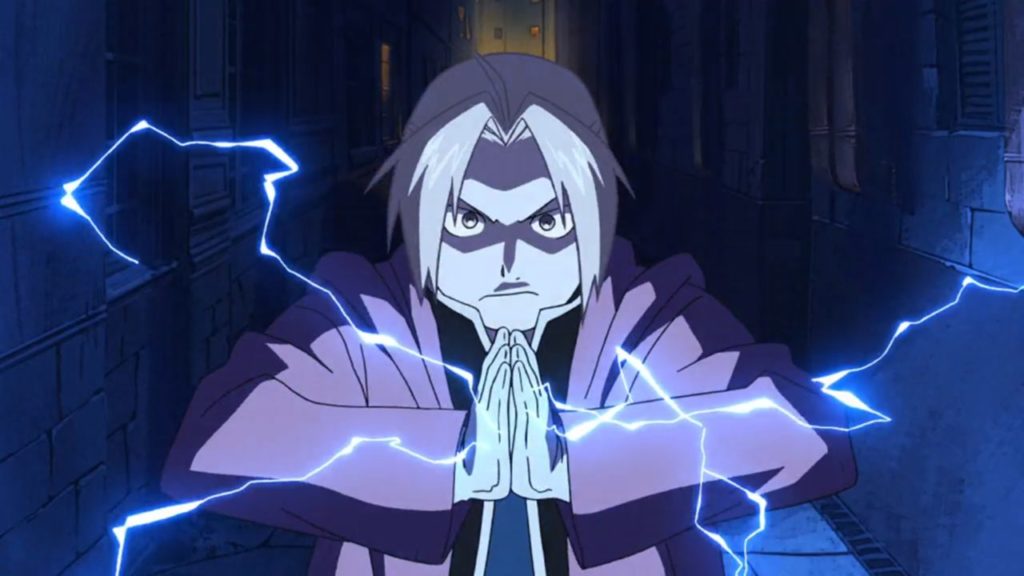 The show is set in an alternate world, similar to our own, in the year 1914. So we’ve got steam trains, basic cars, telephones, wirelesses, Victorian-esque architechture and the like. That forms the backdrop to events. The key difference between the real 1914 and the one in the show is, of course, alchemy. Alchemists in this universe can use their understanding of the make-up of objects to transmute (alter) it and reshape the world around them; from creating weapons or reshaping landscapes they’ve a broad range of things they can do with alchemy. It can be used for healing & mending or, as is often the case, it can be used to destroy and kill. There’s 2 key things about how it works; first is the law of equivalent exchange. You can’t make something out of nothing, something of equal value has to be exchanged. The second is the big taboo, that you can’t conduct human transmutation. After all, what is as valuable as a human life? So far, so simple, right.

The 2 main characters are the Elric brothers. The Fullmetal Alchemist, Edward Elric and his younger brother Alphonse Elric who wanders about in a big suit of armour. Perhaps “in” is the wrong word for it; Alphonse Elric is the suit of armour. The show goes into how that becomes the case, so I won’t go into the details of it here. Suffice to say that FMA:B doesn’t shy away from the serious and dark nature of the events that occur. Where other shows would be tempted to undercut things with a joke, or something more silly, FMA:B gives those things room to breathe. It lingers on them just the right amount to hammer home the feeling it is conveying. Despite this, the show isn’t dour. It’s not dreary and depressing. It’s actually really enjoyable and funny at times too. A lot of that is down to the characters and their interactions. There’s plenty of comedy moments that come from that aspect of the show, as well as serious moments. They are quite natural without any of the emotional beats, positive or negative, feeling forced. The Elric brothers and their friends, old and new are incredibly interesting and well realised, they make it all feel real which is exactly what the show needs.

I’ve enjoyed my time with it so far and I’m going to continue watching it. I want to see where the Elric brother’s journey takes them.

If you are interested; Fullmetal Alchemist: Brotherhood is on Netflix in the UK.

My time with The Division 2 beta