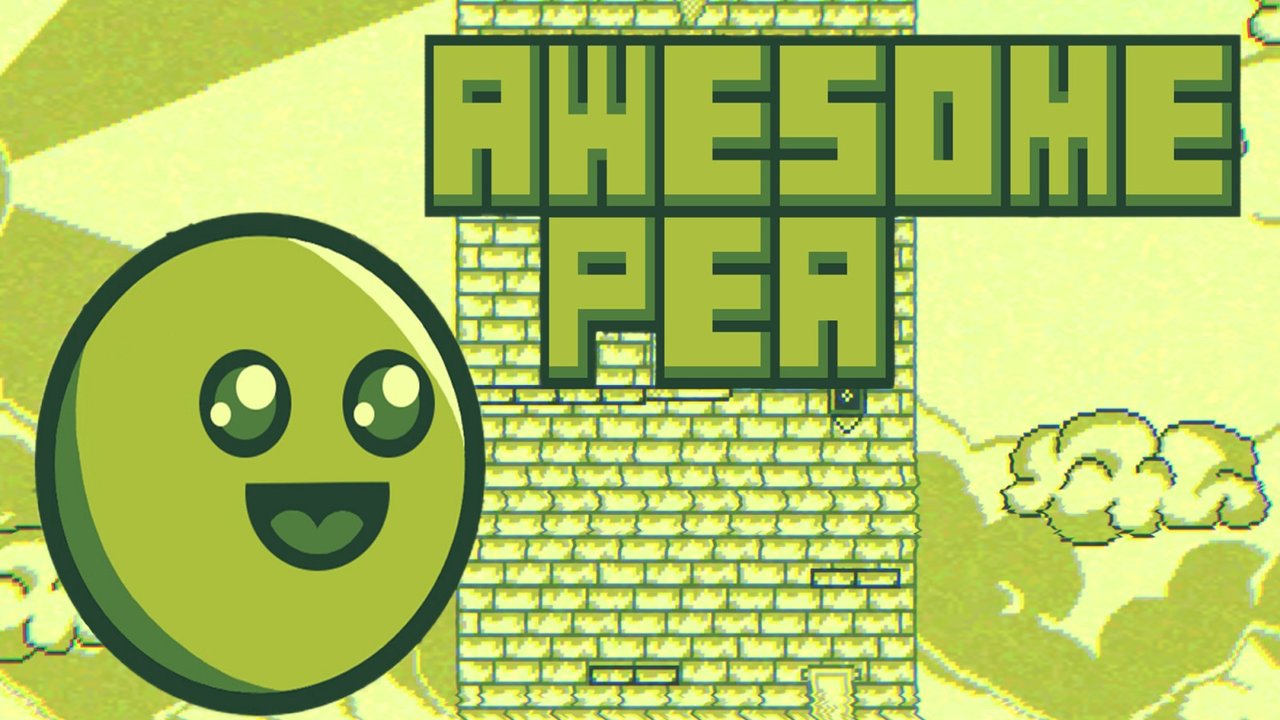 Inspired by the limited word count of social media and the quick-fire, unfiltered conversations that take place inside of them, Revved-Views is where I will attempt to review a game as concisely and as informal as possible. We’re all friends here, so rev your engines and come on this journey with me. I promise you, it’ll be a short one. Awesome Pea is the GameBoy-ist game of 2019. With retro pixel graphics, pea-green chromatic hues and a classic chip tune soundtrack, playing Awesome Pea is like being thrown back in time to 1989. It’s a blatant homage to the games of my youth and I found that oddly satisfying. At the risk of offending all teenagers everywhere, the younger generations probably won’t appreciate its simplicity and its lack of variety like I did. It’s definitely a nostalgia trip, that’s for sure.

Awesome Pea is a bare-bones Platformer comprised of 25 levels of deadly traps and dangerous frogs, and all you’ve got to do is gobble up coins and diamonds without dying. Die, and you’re thrown back to the start of the level to start again. To put it plainly, there are no bells and whistles. No power-ups, no levelling, no health bar. There’s not even an explanation as to why there’s a greedy pea eating money. It feels like something that was vomited up during a Game Jam.

There are a couple of references to Super Mario Bros. such as the use of pipes, coins and an illustrative over-world with little flags to mark where you’ve been. It was a cute touch that gave me instant flashbacks of playing my GameBoy as a kid. Awesome Pea actually has a couple of options to make the game feel even more like a product of the 90’s but I found the visuals too distracting and oppressive, so I switched those bastard things off in the settings. It was challenging but the difficulty curve was inconsistent. I blitzed through the last third of the game quicker and more successfully than I ever did at the start. Maybe I got good at it. Maybe I am good at videogames. Maybe I will give Sekiro a go.

Should you play it? Maybe

Why… It’s a cheap game and you’ll be supporting an indie dev who potentially has a decent run ahead of ’em. It’s also quite a quick game to finish so you won’t have to sink much time into it. I don’t chase trophies but if you do this is an easy one.

But… It can feel like the same 4 mini-games on a loop. You’ll either dig it or detest it. If you have no desire to relive a 2D Platformer with limited assets (there’s only really 3 enemies: spikes, buzz saws, and frogs) then let this one pass you by.